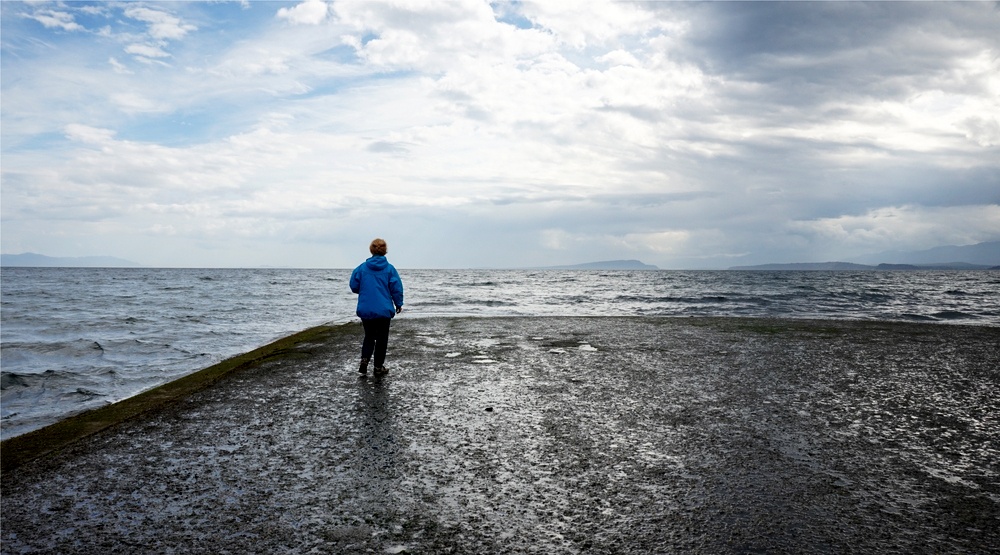 A woman walking on the coast near Courtenay and Comox, where the election race has been extremely tight (StaceyL/Shutterstock)

Well, we’re one more day into a hung provincial parliament. Thankfully, that means we’re also one day closer to finding out the final results of this year’s BC election.

In the legislature, as of election night, the BC Liberals hold 43 seats, the BC NDP hold 41, and BC Greens hold 3, so no one has a majority.

But absentee ballots and recounts could change that, as a few of the ridings were just so damn close, they could go either way on the final tally.

Here’s a quick rundown of the ridings that are too close to call for now. Elections BC has not released how many absentee ballots might be pending for each ridings.

In Coquitlam-Burke Mountain, the BC Liberals are ahead by just 268 votes. On Friday, this was revised from 170 votes, after Elections BC realized there had been an error.

A recount in Coquitlam-Burke Mountain has already been requested by the BC NDP.

In Courtenay-Comox, the BC NDP are leading by nine votes. Yep – you read that right. NINE. And people say their vote doesn’t count.

The BC Liberals have reportedly already requested a recount in Courtenay-Comox. Daily Hive is working to confirm this.

In Maple Ridge-Mission, the BC NDP is ahead by only 120 votes.

In Richmond-Queensborough, the BC Liberals are ahead by just 263 votes. A recount here has already been requested by the BC NDP.

Overall then, the situation for the BC Liberals and the BC NDP is this:

BC Liberals–on the final count, they need to win three of these four ridings to form a majority government, without negotiations.

BC NDP–on the final count, they need to win all four of these ridings to end up with more seats than the BC Liberals, though still not a majority.

However, the BC NDP has also filed for a recount in Vancouver-False Creek, where the BC Liberals incumbent Sam Sullivan beat Morgane Oger by 560 votes.

So that could be worth watching too…

And if Vancouver-False Creek ends up going to the BC NDP, then they may be in with the chance of a majority. Here’s hoping May 24 delivers a decisive answer.