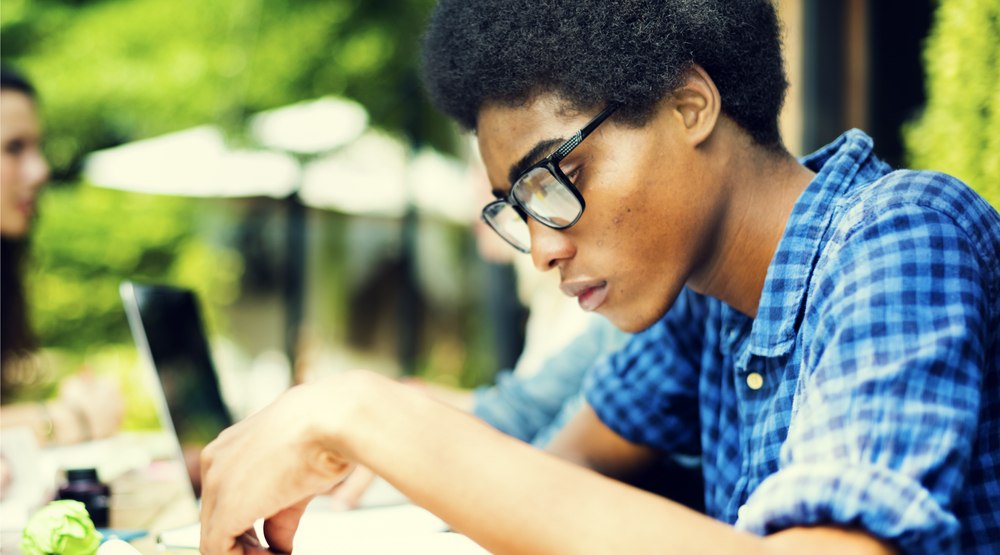 Ever felt frustrated that you’ve gone (or continue to go) to college or university more than British Columbians did in the past in order to land jobs that pay less? Around $10,000 less, in fact, even before you calculate how we less often land jobs that have generous pensions or extended health coverage. 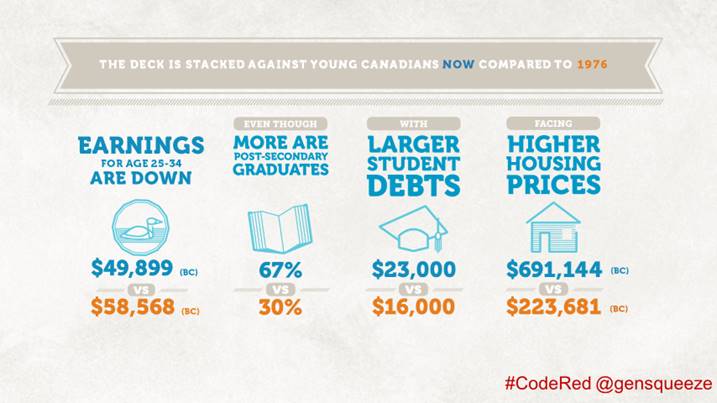 How life in BC adds up for young people (GenSqueeze)

Postsecondary debt makes it harder to afford life in BC – especially since home prices have left behind our earnings regardless of whether we are renters, aspiring home owners, or have recently got into the market. Tuition is one important factor in shaping student debt levels.

The table below shows how average tuition today in BC compares with other provinces. It paints a mixed picture.

Tuition has gone up in BC more than in any other province since 2001 (although the increases in Saskatchewan and Ontario are nearly comparable).

However, unlike those provinces, BC still has tuition levels that fall below the Canadian average. 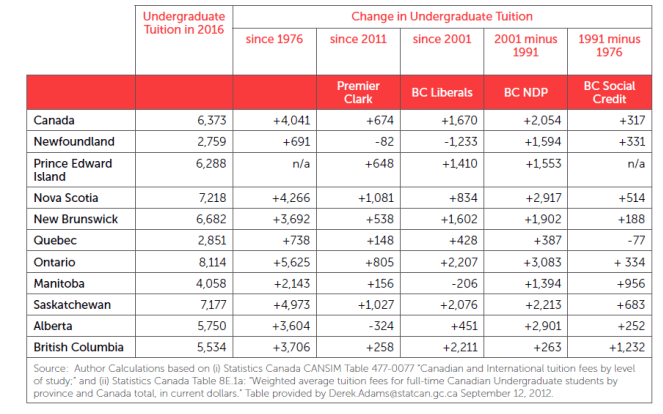 Wondering what the three parties are promising for postsecondary spending?

There’s not much to choose from between the three parties on this issue. All three platforms propose spending around $6.6 billion, and are within 2% of one another.

We leave you to judge whether this is good or bad.

Even though undergrad tuition increased more in BC since 2001 than in any other province, tuition in BC remains below the national average.

As a result, all three BC political parties are committing to invest considerably more per capita in postsecondary than, for example, Ontario does.