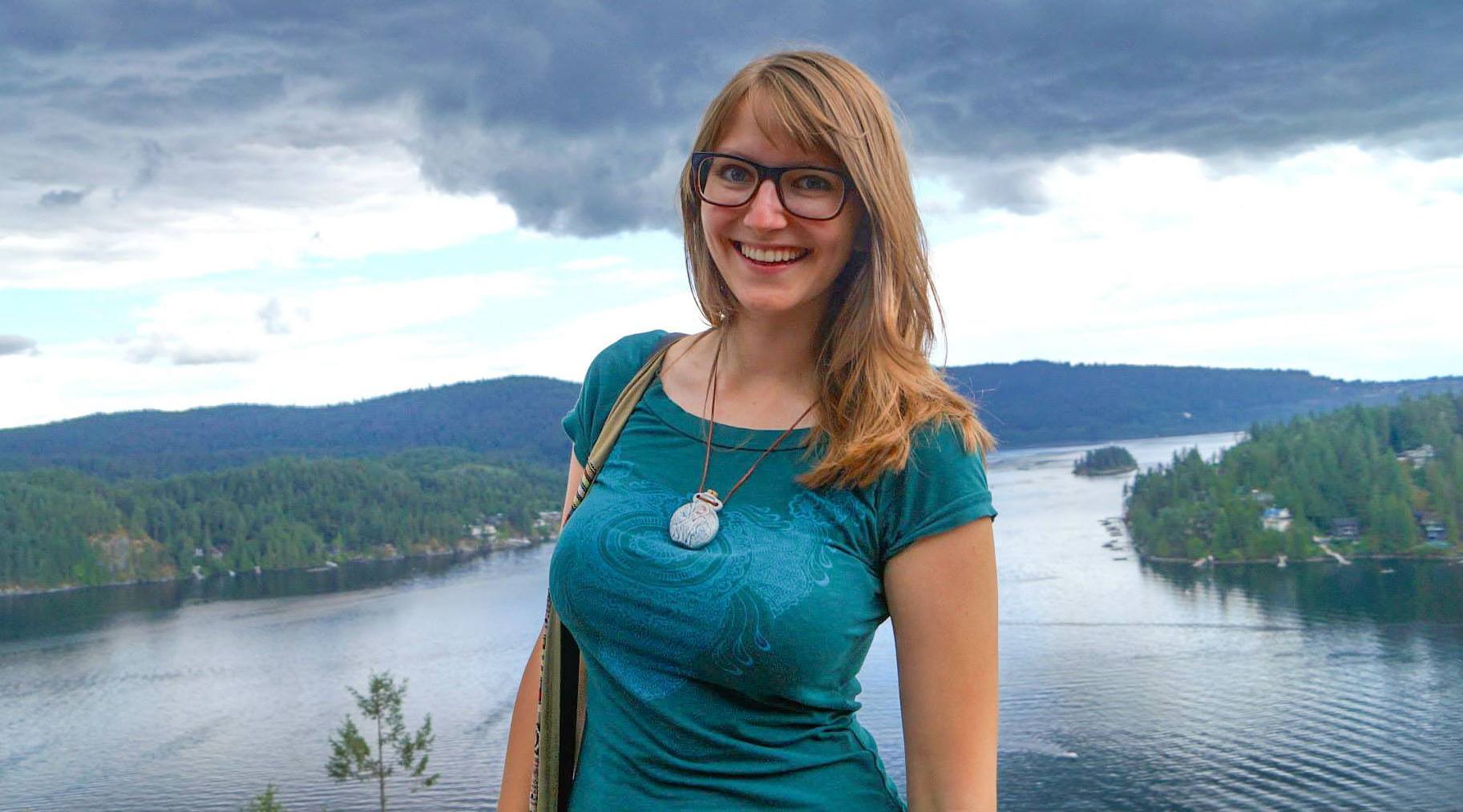 I am currently at UBC studying Political Science and First Nations Indigenous Studies. I have just finished my fourth year of a projected five-year double major undergraduate degree.

Outside of class, I am involved in the BC NDP as one of the Co-Chairs of the BC Young New Democrats and as the Volunteer Coordinator for David Eby’s re-election campaign in Vancouver Point Grey.

The BC Young New Democrats is the youth wing of the BC NDP. It focuses on engaging people under 30 through social events, a mentorship program, training, and connecting these engaged youth to local campaigns and with constituency executives across the province. Our annual convention is held in November.

As the Volunteer Coordinator for David Eby, I help recruit and retain volunteers who do door knocking, phoning, data entry, attend public events and various other tasks.

I’ve found that campaigning is a high-energy environment and volunteers are excited to commit their time towards a candidate they believe is working for them.

[For the record, Daily Hive is committed to representing views of young voters, whether they have political affiliations or not. None of these voter profiles has been paid for and we always seek to make it clear when we know voters profiled have official party allegiances.]

As someone of predominantly mixed European settler ancestry, I feel privileged to be an uninvited guest on Turtle Island. I try my best to learn about the local First Nations whose land I am occupying and work towards reconciliation and better settler allyship.

I first voted in the 2013 provincial election, just after I turned 18, and I’ve been voting ever since!

Absolutely! I actually have already voted early at the District Electoral Office.

My parents taught me certain fundamental values that inform my life both in the way I live and vote, but they never told me who to vote for.

Overall, I’ve think my parents are incredibly inspiring people who are dedicated to their community in non-partisan ways, and I’m grateful they gave me the space and freedom to decide where I stand and who to vote for.

Although I’m now working with the BC NDP, I have tried to follow their example by telling younger members of my family that they need to make voting decisions for themselves by thinking about the values and policies espoused, instead of basing them on inherited party affiliations.

I think it’s important for young people to make decisions for themselves. We need to empower young people, and trust that they’ll sort through all of the information and find their own answers. They’re smarter than we give them credit for.

I follow BC politics closer than federal politics, actually.

I really am interested in a lot of issues that are within provincial jurisdiction, and I think a lot of people don’t realize just how much decisions made by the provincial government impacts various facets of our lives.

I’ve also always considered myself to be a BC girl even before being a Canadian. I’m proud to come from the West Coast and I have a lot of love for this beautiful province.

Yes! David Eby from the BC NDP was elected in a monumental race in 2013, beating out Christy Clark for her own seat. He is seeking re-election and I’m very excited to support him.

Also running are James Lombardi from the BC Liberal party, Amanda Konkin from the BC Greens, David Stall from YPP [Your Political Party of BC], and Brian Taylor as an Independent.

[The BC Conservative Party has no current leader, after Brooks was ousted by the party last year.]

One of my dreams as a pre-teen was to be an elected official because you can address so many critical issues like healthcare, education, the environment, Indigenous Rights, transit, arts and culture, housing, etc.

Being involved in the BC NDP has shown me all of the different ways you can have an impact without being an elected member of parliament or the legislature.

I’m not sure where my life will take me just yet, but I’m excited to be in the roles that I am in currently and to see where they lead me into the future. I don’t think I’m leaving the political scene anytime soon.

I think climate change is the most pressing issue facing young people today, and also one of the most neglected.

The conversation around climate can be tough. There are so many different ways it affects us: almost seven million deaths annually from air pollution, increased storms, increased forest fires, melting of ice, the list goes on.

There are also many ways to take action: carbon taxes, cap and trade systems, building robust transit infrastructure, vegan diets, conservation, switching to renewables, and divestment — to name only a few.

It’s not easy, but I think the complications inherent in climate change discussions reveal how many possibilities there are for action.

Climate change is already happening, but it’s going to continue to get worse in our lifetimes — which is an issue of great concern to young people.

In my experience, young people are ready to take action on climate change. We inherited a broken system and we see that it’s our job to fix it.

But until more young people get elected, we have to continue to push our government to create meaningful environmental policies.

I want to see BC’s greenhouse gas emissions return to a downwards trajectory. I want to see a better transit system, not only in the lower mainland but across the province.

I want to see the money from our carbon tax go towards climate action and sustainable job creation in renewable industries. I want to see investments in energy efficiency, reforestation and clean technology.

I look forward to a time when the province will be considered a climate champion rather than lagging in global climate change action.

Overall, I haven’t been impressed with Christy Clark’s track record on climate change or the environment in general and I think it’s time for a change of direction on this issue.

Our public education system has seen cut backs and neglect for far too long.

My mom has been a teacher for 30 years in the public school system. I grew up knowing her struggles, particularly in the past several years.

BC families are struggling to get by and some kids aren’t even going to schools that are adequately funded for the basic supplies — pencils, notebooks, etc. I know who has been footing the bill for those supplies: it’s been teachers.

When my mom took me to buy school supplies each year, we had to get enough for 10 other students in her class.

To pay for this and for field trips or musical education, she’d do bottle drives and other fundraisers with parents almost every other week to just make sure her students can learn.

There hasn’t been adequate support for students in the public education system.

On top of that, there has been an increase in school closures, which not only hurts students and teachers but hurts communities, especially in rural and remote areas.

The reason why this issue is important to me is not only because it has impacted my mother as a teacher, and me as a 2013 high school graduate, but because young people involved in politics are not only those 18 and over.

Engaging young people in politics starts earlier than that.

We need to ensure that both in high school and elementary, young people are getting properly funded and staffed education in order to better prepare them for post-graduation and engagement in our democratic and political processes.

The BC Liberals have wasted years and millions of dollars fighting teachers. It shouldn’t take a Supreme Court decision to adequately fund public education.

Overall I want to see a change in that relationship.

That change should start with a renewed investment in public education to provide supplies and playground equipment, to fund support staff, arts and sports programming and seismic upgrading, and to reduce class sizes and protect schools from closures.

Young people are the future and we can’t only care about young people that can vote. Caring for and empowering young people starts in our public education system.