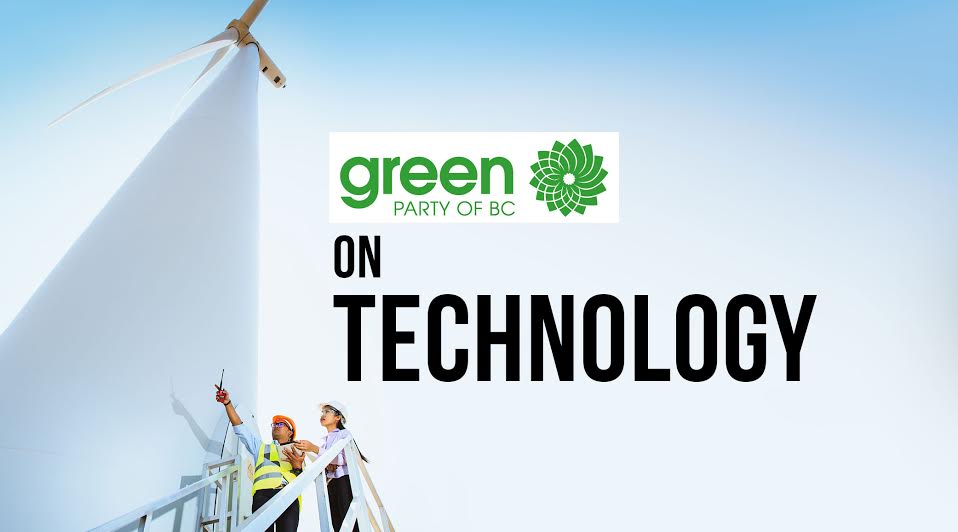 BC’s tech sector is cutting edge, but it needs investment if it’s ever going to go global. With the potential for well paid jobs, tech matters in this year’s BC Election.

Of course, the three parties have their own strategies for boosting BC’s tech sector. Here’s what the BC Greens told Daily Hive about their plan.

“The BC Greens believe technology is the future of this province. British Columbians are highly innovative and the BC Greens want to help them get their ideas off the ground.”

The BC Greens plan to establish an Innovation Commission to support the BC tech sector, to attract investment, offer funding and market BC tech.

An Innovation Commissioner would be appointed to act as an advocate and ambassador for the BC tech sector in Ottawa and overseas.

The BC Greens also plan to invest $50 million a year in business accelerators, incubators and affordable space for small and medium-sized businesses.

As well, it would provide $70 million a year to help entrepreneurs get seed and angel funding, particularly in the areas of digital media and technology.

On top of that, the BC Greens are also promising $35 million over four years to attract and encourage talent to create and grow companies in BC.

The BC Greens plan invest $120 million over four years in partnerships between business, universities and colleges and government to support climate-friendly tech.

The investment is aimed at increasing research, development, and the commercialization of products that reduce greenhouse gas emissions.

As well, the party would invest up to $20 million per year to support ideation, mentoring and networking at universities and colleges, integrating students into existing companies.

In terms of procurement, the BC Greens have committed $20 million to supporting the adoption of green tech by the provincial government.

The BC Greens also plan to establish an Emerging Economy Taskforce to address the changing nature of business over the next 10 to 25 years.

The taskforce would include business and industry representatives, who would develop a plan for regulating and supporting new sectors, like tech.

The taskforce would also advise on how to attract and retail workers with key skills, and how to support innovation and development.

The BC Greens also plan to work with the federal government to use the tax system to promote entrepreneurship and innovation.

As well, they will review and adjust existing programs to ensure they are effectively supporting innovation and new business models.

Finally, the BC Greens are also pledging to modernize labour laws to protect people who work part-time, on contract, or are classified as “independent contractors.”