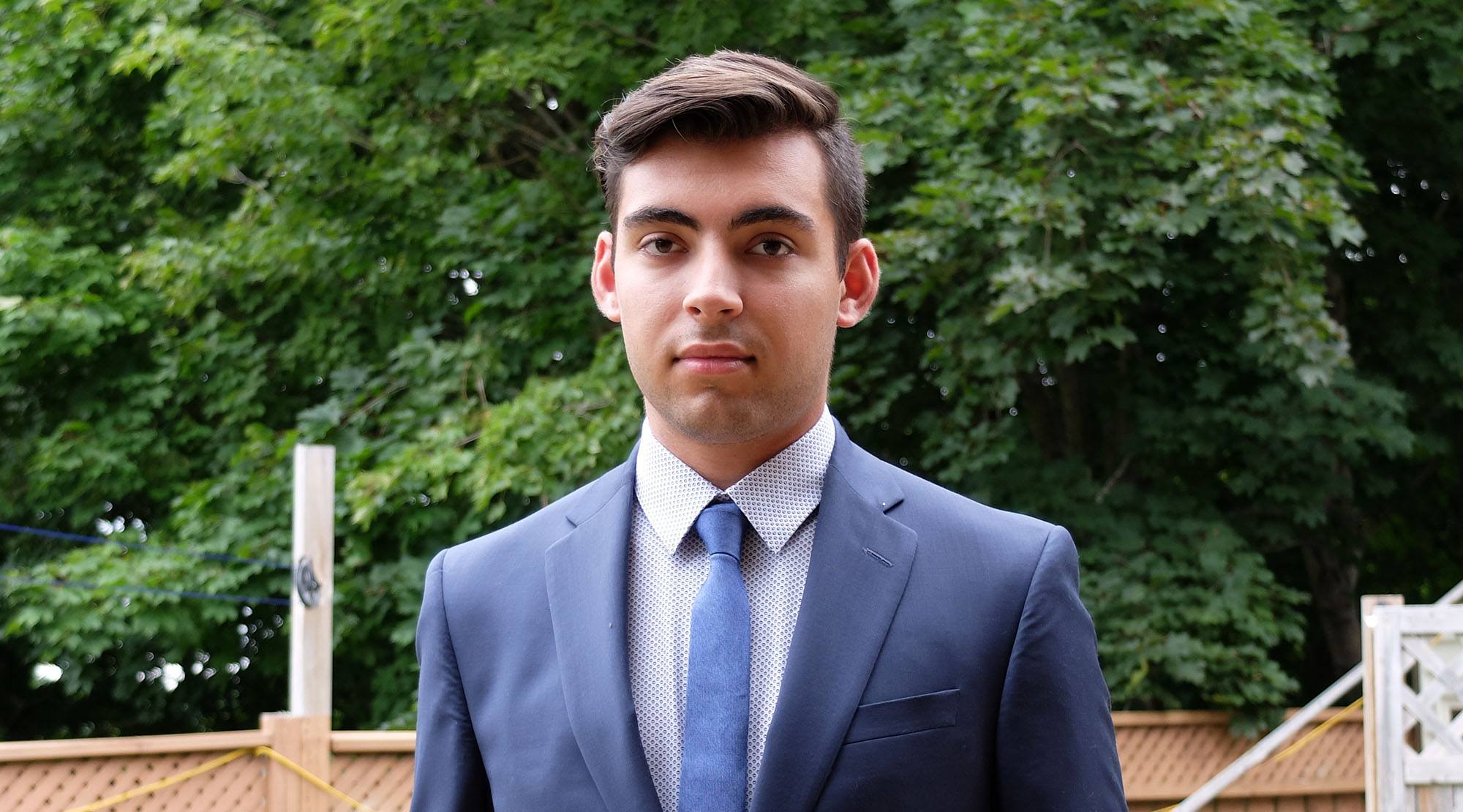 Young voter Adam Wilson has worked for the BC Liberals before. (Adam Wilson)

I’m currently finishing up my last year of my Bachelor of Arts degree at McGill University, and then I will be attending Ryerson University in September to begin by Master of Planning degree.

[For the record, Wilson is president of the Conservative Association at McGill University and the Quebec Youth Chair for Dr. Kellie Leitch’s Conservative leadership campaign. He sits on the Board of Directors for the Kelowna-Lake Country Conservative EDA and has also previously worked for the BC Liberals.]

Right now I’m living in Montreal, but I was born and raised in Kelowna, BC and usually go back for the summers between academic years.

This past federal election was my first time!

Not at all. My mom hates politics and my dad is in position where he has to be apolitical, so if I mention politics he usually walks right out the room.

I didn’t used to follow it very closely, but ever since I started university I’ve been following BC politics extremely closely.

Absolutely! Steve Thomson is the incumbent Liberal candidate, Harwinder Sandhu is the NDP candidate, and Rainer Wilkins is the Green Party candidate. We also have a BC Conservative candidate running, and his name is Chuck Hardy.

Definitely, Christy Clark for the Liberals, John Horgan for the NDP, Dr. Andrew Weaver of the Green Party, and I believe the leader of the BC Conservatives is vacant, but I’m not sure. [That is correct!]

Well I’m very involved in politics on campus and in my riding, so if I ever have the opportunity I would love to run for office.

Full disclosure, I worked for my local BC Liberal riding association last year, and something would have to go seriously wrong on the campaign trail for me to vote NDP, but I’ll try and be objective.

Having lived in Montreal for the last four years, I can tell you that Uber has been the best thing to happen to the city.

I can’t tell you how often I have been rebuffed from taking a taxi because I wanted to pay with a credit card (it’s 2017, who carries cash these days anyways) and how difficult it has been to even find a taxi on the street.

But with Uber, I don’t need to worry about tipping, paying with my credit, or trying to find a ride. As an added bonus, sometimes Uber drivers let you plug your phone in and choose the music, offer you candy, and have bottles of water for their passengers.

So from my experience, I think it’s essential that BC join the modern-era and allow ridesharing services.

Unfortunately for the taxi industry, they failed to innovate and (in my personal experience) took their customers for granted, and now it’s all catching up them.

In fact, I believe the $1 million the BC Liberals have promised the taxi industry so that they can innovate and create an app is ridiculous, the government shouldn’t be helping an industry catch-up to what they should have been doing all along.

Of course, the BC Liberal option is far better than the NDP option, which appears to be against ridesharing.

This is important to me because I want to move back home after I’m done my education, and if I want to be able to do that BC is going to need a strong economy.

BC currently has the leading economy in the country and 220,000 jobs have been created since the implementation of the BC Jobs Plan (yes I realize there are arguments that this is not due to provincial policy, but nonetheless it has happened).

I want to see BC continue the growth that I have witnessed since I left for Quebec.

For this reason, I don’t believe the NDP plan to increase corporate income tax is the right idea. This can easily serve as an impediment for new companies looking to open new offices or looking to relocate, because when combined with our sky-high real estate prices, it may not be economical.

Additionally, the NDP plan to scrap the Site C dam and to scrap pipelines (which are the safest way to transport crude) will only cause job losses in BC. The people that these jobs employ make up our middle class, and it’s important that we keep them working to ensure BC prospers.