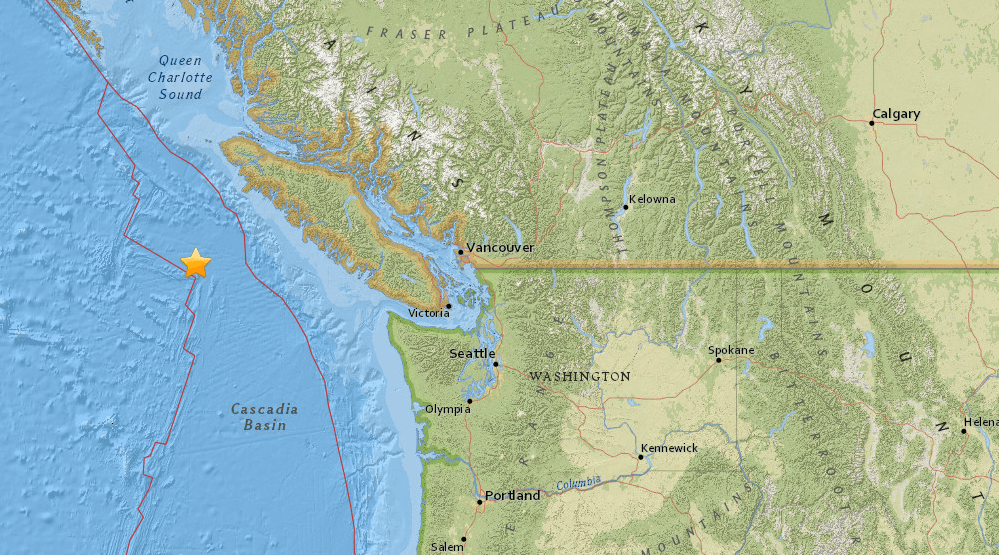 The US Geological Survey says it has detected a magnitude 4.4 earthquake just off the west coast of Vancouver Island earlier this afternoon.

It occurred at 2:46 pm PDT about 301 kms west of Port Alberni, on the southwestern corner of the Explorer Plate under the Pacific Ocean, and had a relatively shallow depth of 10 kms.

No damage can be expected given the location and magnitude of the tremor.

Each year, thousands of earthquakes rumble British Columbia, but only a small fraction of these seismic events are over the magnitude of 4.0.

On September 10, a magnitude 4.2 earthquake was felt near Osoyoos in the BC interior. It was the most powerful earthquake in the Okanagan Valley in years.