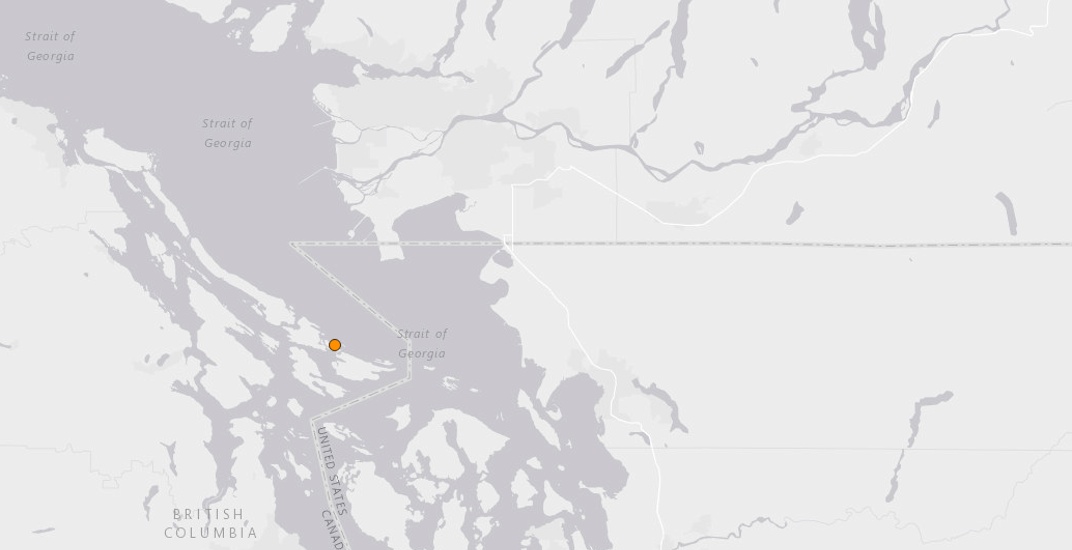 A tremor measuring magnitude 3.2 was detected in the Strait of Georgia this morning near Saturna Island.

According to the US Geological Survey, the earthquake occurred at 10:09 am just off the northern coast of the island chain. Its epicentre was 20 km south-southwest of Point Roberts.

But it is likely very few people felt it for a number of reasons. These include its relatively low magnitude, secluded location, and its very deep depth of 58.2 km.

Hundreds of earthquakes strike BC every year, but only a small fraction of these seismic events measure a magnitude of greater than 3.0.