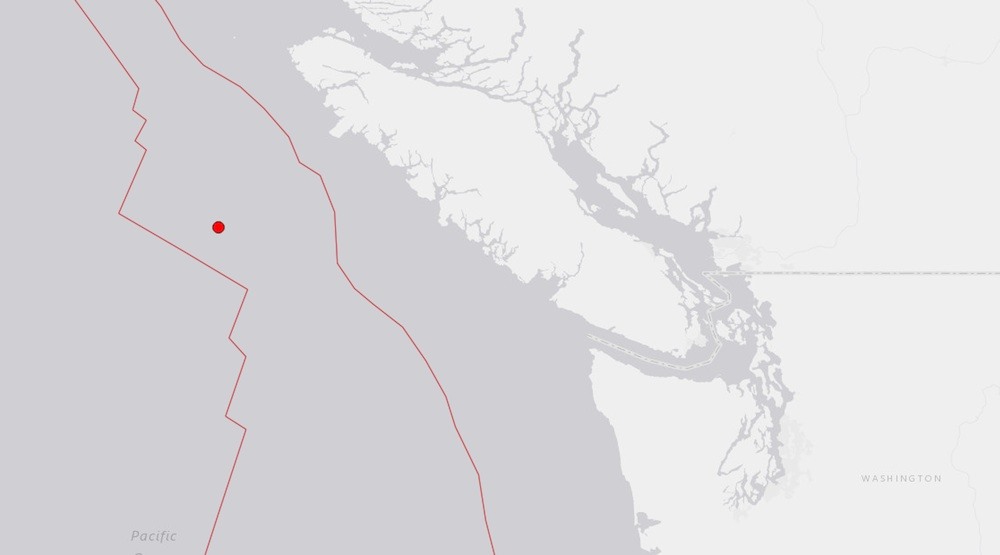 A tremor off the western coast of Vancouver Island with a magnitude of 4.8 was detected earlier this evening.

According to the US Geological Survey, the earthquake had an epicentre 198 km southwest of Port Hardy. It had a relatively shallow depth of 10 km.

Given the magnitude of the tremor and distance away from land, no damage can be expected.

Thousands of earthquakes hit British Columbia every year, but only a small fraction of these seismic events measure a magnitude of 4 or greater. This evening’s seismic event was the most powerful earthquake in the area since a swarm of five earthquakes, measuring up to magnitude 5.7, hit off the coast in early-January.