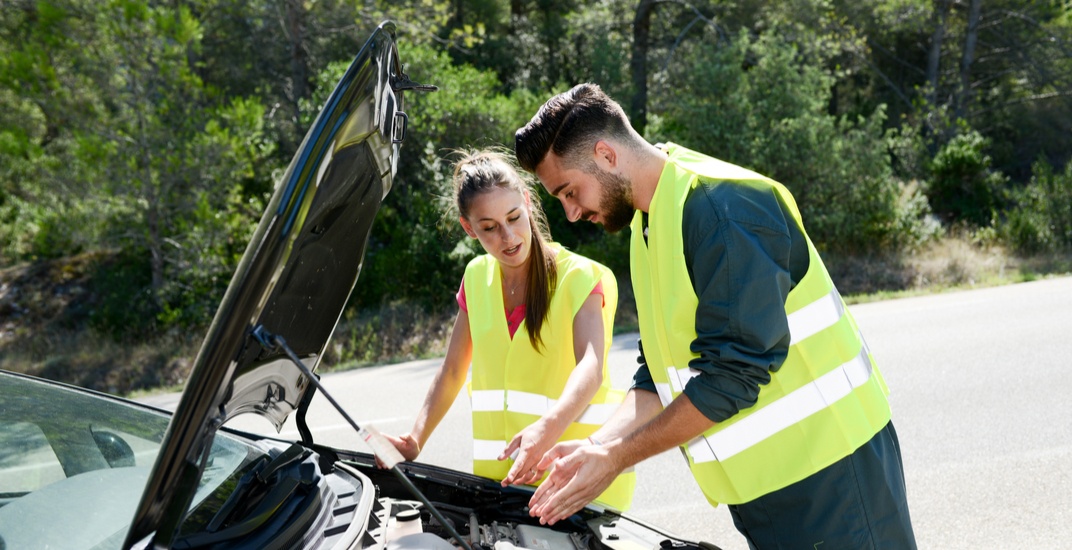 BC drivers are risking the lives of roadside workers and ignoring laws requiring them to slow down and move over, according to a new survey by Insights West.

The poll, conducted for the BC Automobile Association between July 13 and July 19, asked 803 drivers about what they saw on the road.

Some 79% of respondents said they saw drivers become a “lookie-loo” and drive too slowly past official, utility, or emergency vehicles on the side of the ride.

Meanwhile, 48% said they had seen others speed past the scene, 46% had seen drivers get too close, and 43% saw others change lanes abruptly.

“I have at least one close call a week, where I’m helping someone whose car has broken down and a driver speeds by inches from me,” said Lam.

“I can actually feel the gust of air from the car on my back.”

If you see flashing red, blue or yellow lights

In case you need reminding, drivers are legally required to slow down and move over for any vehicle stopped next to the road that has flashing red, blue or yellow lights.

As well, if you’re on a multi-lane road, and it’s safe to do so, you must move into the other lane going in the same direction to drive past any stopped vehicle with flashing lights.

If you fail to do any of that, you can get a $173 fine and three demerit points.

Most claim to know law but don’t

The survey however, seems to indicate most drivers have no idea about these rules.

Some 84% of respondents who claimed to be aware of the “Slow Down, Move Over” law came up short on what the law entails.

Almost half (43%) didn’t know about needing to change lanes and 59% were unaware of which flashing lights are indicators to follow the law.

Some 80% did not how much they should slow down.

As to why other drivers keep flouting the law, 78% blamed rushing and distracted driving, while 77% thought drivers knew there was a law, but didn’t know what to do.

Most disturbing of all, 64% of respondents believed drivers knew the law, but actively chose to ignore it, regardless of the risk it posed to roadside workers.

According to the Province of BC, between 2004 and 2013, 239 roadside workers were hit by passing vehicles– 15 of those people died.

“All we ask is if you see something on the road that might slow you down, understand that’s probably someone like me, doing my job at roadside; someone who just wants to get home to his family safe.”

Slow down and move over law

To recap, here’s that law again:

So please slow down and move over folks! 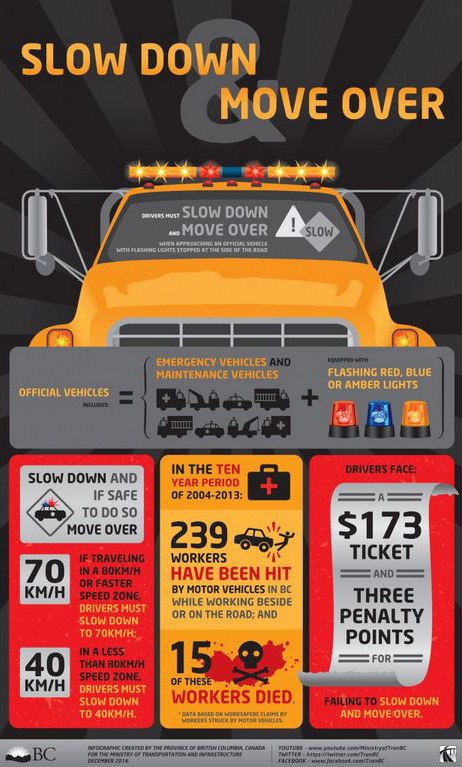 Slow Down and Move Over Law graphic (Province of BC)