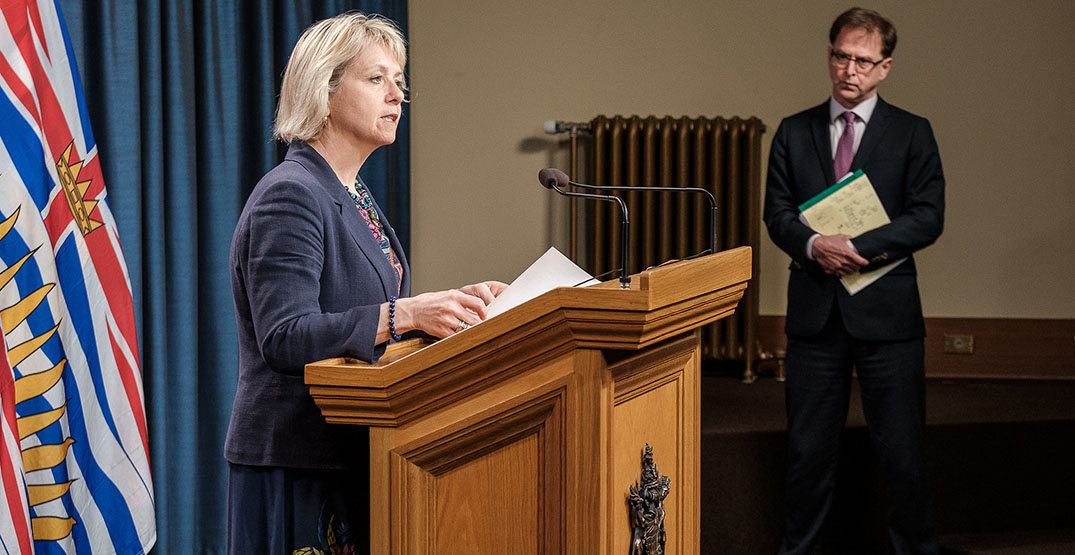 Another 485 people in BC tested positive for COVID-19 in the past 24 hours, Provincial Health Officer Dr. Bonnie Henry announced at a live update Wednesday.

That’s in line with new case numbers the province has seen so far over the holiday period.

In the last 24 hours another 11 people died from their infections, and health officials offered their condolences to the affected families.

There are currently 7,551 active infections across the province. This includes the 379 people in hospital with COVID-19 and the 77 in intensive care.

Approximately 9,320 people are under “active public health monitoring,” meaning they’re in mandatory self-isolation because they were a close contact of an infected person.

The province has seen 51,300 COVID-19 infections since the pandemic began.

So far 14,027 people in BC have received the COVID-19 vaccine, and Henry received word Wednesday that the first shipments of Moderna vaccine have arrived in 10 remote Indigenous communities.