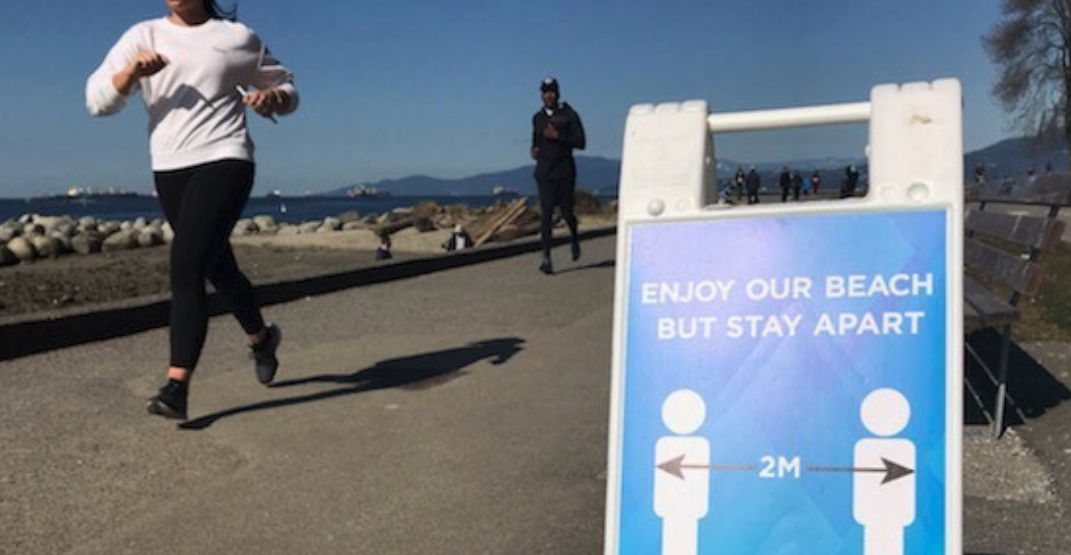 On Thursday afternoon, Provincial Health Officer Dr. Bonnie Henry walked through how the virus continues to impact residents in the province.

Henry says that the province continues to track between 30% to 40% of pre-coronavirus contacts, which show that people are “taking this carefully” and that “we are where we want to be.”

One notable change in tracking is that health officials have started to distinguish cases between those that are lab-diagnosed and those that are epi-linked. An epi-linked case describes a patient that has been in contact with another person who has or has had the disease.

The province started keeping track of epi-linked cases on May 19 as a way of understanding the burden that coronavirus has on different communities.

For the first time, data was also shared revealing case numbers in the province broken down by health service delivery areas, which are subsets of BC’s health authorities. Based on the data, the majority of cases over the past two weeks have stemmed from Fraser East (46) and Fraser South (57) of the Fraser Health Authority.

Health authorities say that most of these cases are related to outbreaks in the workplace and care homes.

Coronavirus cases in the province based on health service delivery area. (BC Ministry of Health)

When looking at BC’s case breakdown by age, the majority of cases come from people between the ages of 30 and 60.

“That reflects a lot of our working population, particularly healthcare workers,” Henry notes.

COVID-19 cases in BC broken down by age. (BC Ministry of Health)

It was also touched upon that while both males and females appear to be equally susceptible to the virus, men in BC have seen more hospitalizations, admissions into Intensive Care (ICU) and more deaths.

The phenomenon, being seen across the world, that men are more likely to contract the illness, bears out for ICU admissions, even though both sexes are equally likely to catch the coronavirus.

“This is something that we’ve seen in many other countries and we’ve talked about biological reasons why this might be,” says Henry. “We still don’t have all the answers to that yet.”

Hospitalizations, ICU admissions, and deaths broken down by age. (BC Ministry of Health)

Public health investigations since the start of COVID-19

One of the newest pieces of data shared on Thursday was a breakdown of BC’s public health investigations and contact tracing.

Prior to March 15, there were 1,257 case investigations and 1,150 contacts traced. Health authorities explain that each coronavirus case had an average of almost 11 contacts that had been exposed, of which a small percentile (2%) became secondary cases.

“99.3% of those contacts were reached and the average time was less than 24 hours between understanding the case history and contacting the contacts,” says Henry, who adds that the number of contacts ranged widely between different cases.

“Many of them had very few — they had one, or two, or even none,” she explains. “Whereas some had many and it was a much more detailed investigation.”

A noticeable difference between the two periods of time is the reduction in contacts per case, which dropped by approximately two-thirds. Authorities explain that this is a result of reducing the number of contacts.

“After we put in the restrictions and people stopped having much larger groups and gatherings, we had a third of the contacts,” Henry emphasizes. “This is how we broke the chains of transmission in British Columbia, by reducing the numbers of people we had close contact with.”

Conducting public health investigations and contact tracing also helped health authorities understand what kind of contact situations would lead to other people getting sick. However, these numbers don’t include outbreak investigations in long-term care homes.

Public health investigations conducted in BC. (BC Ministry of Health)

Where the virus came from over time

Epidemiological data was also able to give an idea of where the virus has come from over time. Dr. Bonnie Henry explains that researchers have used genomic epidemiology to determine where the virus came from and how it’s affected BC’s outbreak.

“It’s work that we’ve been doing around tracing where viruses or bacteria come from, to help us understand how people can be connected,” says Henry. “This is the first time that we’ve been able to rapidly sequence genomes to understand the trajectory of our pandemic in a very short period of time.”

Each time a case comes in, researchers are able to isolate and examine the virus’ genomic sequence. Strands that come from different areas in the world will have different base pairs and look different from one another. Authorities say that genomic sequencing helps differentiate between a strand from Washington or Eastern Canada, for example.

“We can tell where it’s come from by how many changes there are in the genetic pattern,” Henry explains. “We can compare and can see where the virus may have originated, that then came into British Columbia.”

While the data only uses a sample size of 700 cases, it shows that most of BC’s early cases were strains related to China but they didn’t affect large numbers of people. Rather, there was a large spike in cases that were “European-like” and similar to Eastern Canada, as well as Washington State.

Henry explains that the cluster of cases from Eastern Canada ties into the dental conference that took place when the outbreak began, as well as people returning to BC from other parts of the world.

“It tells us the risk that we have of congregating together when this virus is circulating, even anywhere in the world,” she says.

(BC Ministry of Health)

How the province is tracking since entering Phase 2

An updated case rate comparison shows that BC continues to maintain a very low rate of transmission, especially compared to other areas around the world, as well as the rest of Canada.

“It reflects what we have done to try and minimize the impact of this virus on our population in British Columbia,” Henry says.

An updated case rate comparison of British Columbia and other jurisdictions. (BC Ministry of Health)

An updated death rate comparison of British Columbia and other jurisdictions. (BC Ministry of Health)

Health authorities have also been tracking the mobility of British Columbians, as well as how it has changed since restrictions began to ease up.

Most recently, health authorities have noted a dramatic spike in residents visiting parks and outdoor spaces. There’s also a small, but gradual, increase in people returning to workspaces, retailers, and public transit.

(BC Ministry of Health)

Dynamic modelling also shows that the province continues to show minimal transmission, which is a result of physical distancing and minimizing contacts.

“It does suggest our continued decline in transmission and reflects the fact that we continue to pay attention to our physical distancing, to stay away when we’re ill, and doing the measures that we know prevent transmission,” says Henry.

“If we do that, we’re likely to have low numbers of cases over time and not to have any exponential growth in our trajectory here in BC.”

Still, returning to normal too quickly could lead to a dramatic rise in transmission.

“If our contact rate increases to 70% we are likely to see a rapid growth, and 80% we might see a rapid rebound of transmission in a very short period of time,” Henry explains.

One way for residents to protect themselves is to reduce the number of contacts and keeping groups small. Another way is to ensure that when contact occurs between people outside of a person’s small group, that they use measures such as physical distancing, barriers, and face masks.