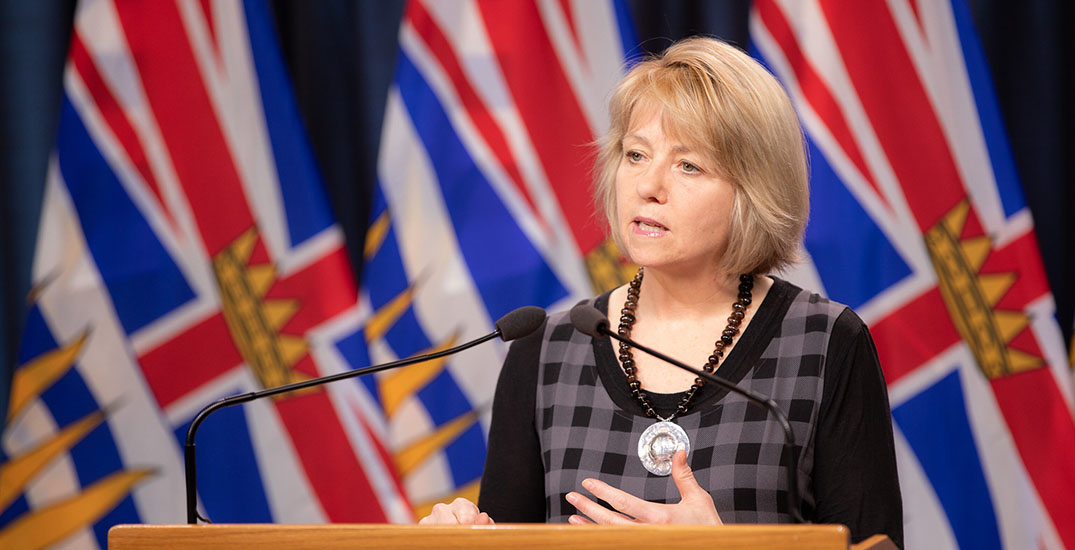 With British Columbia expected to enter Phase 3 of its restart plan in the coming weeks, health officials released the latest epidemiological modelling for the COVID-19 pandemic in the province.

As it stands, BC’s contact rate is estimated to be between 60% and 65%. One takeaway from Provincial Health Officer Dr. Bonnie Henry is that “we are increasing our contacts,” but for the most part, it’s being done “in a safe way.”

“Right now, we’re in a good place,” she told reporters on Tuesday.

An epidemic curve displaying case numbers in BC from mid-January to mid-June shows that case numbers have been spread over the past few weeks, although they remain relatively low.

“We managed to flatten our curve very effectively in BC, although we continue to have cases,” said Henry.

Health officials say that the numbers aren’t surprising and that despite the province restarting, the virus is still circulating.

COVID-19 cases in British Columbia from January to June 2020. (Gov BC)

Henry also credited the work of health authorities, since most cases have been contained early and have not led to larger outbreaks. 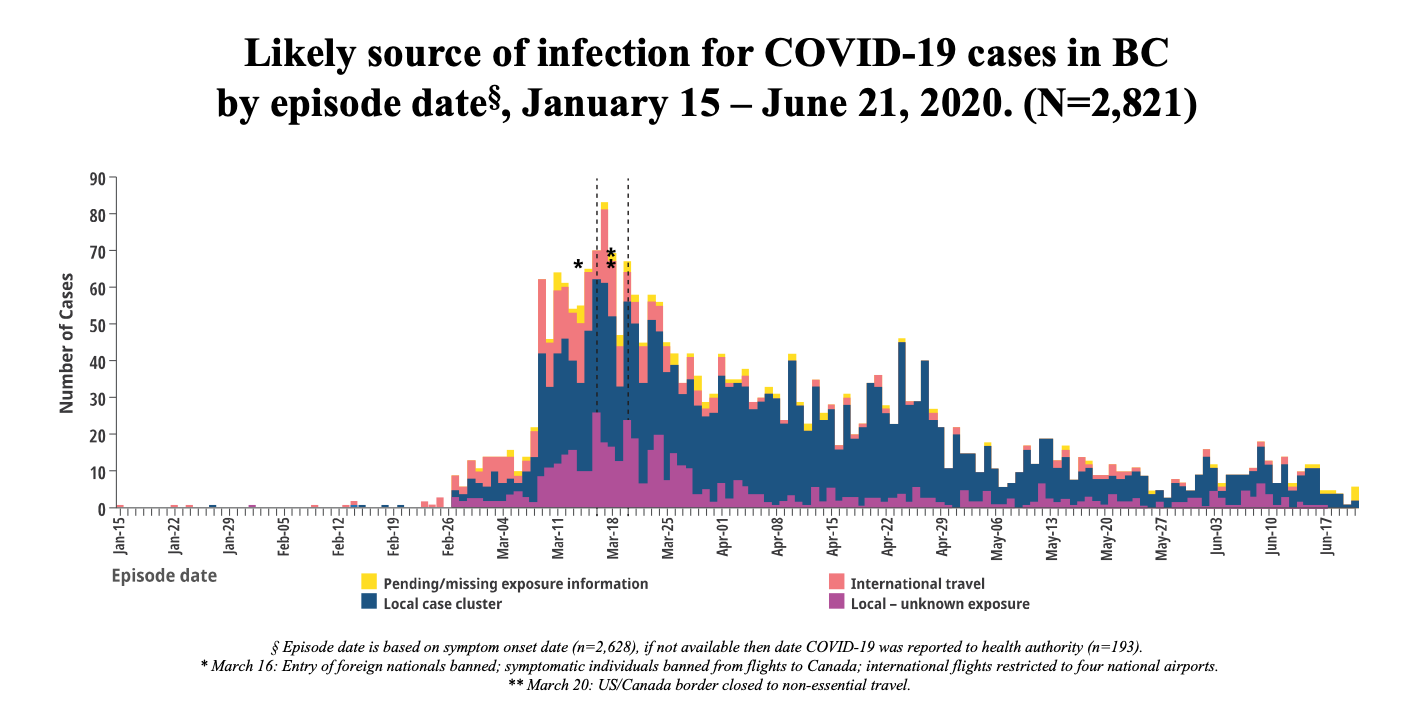 Likely sources of infection for COVID-19 cases in BC. (Gov BC)

A similar epidemic curve has also been presented showing the “likely source of infection” for each case.

During the beginning of the pandemic, there were challenges in testing and a larger number of people who had unknown exposure — they hadn’t travelled and their source of transmission wasn’t identified. There was also a large number of international travel, which has since cut down dramatically.

Henry noted that most cases in June had an “identifiable source,” which has been the focus of public health authorities. There has also been a smaller number of cases from international travel, both in the form of repatriation and temporary foreign workers; however, Henry says they’re all in quarantine.

A geographic distribution of coronavirus cases by area. (Gov BC)

When looking at the geographic distribution of cases, most tend to be in the Fraser East area, followed by Fraser South and Vancouver. Over the past two weeks, there was also a small number of cases in Interior North and a single case on Vancouver Island.

Case rate comparisons by province and nation. (Gov BC)

Fortunately, BC continues to track well compared to other provinces, to Canada, and to other countries. Quebec and Ontario have also begun to level off.

Death rate comparisons by province and nation. (Gov BC)

Henry did note, however, that the United States continues to see a rapid increase in cases and that Brazil recently took over a number of other countries.

Henry said that researchers have yet to find any in water samples, which reassures that the level of transmission remains low. The province plans to continue this testing method in order to surveil different geographic areas, especially smaller communities.

Updated data displaying the mobility of British Columbians shows that more and more people are going back to work, retail, and reception — but it’s being done slowly.

“We can see that we are returning slowly and carefully to more activities in our community,” said Henry.

Time spent on public transit is also increasing, while visits to groceries and pharmacies have returned to pre-coronavirus levels.

Naturally, more and more time is being spent at parks and less in residential spaces.

Dynamic compartmental modelling estimates that BC’s contact rates are at 65% of our normal, which is what health officials were aiming for when announcing the restart plan.

Fortunately, Henry said, the province hasn’t seen a dramatic increase in case numbers, hospitalizations, or visits to intensive care, which suggests that contact is being made in a safe way.

Different scenarios based on dynamic compartmental modelling. (Gov BC)

British Columbians need to remain mindful, however, because going “too far too quickly” could lead to a rapid rebound in new cases.

If the province’s contact rate increased to 70% or 80%, for example, BC could expect to see a resurgence in transmission.

Data suggests that BC is close to the threshold for a rebound in new cases. (Gov BC)

Health officials also presented a new variant of dynamic compartmental modelling that looks at the reproductive number of infections. For example, if a person is sick, how many people are they likely to pass it on to?

Henry pointed out that there was a mild increase between May and June but said that it’s since flattened. At this point in time, the reproductive number remains around one, which suggests that a person who had the virus would pass it on to one more person.

While dynamic modelling is a powerful tool, health officials also stressed that they are illustrative and a prediction. What remains important is that people continue to practice physical distancing, focus on proper hygiene, and self-isolate when showing any signs of sickness.

Health authorities and workers will also be focusing on continuing contact tracing in a timely and accurate manner.

With BC’s current contact rate, health workers are required to find at least 75% of an infected person’s contacts within two to three days, in order to keep control of the pandemic.

Henry stressed that it remains an important buffer against an increase in cases as the province continues on its restart plan, but overall, the restart plan is working.

“In BC, the measures we have in place to protect ourselves, each other, our communities, combined with our slow gradual transition through Phase 2 and into Phase 3 is working,” said Henry.