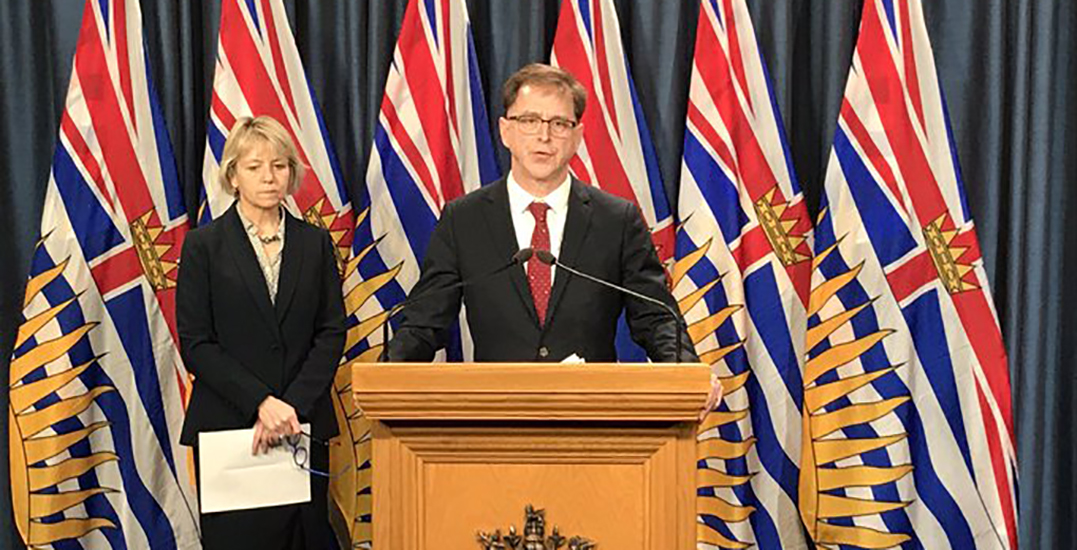 Broken down by health region, Henry said there are 670 cases in Vancouver Coastal Health, 623 in Fraser Health, 92 on Vancouver Island, 146 in the Interior Health, and 30 in the Northern Health region.

The number of long-term care homes in the province with a patient or member of staff who has tested positive remains at 21.

Out of the total number of cases, 131 people are in hospital, with 59 of those in intensive care; 955 people have fully recovered and are out of isolation.

Henry also provided updates on community outbreaks in the province.

There have been three additional positive cases involving temporary foreign workers at the Bylands Nursery in West Kelowna, bringing the total at that location to 26.

At the Okanagan Correctional Centre, there is one positive case and at the number of inmates who have tested positive at the Mission Medium Institution has reached 48, with seven currently in hospital.

During today’s announcement, Henry reminded British Columbians “the new normal” will be looking quite different for “quite some time,” adding that measures such as handwashing, and keeping a safe distance from others will be implemented for some time.

“We are not yet through this pandemic, either here in BC, in Canada, or globally and there is a lot of work that still needs to be done to understand how we can get through this safely.”

Earlier today, BC Premier John Horgan  announced the province’s state of emergency would be extended for two additional weeks.