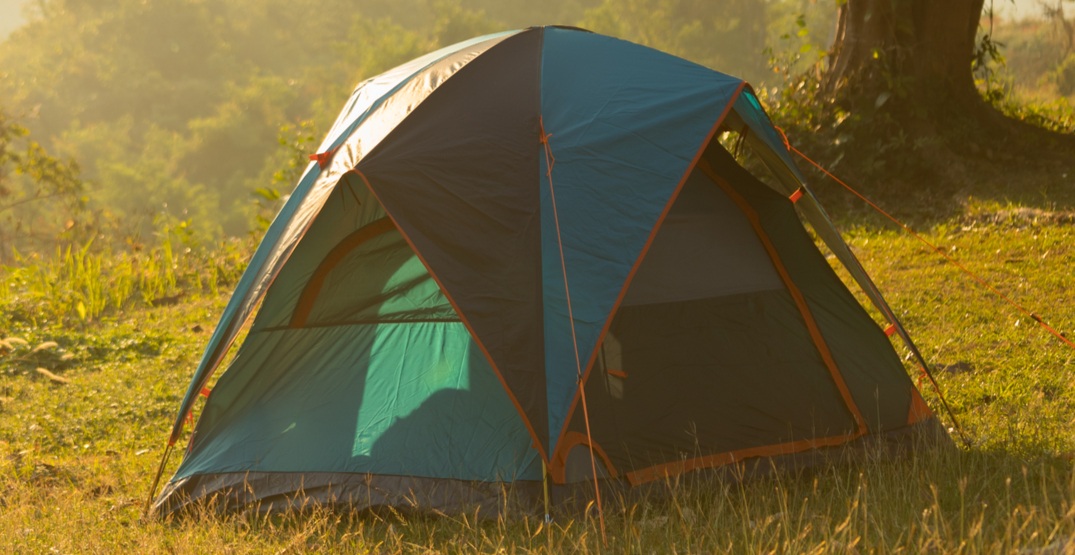 A business idea that began with a simple question has morphed into an alternative option for people in pursuit of the perfect place to camp in BC.

And according to its founders, the idea for  Campertunity began during a 2016 camping trip in Pemberton, when Guita Yazdani had a question for the people she was camping with.

“I asked, ‘Where are we? Who owns this property that we are camping on?'” she recalled.

A friend told her they were camping on the private property of a homeowner who lived not far away.

Yazdani told Daily Hive that during that same summer, she and Campertunity co-founder Nora Lozano went camping in a provincial park.

This time, she said, “our space was much smaller, our camping neighbours a few feet away, and our morning disturbed by RVs driving by.”

This experience, she said, is one that many campers can relate to.

“We see the headlines every year: too many campers and far too few campsites,” she said. “The mad rush to book your summer camping trip in the winter and the expensive re-sale of campsites is a barrier to enjoying the peacefulness of nature.”

In a vast country like Canada, renowned for its natural wonders, “it makes no sense that … it’s this hard to get outside.”

Ultimately, it was their own camping experiences, “combined with the current stressfulness of booking a campsite,” that fostered the creation of Campertunity.

And in this day and age, said Yazdani, the idea only made sense.

“The shared economy is growing in every way, from sharing our homes to our cars, so it’s a good time for camping to enter the shared economy,” she said. “The public appreciates having options and power, which is what Campertunity provides.”

For those looking to list their property on Campertunity, Yazdani said the process is easy and quick.

“There’s a calendar for you to manage your bookings, you can list multiple camping plots on your land, upload photos, pick which amenities you have or don’t have, and there’s a review system that includes the ability for campers and landowners to message/review each other,” she said. “We have several cancellation policies for you to choose from and a section where you can write your own rules for campers to follow.”

Some of those who have listed their properties include farmers who are not only providing a camping opportunity but also giving people the chance to “ride horses, feed pigs, and learn where our food comes from.”

This tourism side effect of the operation “is a great way for landowners to sustain their land while promoting our economy,” she noted.

For campers, just browse and click the “book” button.

“Easy, stress-free, and the way it should be,” said Yazdani.

Where does it work?

Although born and bred in BC, Campertunity’s services extend beyond the province’s borders.

“Campertunity is nationwide,” said Yazdani. “We welcome hosts from all across Canada to list their land, and campers worldwide to book our campsites.”

And so far, she said public response to Campertunity has been great, with many customers saying they’ve been searching for something like this for some time.

“The public has been superbly supportive, with some people saying that Campertunity is long overdue,” she added. “Campers have a common problem: the difficulty of getting outside. So, when Campertunity popped-up as a solution, people got on board.”