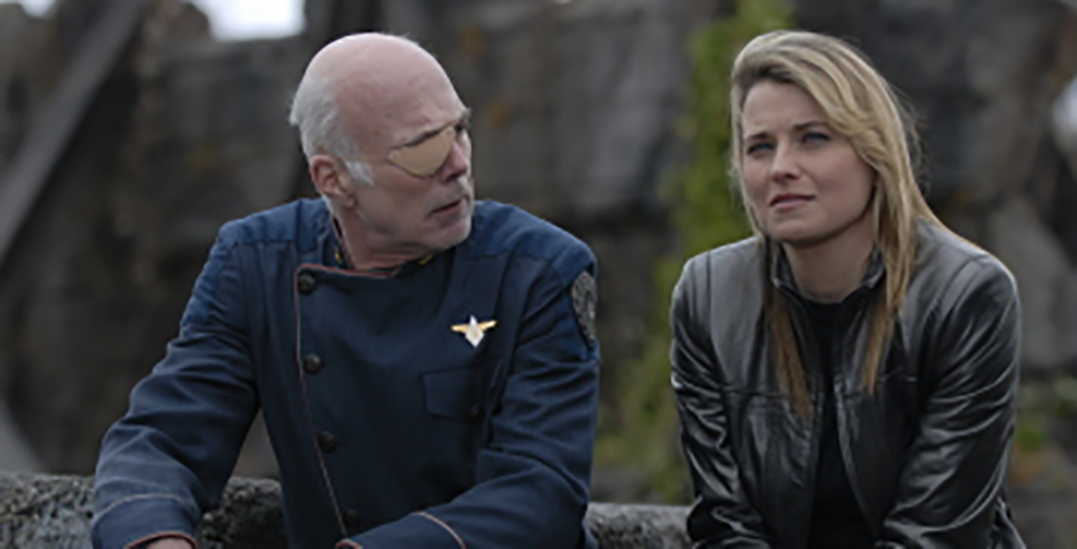 A fundraiser for a British Columbia-based actor has raised hundreds of thousands of dollars.

Michael Hogan, who lives with his wife on Bowen Island, British Columbia, is best known for his roles as Colonel Saul Tigh on Battlestar Galactica or Otto Gerhardt in Fargo. Earlier this year, the 71-year-old suffered a life-altering injury.

His wife, Susan, said in February that Michael “fell and hit his head” after spending the day at a Battlestar Galactica convention.

“He went to bed that night not realizing that the impact had caused a massive brain bleed,” she told GoFundMe organizers. “He was unable to be woken the next morning and was taken to the Vancouver General Hospital, where emergency surgery was performed. It took 57 staples to close the part of his skull they had to remove in order to reach the damage.”

Susan said that the accident left Michael with “complete paralysis on his left side, memory loss, cognitive impairment, and an inability to swallow.”

The family has also dealt with challenges of the pandemic, included restricted visits and being denied a care team.

And while Michael has since been moved into a care centre in North Vancouver, he still can’t stand and needs tools like an overhead lift to be moved from his bed to his wheelchair, and a feeding tube to go into his stomach.

Shari Ulrich, a neighbour and one of the GoFundMe organizers, said that Susan has been unable to work since Michael’s injury, adding that the upcoming financial demands will be remarkably high.

In addition to the costs of the long-term care facility, a customized wheelchair, and a private physiotherapist, Ulrich said the couple will face costs for an overhead lift, a hospital bed, and live-in care aids should Michael Hogan be able to return home.

That’s why Ulrich is asking for any fans and friends of the couple to help in any way possible.

“The real goal is to have Michael back – that sweet, funny, teasing, impish spirited bright light and brilliant actor and friend,” Ulrich writes. “And if at all possible, one day back in his home on Bowen Island with his dog Harley, his family, and treasured parts of the life he knew.”

“But practically speaking, the goal is to give Susan a way forward without the crushing financial weight of the ever-changing costs for his care.”