Fans of HBO’s Game of Thrones epic fantasy drama television show have been attempting to determine how the fictional Seven Kingdoms of Westeros relates to Earth’s geography.

Regional and environmental planning student Andrew Cuthbert has devised a map of what the province of British Columbia would look like if it were Westeros. Whether it be Lord of the Rings or Game of Thrones (a.k.a. Song of Ice and Fire), the geographical characteristics of their settings greatly contribute to the narratives and story lines of the work.

“The comparisons between the real (British Columbia) and fictional (Game of Thrones) cities are tongue-in-cheek generalizations that are vaguely supposed to represent characteristics of each,” wrote Cuthbert on his post at Spacing Vancouver. “The map is also a celebration of British Columbia’s varied landscape. The goal was to illustrate that the same types of fantastical social and physical settings can be found in our own backyard.”

In his map, Vancouver is designated as the capital and political stronghold of King’s Landing while Prince George is depicted as Winterfell (the centre of the north) and Victoria as High Garden for its immense gardens. Fort Nelson is Castle Black presumably for its far north location that mimics the headquarters of the Night’s Watch, which guards the kingdoms from the unknown terror beyond the Wall (presumably the Yukon-B.C. border).

The fourth season of Game of Thrones premieres on HBO on Sunday, April 6, 2014.

British Columbia as the Seven Kingdoms of Westeros 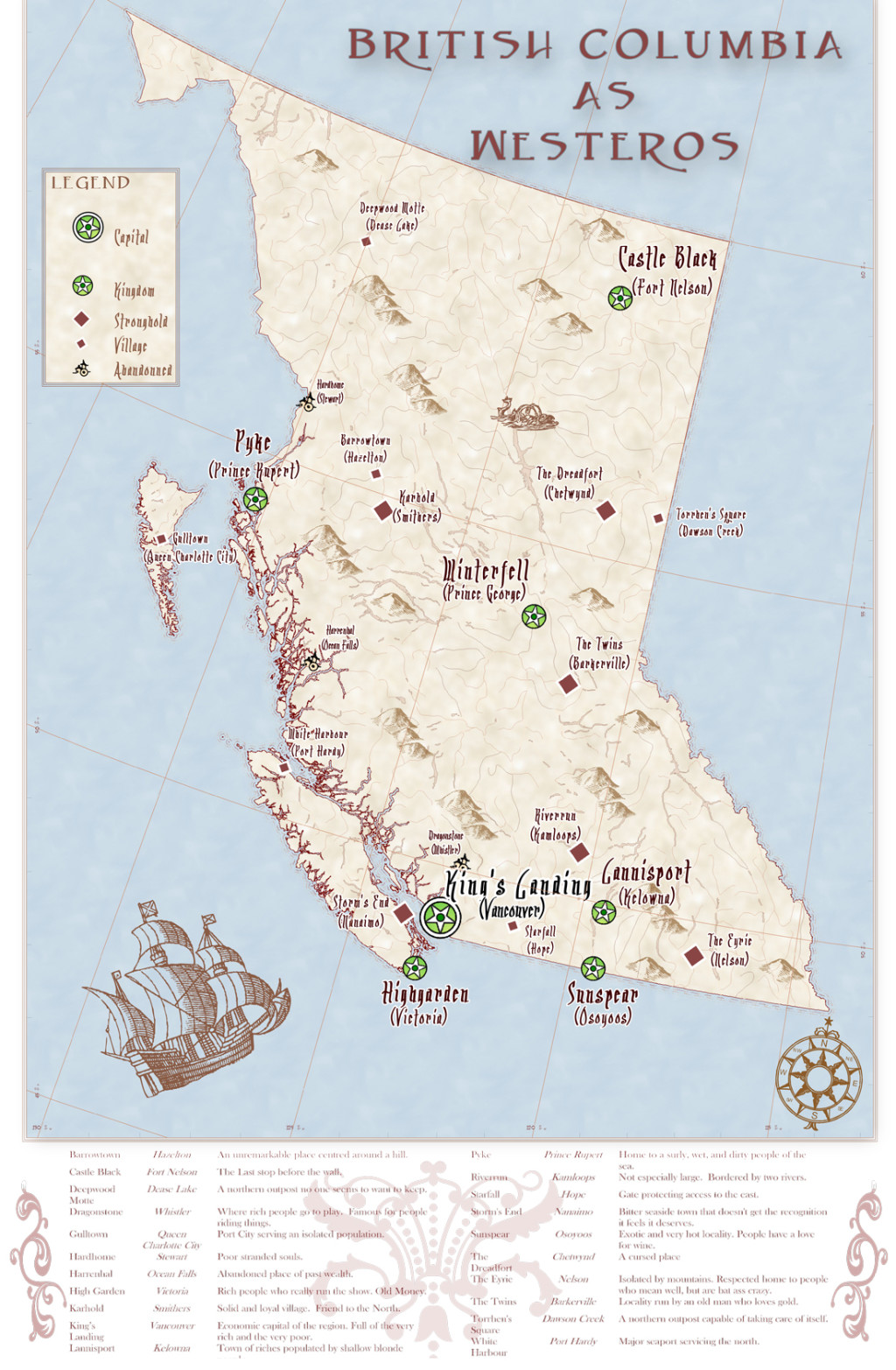 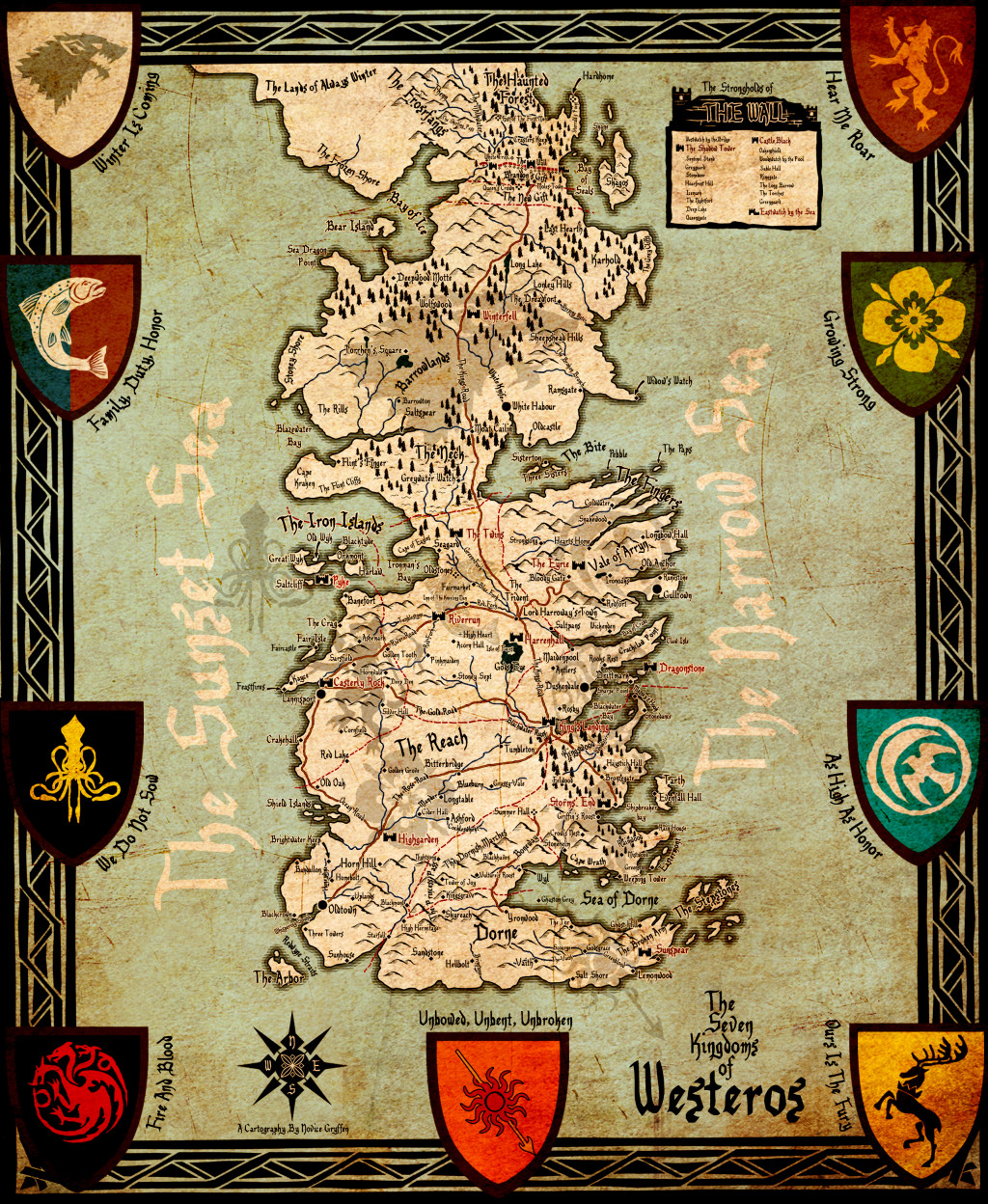