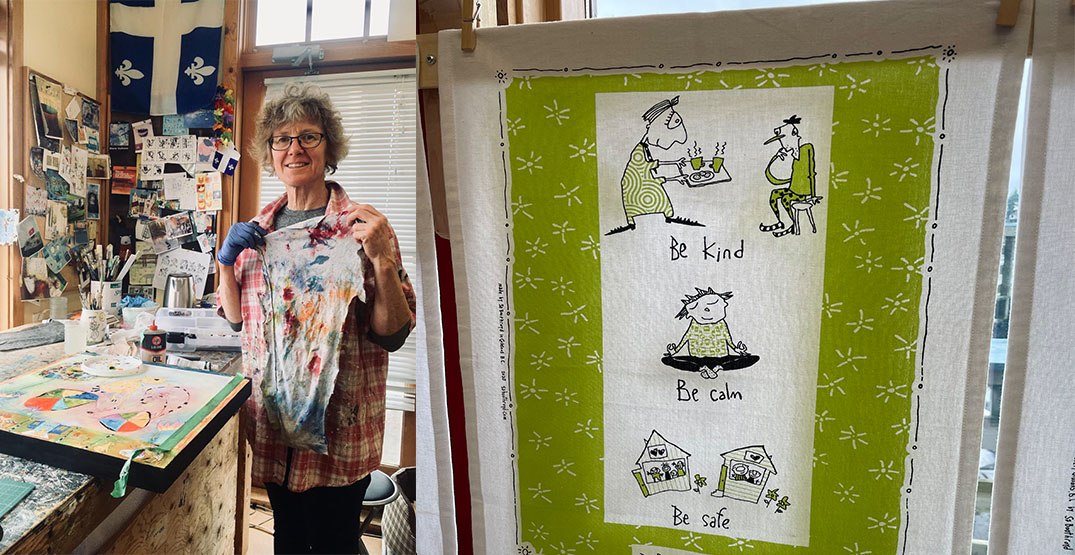 Sa Boothroyd in her Gibsons, BC gallery (left) and a tea towel she made about the second year of the pandemic (right). (@saboothroyd/Instagram and Daily Hive Vancouver)

Sa Boothroyd welcomes customers into her small wooden gallery on Gibsons, BC’s government wharf, where light from the marina below illuminates rows of her hand-drawn tea towels hanging from wooden beams.

Inside the gallery, about a 40-minute ferry ride from Vancouver, Boothroyd displays dozens of towels that cheekily describe what it’s like to live in BC — from Vancouver stereotypes that ring true to inside jokes about mountain biking.

“My work is pretty positive because I’m usually pretty happy — unless I’m doing my tax return,” she told Daily Hive. 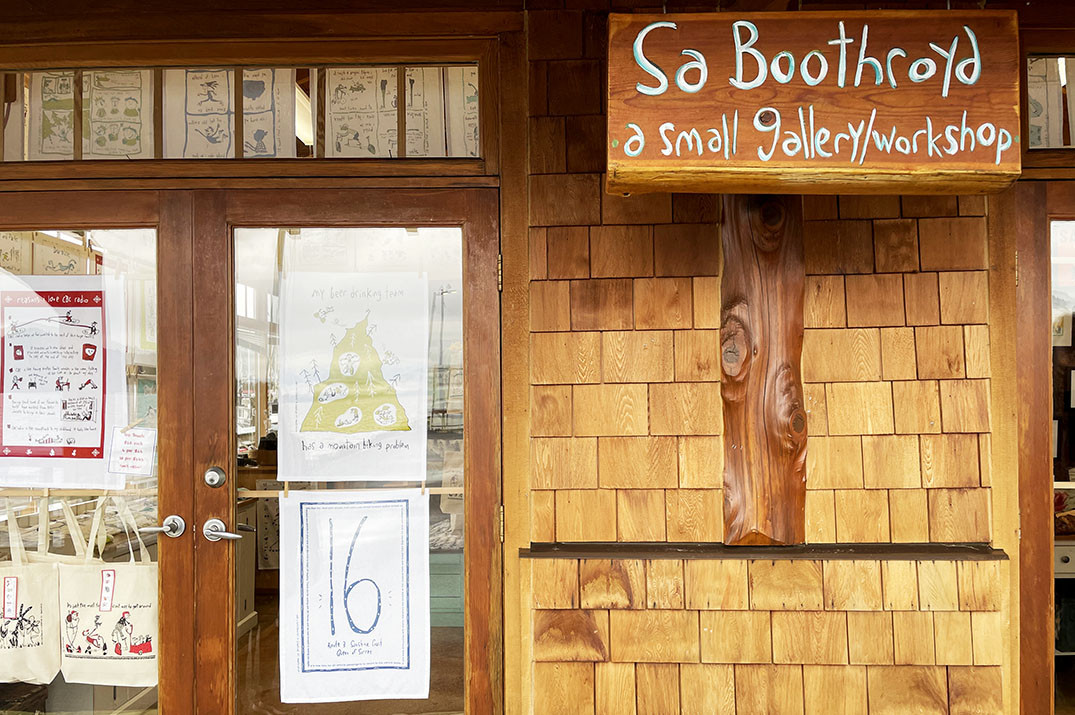 But lately, Boothroyd has found a new source of inspiration for her doodles: the COVID-19 pandemic.

The Sunshine Coast artist is chronicling the chapters of the last two years with her quirky and optimistic tea towels.

The series began with nods to Provincial Health Officer Dr. Bonnie Henry and new concepts everyone learned such as physical distancing and pandemic bubbles. Then, Boothroyd used some towels to honour activities that brought solace during the pandemic, from walking in the forest to swimming in an outdoor pool.

“I tried to keep it positive, because what else can we do?” she said. “I also wanted to give people a bit of a laugh. Because we were all pretty down during COVID-19.”

Boothroyd sends one of each towel to Henry and Dr. Penny Ballem, and by the sixth towel she received a note and sticker back. Now, Henry’s face is stuck on the back of Boothroyd’s laptop.

On January 20, Boothroyd released the ninth chapter of her pandemic tea towels: how to make a difference in 2022. Her tips include shopping locally, reaching out to someone who’s struggling, and getting a booster shot — of vaccine and of compassion.

From the sale of each pandemic tea towel, Boothroyd donates $1 to charity. They’ve turned out to be pretty popular — over the last two years, she’s distributed approximately $18,000 to local Sunshine Coast groups, the Downtown Eastside Women’s Centre, and several food banks.

Interested in purchasing Boothroyd’s work? Shop online or visit her gallery on the public wharf at 611 School Road in Gibsons. 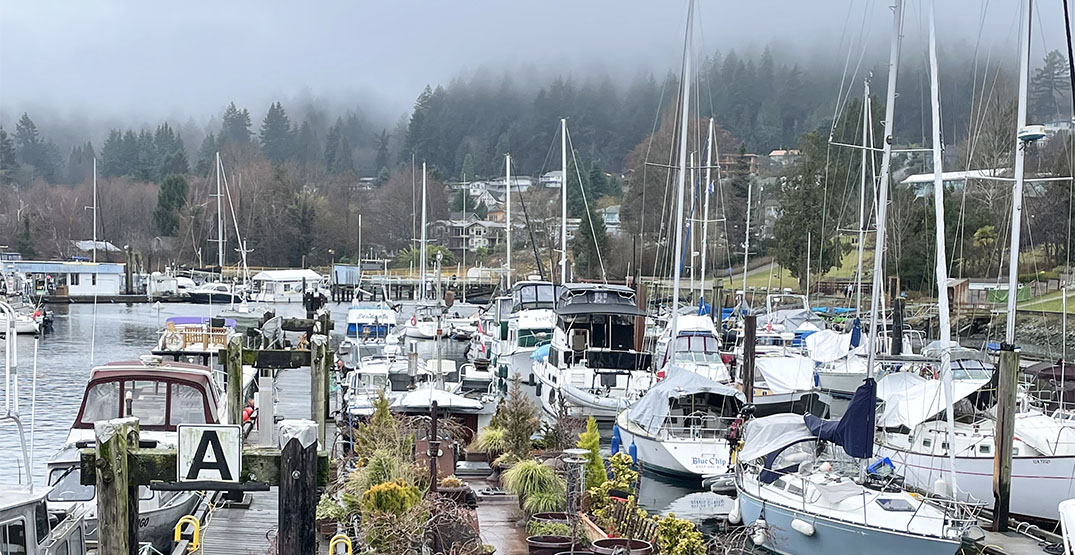