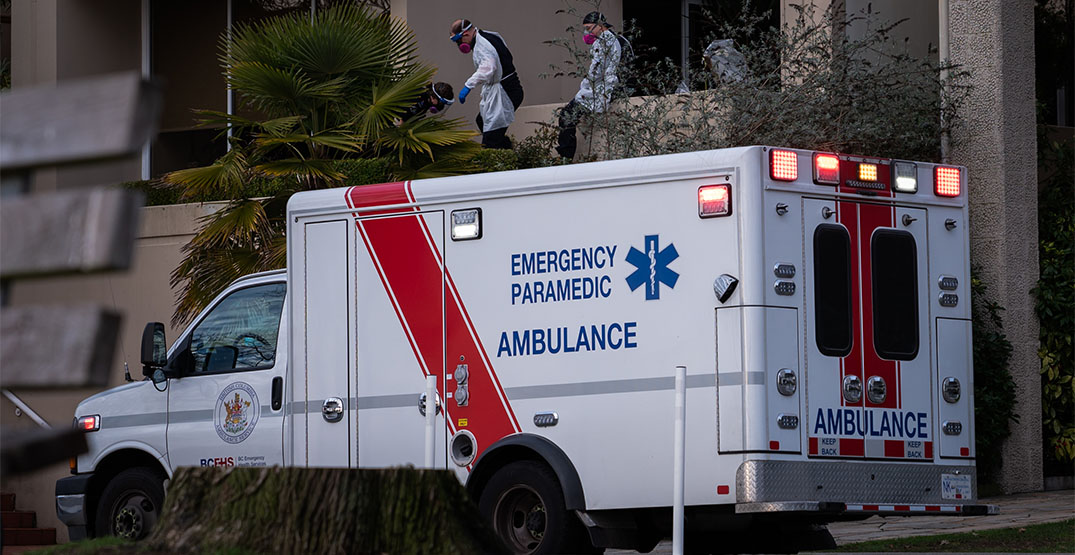 BC’s ambulance service is dangerously understaffed, with dozens of vehicles staying in the garage as Omicron infections keep members of an already stretched workforce home.

As many as half the ambulances in some BC communities have been taken off the roads because there is no staff to operate them, Ambulance Paramedics of BC president Troy Clifford told Daily Hive.

“During the holiday season, we tend to see a spike in mental health and wellness calls. In addition, there were the weather conditions over the holidays, and we’ve seen extreme-cold-related injuries, and other kinds of accidents,” he said. “All those things kind of came to a head … and now we’re seeing the results of community spread of Omicron affecting paramedics.”

In the Lower Mainland this past weekend, where usually 120 ambulances can be on the road during peak times, between 40 and 50 were out of service, Clifford said. The situation is even more dire in rural and remote communities.

“Some [communities] have two or three, and we’re down to one ambulance — no backup ambulances.”

According to BC Emergency Health Services, there are more than 4,000 paramedics and dispatchers in the province. During the first week of January, between 40 and 70 of them called in sick each day. The numbers do not include rural stations, which use a different scheduling system.

“We are closely monitoring staffing levels across BC and taking the actions we can to mitigate absences,” BC EHS spokesperson Jane Campbell told Daily Hive.

According to Clifford, between 20% and 30% of ambulances across the province are out of service due to staffing levels — and that was before Omicron hit.

Paramedics are considered part of the health system, and BC’s ambulance service is funded by the provincial government under the Ministry of Health. The profession has faced chronic staffing shortages over the last few years, which the union is speaking out about.

One problem is a lack of new recruits because early-career paramedics often have to go to remote communities and work on an on-call basis, sometimes making as little as $2 per hour.

“We’re not getting people coming into the profession because of our precarious on call recruitment mode,” Clifford said. “We need more ambulances and we need more paramedics, and we need to pay them properly. I know that sounds like a union statement, but it’s the reality.”