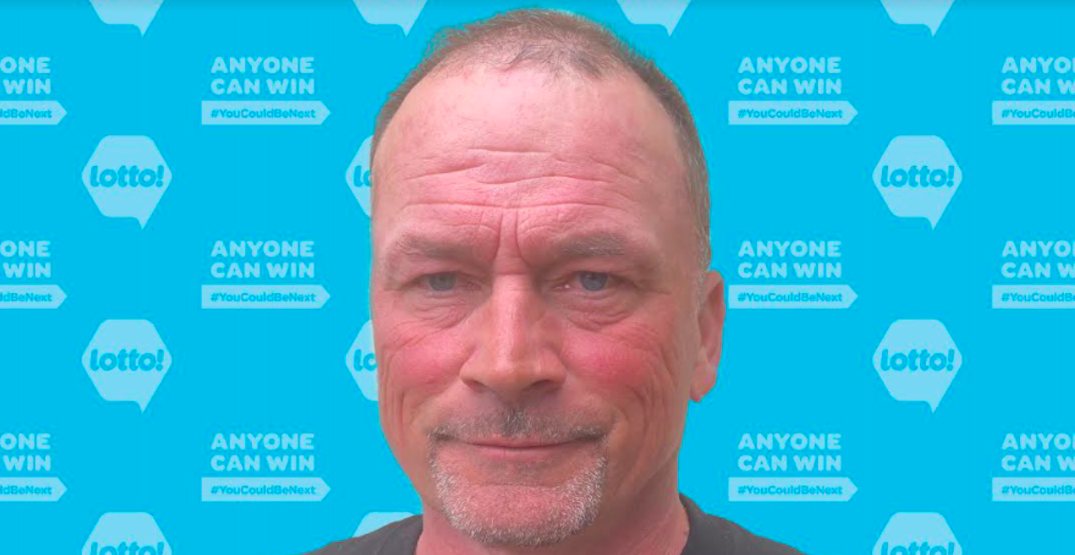 One of Patrick OLeary’s favourite pastimes is mowing the lawn, during which he dreams about travelling and retirement.

The Sooke, BC resident, who has worked as an excavator for 20 years, says those dreams are now more like reality after winning the Lotto 6/49 Guaranteed $1-million Prize in the March 24, 2021 draw.

OLeary purchased his ticket from the Petro Canada at 6692 Sooke Road and checked it at a local drugstore where he likes to buy his cream every Saturday.

“I checked (the ticket) the first time and couldn’t make out what was on the screen because I didn’t have my glasses on,” he recalled. “Then I checked the second time by going to see the clerk, and I thought something screwed up as the machine shut down!”

After he realized that the machine freeze was not due to a technical glitch – but a major win – the Vancouver Islander said he immediately shared the news with his fiancé.

“Her first reaction was disbelief as I tend to joke a lot, but I would never joke about something like this,” he said. “Once she realized this was true, she was shocked.”

OLeary and his fiancé celebrated by toasting with champagne the night they found out about the unexpected win and have been content to keep their celebrations low-key at home since.

Once it’s safe to do so, he said they would like to plan a return trip to Ireland to visit friends and family.