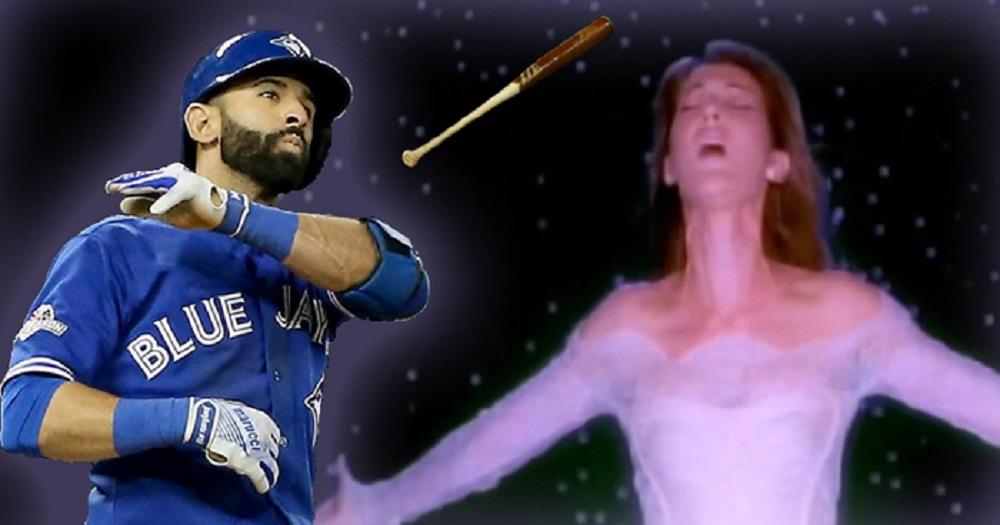 Nearly two years after the fact, somebody went and did it. They finally paired one of the most beautiful Toronto Blue Jays moments with one of the most iconic love songs of all-time.

I’m not sure what took so long for someone to come up with the idea, but hat tip to /u/DizzyDrift from the Blue Jays Subreddit for creating quintessential Jose Bautista bat flip mashup. It’s genius and the video will hit you like a tonne of bricks.

Inspired by /u/Swagged_Out_Custar of the LA Dodgers Subreddit who famously gives Dodgers plays the Celine Dion treatment, now we finally have a Blue Jays version to call our own.

Watch this and you won’t need to watch any other Bautista bat flip videos ever.

There are so many reasons why this is the perfect tribute. For one; the song. It’s Celine, man. “My Heart Will Go On” captures the precise heroic (and dare I say romantic) tone from that memorable moment.

Secondly, the music is edited perfectly. Notice how Bautista’s high fives at home plate with Ryan Goins and Josh Donaldson sync up with the drum beats? Not to mention David Price’s slap on Bautista’s backside; that syncs up with the beat, too.

I don’t know if that’s by design, but if it is, it’s bloody genius. Then there’s the longing look from Cole Hamels into the Blue Jays dugout. 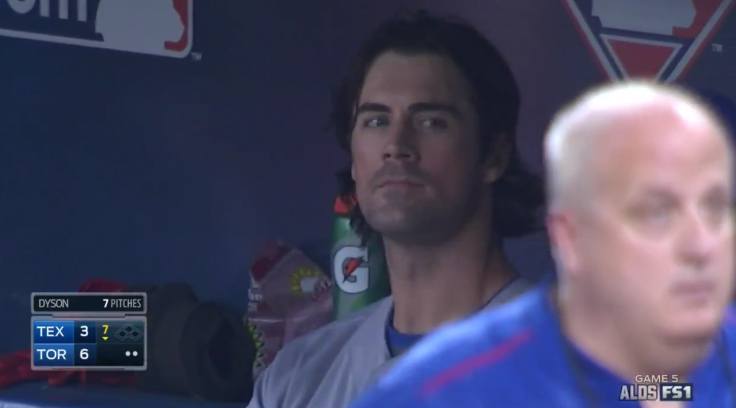 He’s playing the equivalent of Billy Zane’s character from the movie: Cal Hockley. Ever-jealous, ever watching as Jack and Rose celebrate their love for each other.

And lastly, the replay at the very end set to the saxophone-led instrumental of the Titanic theme. It’s just so damn beautiful.

Long live the king: Jose Bautista. Your career may not go on forever as a Blue Jay, but the memory of your bat flip will.