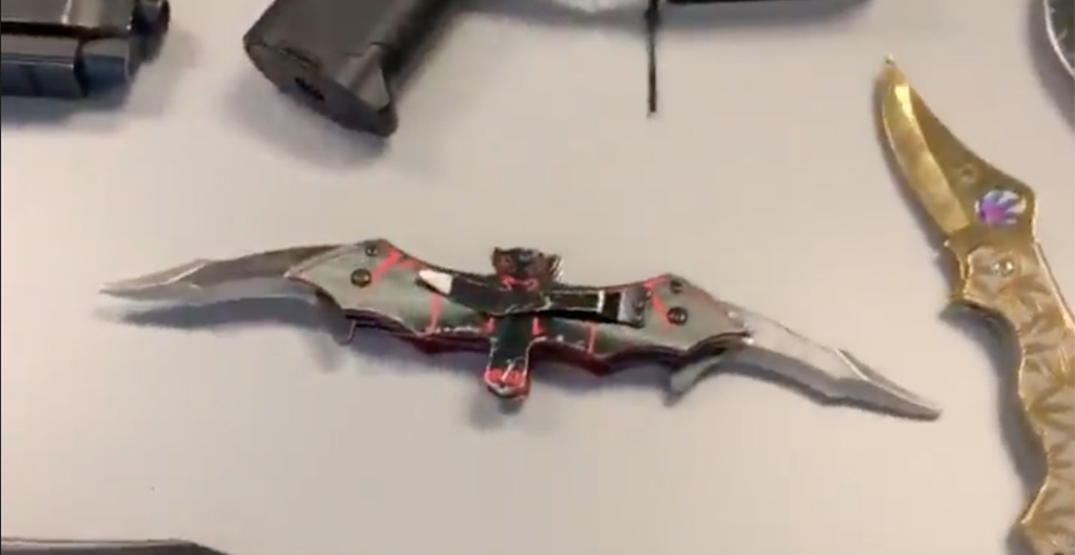 Someone in Vancouver surrendered a knife to the Vancouver Police Department recently that looks like it belongs in a Batman movie.

It’s a knife shaped like a bat in the centre, and two blades make up the wings. Its previous owner relinquished it it to patrol officers in the Downtown Eastside this month, who handed it over to Staff Sgt. Sandra Glendinning inside a box with all the other weapons they’d received.

Glendinning posted a video to Twitter of the weapons, singling out the bat knife for a close-up. She picks it up and demonstrates how to grip the bat shaped centre.

“Have you ever seen a bat knife before?” the force tweeted, re-sharing Glendinning’s video.

#VPD officers have taken more weapons off the street. Have you ever seen a bat knife before? https://t.co/8vcgnAd89m

Along with the bat knife, people also handed over regular knives, brass knuckles, replica guns, a baton, and a hatchet to police this month.

None of the weapons are linked to a crime, and they will be destroyed, Glendinning explained.

“All of these were relinquished to police with no consequence for the people turning them in,” she said. “It’s a small but effective way for our foot patrol officers to make the streets in the DTES safer for everyone.”