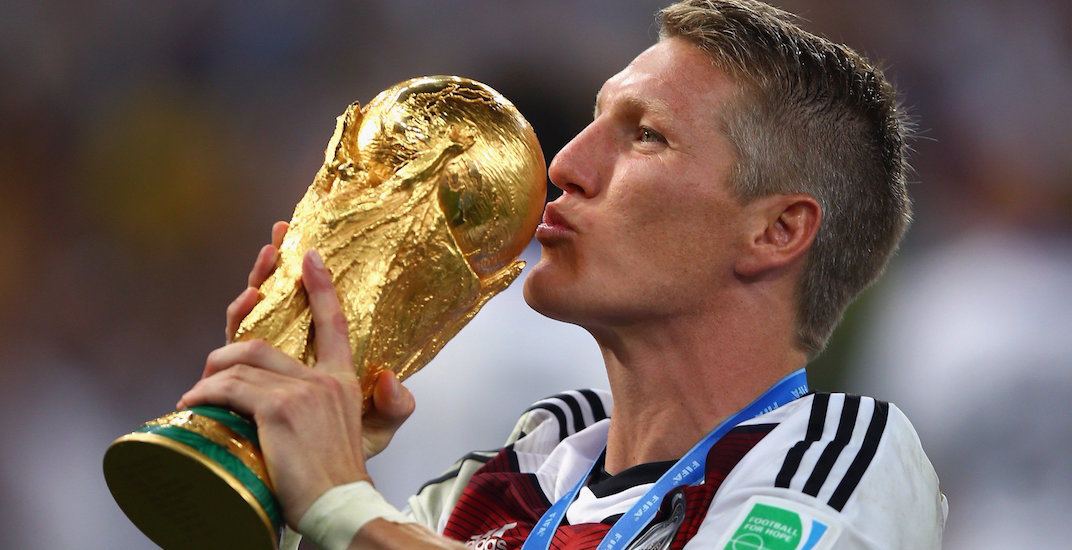 Germany is long gone at the FIFA World Cup, but you’ll be able to see a German soccer legend this weekend.

Bastian Schweinsteiger boarded a flight with his Chicago Fire teammates to the West Coast, as confirmed by CBC’s Jennifer Gardy, who was his seat-mate.

Great victory from France this morning, amazing play in the Belgium-Brazil match, and now my seatmate on this flight Chicago-Vancouver is @BSchweinsteiger. IT DOES NOT GET ANY BETTER THAN THIS, PEOPLE.

Chicago is in town to face the Vancouver Whitecaps at BC Place, Saturday at 7:30 pm. Whitecaps fans have grown accustomed to star players skipping Vancouver, both because of its proximity on the continent and the unforgiving turf at BC Place, so some fans were understandably skeptical this time around as well.

We likely won’t have confirmation that Schweinsteiger will play until just before game time, though it would seem unlikely that Chicago would fly him all the way here and not play him. When Thierry Henry and Didier Drogba skipped games in Vancouver, for instance, they didn’t bother flying in. Schweinsteiger, who joined MLS last season, has played on artificial turf before in Seattle and New England.

Schweinsteiger, 33, was a star midfielder for Bayern Munich for 14 years, before moving on to Manchester United in 2015. Internationally, Schweinsteiger has made 121 appearances with the German national team, winning the World Cup in 2014.