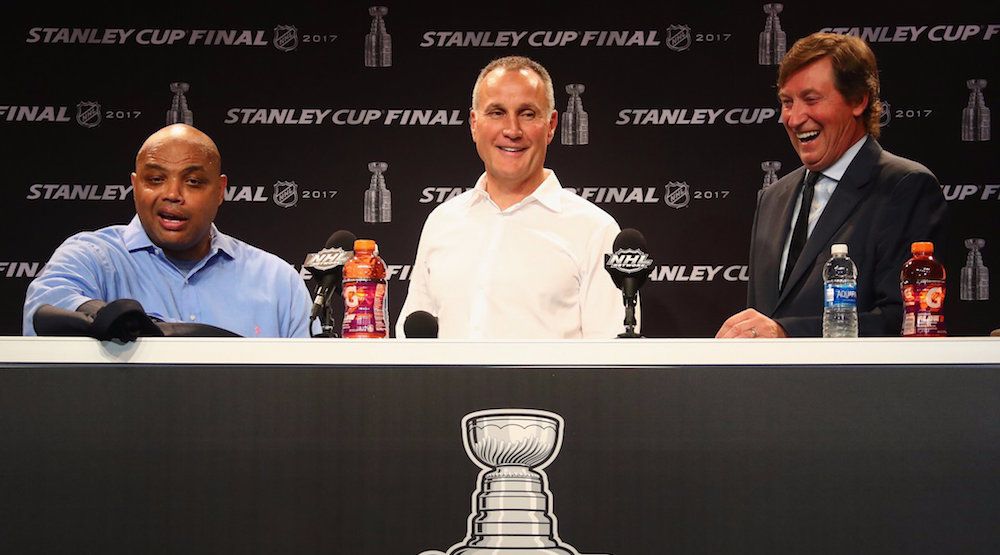 A couple of hockey legends got an unexpected visitor in the middle of their press conference on Monday.

NHL Centennial ambassador Wayne Gretzky, along with former teammate Paul Coffey, were answering questions from the media prior to Game 4 of the Stanley Cup Final in Nashville when in swooped an NBA legend.

“Grant Fuhr,” Gretzky said, which was greeted with laughter.

Barkley, who Gretzky called “the biggest hockey fan in North America,” has been outspoken about his love for the Stanley Cup Playoffs this spring.

Barkley says he started following hockey in Alabama and his favourite hockey player of all-time is Ron Hextall.

"The playoffs in hockey have been amazing. The NBA playoffs have not been very good." Charles Barkley pic.twitter.com/gXjdfO7Sey

“Thank God for the NHL playoffs,” Barkley said four weeks ago during an NBA on TNT broadcast. “That’s what I’ve been watching in the back (of the studio) instead of some of these (NBA) blowouts.”

The Penguins and Predators play Game 4 in Nashville on Monday, before the series shifts back to Pittsburgh for Game 5 on Thursday.

Charles Barkley has his eye on a few big names for tonight’s game.