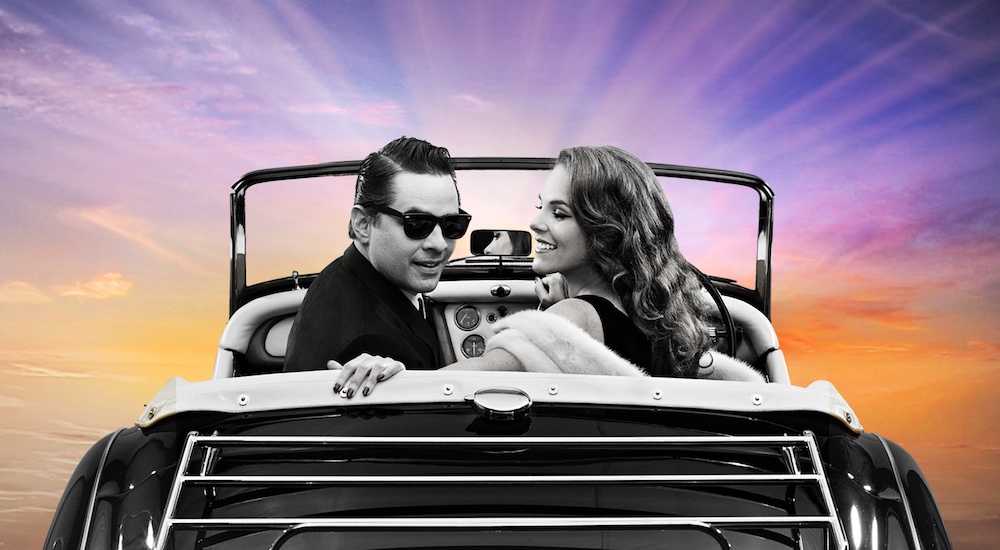 Get out the sunscreen, sunglasses and your fave summer attire, because Bard on the Beach is starting to heat things up.

Celebrating its 28th season, this beloved Shakespeare festival, known for its fresh takes on the Bard’s classics, will be transporting audiences to Italy all summer long. All four of its headliner shows have been set in the land renowned for wine, art and romance.

Much Ado About Nothing, The Winter’s Tale, The Merchant of Venice and The Two Gentlemen of Verona will captivate audiences with passionate Italian flair.

As expected, each play charts the ups and downs of characters facing challenges like misunderstandings, jealousies, prejudices and tragedies, in their fight for love. 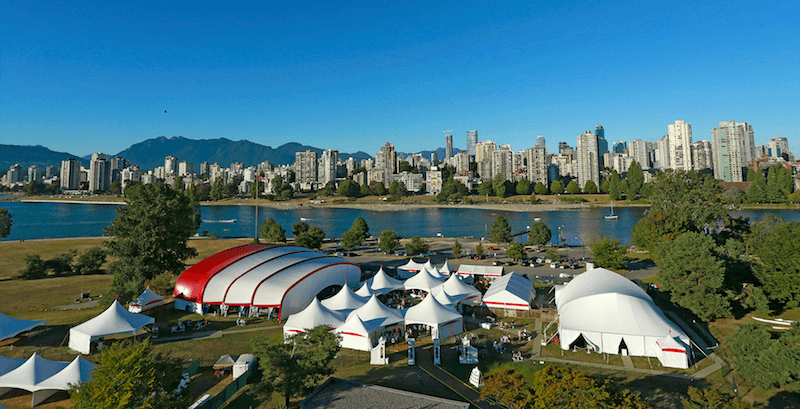 The Bard Village in Vanier Park (Image: Bard on the Beach)

And if you haven’t been to Bard on the Beach before, you’re in for a treat. Situated along the waterfront in Vanier Park, the festival offers a picturesque summer atmosphere.

Known as Bard Village, the festival site opens an hour before showtime, and it’s a great place to mingle, and take advantage of the bar and concession. Just know that the bar isn’t open for weekday matinee performances.

Without further ado (no pun intended), here’s this year’s Bard on the Beach lineup.

Much Ado About Nothing 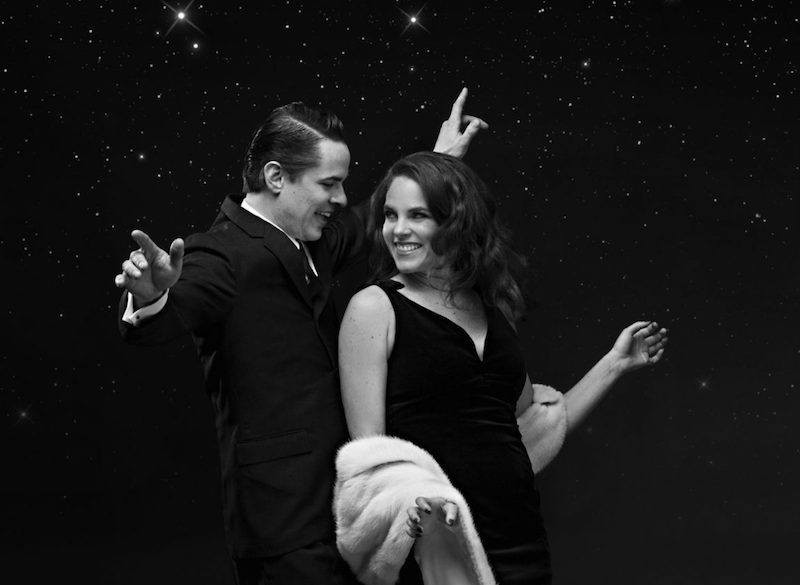 Kevin MacDonald and Amber Lewis in Much Ado About Nothing (Image: David Cooper and Emily Cooper)

This romantic comedy pokes fun at how gossip and misunderstandings can cause unexpected twists, especially in the love department.

What makes this production so unique? Director John Murphy has set the story in 1950s Italy, where a group of actors and crew are wrapping up the filming of a movie.

Presented in black and white colour schemes, this creative vision of the classic story reimagines its leading characters Beatrice and Benedick as two movie stars. Constantly bickering and feuding, the two stars fight to resist their romantic chemistry off-screen.

Meanwhile, Hero and Claudio’s marriage plans are threatened by the scheme of a shady journalist. Throw in the paparazzi, some wine and sexy Italian heat, and who knows what will happen?! 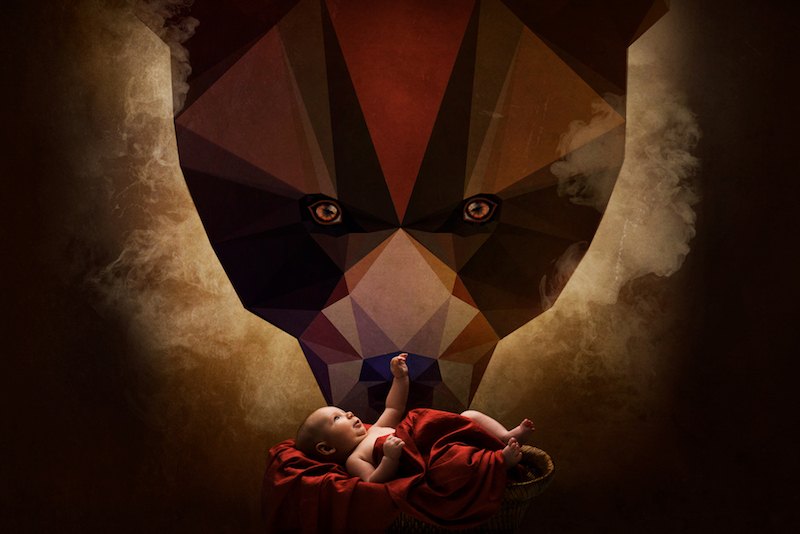 This story of overcoming adversity and tragedy will inspire audiences. Set in Sicily and Bohemia, the story begins with an unfortunate turn of events that send an innocent woman to prison and her newborn baby to be abandoned in the wilderness. Sixteen years later, a fateful opportunity offers a path towards redemption, forgiveness and for a family to be reunited.

The Merchant of Venice 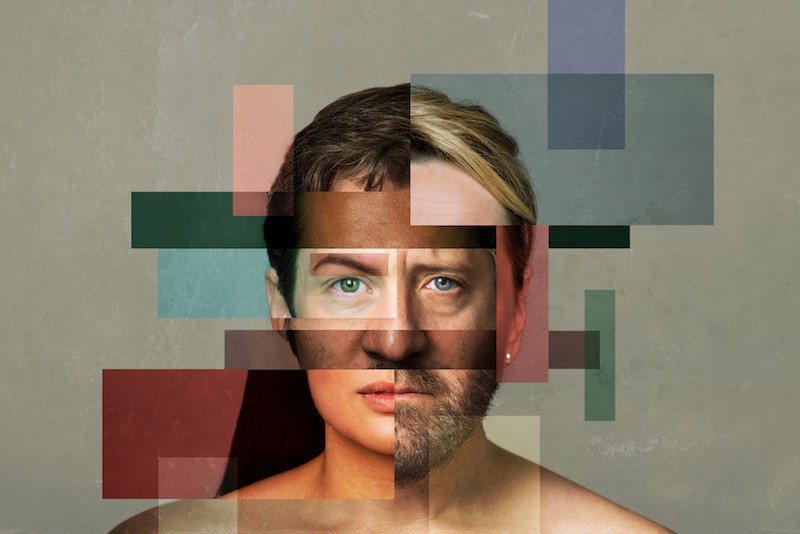 Shakespeare’s classic study of power and prejudice, written in the 16th century, is still hauntingly relevant today. In fact, director Nigel Shawn Williams has set this version in present day Venice. The story is a compelling look at how some people choose to treat ‘others’ in their midst, as well as the dark consequences that can arise as a result.

The Two Gentlemen of Verona 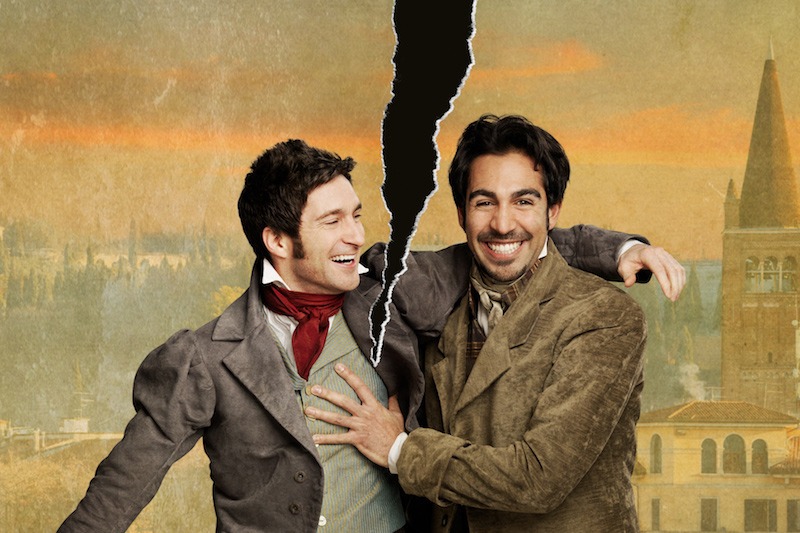 Have you ever fallen for your BFF’s partner? If your answer is yes, you’re not alone. And if you were dating someone at the time, you get extra brownie points. Because that’s exactly what The Two Gentlemen of Verona is about.

The two gents are Valentine and Proteus, and the latter is in love with Valentine’s girlfriend, Sylvia, even though Proteus already has a girlfriend of his own. This lively romantic comedy is a smart, sexy commentary on friendship, love and loyalty. 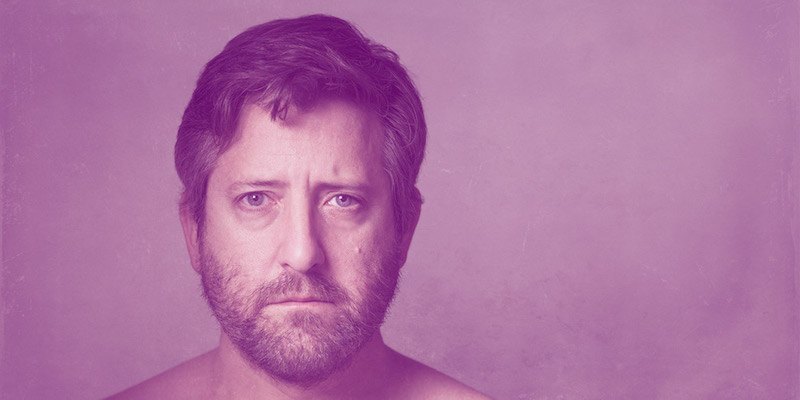 This special addition to the four headliner shows is an interesting examination of political correctness and censorship. The plot involves Jon Davies, a Jewish actor who is condemned by his community for his portrayal of Shylock, one of the characters in The Merchant of Venice. After his production of The Merchant of Venice closes, Jon uses his final post-show talkback to raise provocative questions about artistic freedom and cultural appropriateness.

When: Running until September 23