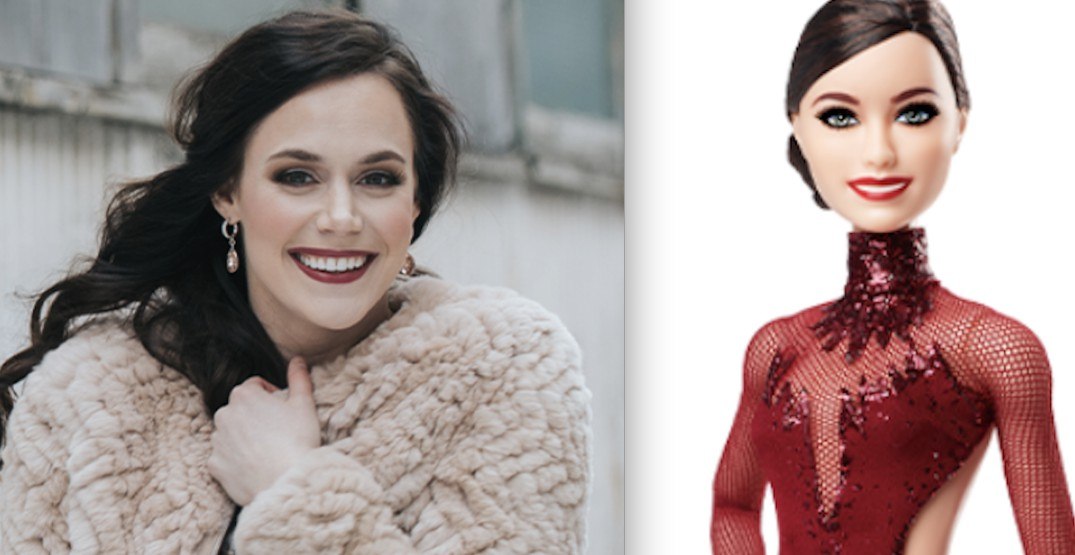 Tessa Virtue is an ice dance champion, Canadian icon, and now she is a Barbie “Shero.”

In celebration of International Women’s Day and Barbie’s 60th anniversary, the famous doll brand is honouring strong, female role models across the globe — and naturally, they chose Virtue.

“Tessa Virtue is a Canadian ice dancer and one-half of a team known for their legendary elegance, athleticism, innovation, and their unparalleled ability to skate in unison,” stated the company on its website.

The brand goes on to acknowledge Virtue’s long list of Olympic achievements, alongside her partner Scott Moir.

“At the 2010 Vancouver Winter Games, Tessa and Scott Moir became the first ice dancers from North America to win gold, but they were also the first ice dance team to win on home ice, the first to win gold in their debut, and the youngest winning pair. At the 2014 Winter Games, they won silver in both the individual and team events. After taking two years off following the Games in Sochi, Tessa and Scott made a successful comeback to the competitive realm and went undefeated in the 2016/2017 season.”

“All eyes were on the dynamic duo as they captivated the world’s attention at the 2018 PyeongChang Games, taking home two golds and securing their titles as the most decorated figure skaters in the history of the sport.”

Not only is Virtue an Olympic champion, but she’s also been named one of the most famous female athletes in the world and became NIVEA’s first-ever Canadian brand ambassador.