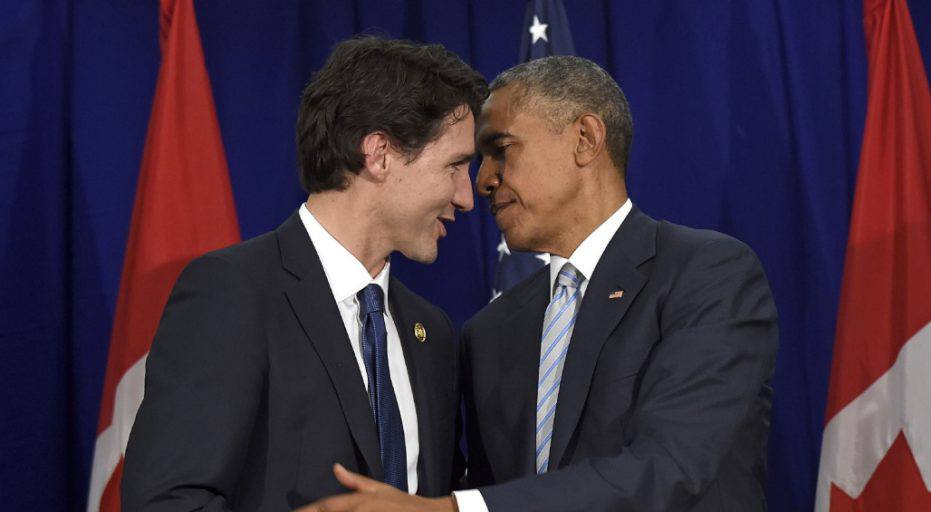 Few countries share a bond as close as the one between Canada and the United States.

And while both nations don’t always love their neighbours’ respective leaders, there was a certain romance that defined our country’s relationship with Barack Obama.

With Obama’s term officially coming to an end in just 48 hours, here are 9 true love moments between Canada and the outgoing U.S. president from the past eight years…

Last summer, Barack Obama became the first U.S. president to speak at the Canadian House of Commons since Bill Clinton did so more than 20 years prior. Cabinet members greeted him with a chorus of “four more years.” Obama would have to concede his presidency half a year later as a result of the United States’ two-term limit on holding office.

Shortly after midterm elections in 2014 that saw Obama’s approval rating South of the Border tank, a Victoria, B.C. resident requested in an open letter that America send their President to Canada, where he’d be appreciated.

“So, Americans vote for the party that got you into the mess that Obama just dug you out of? This defies reason,” it read in closing.

“When you are done with Obama, could you send him our way?”

Obama’s toast to Justin Trudeau at a state dinner

In March of last year, Justin Trudeau was invited to a state dinner at the White House. It was three weeks past Valentine’s Day, but that didn’t stop Obama from reading a love letter to his new political pal. Obama dropped Bieber jokes, said he loved Canada in every configuration of words possible, and otherwise glowed about our PM in a manner we just can’t picture any other foreign leader doing.

In 2014, Barack Obama and Canadian then-Prime Minister Stephen Harper bet on who would win the Olympic women’s hockey final. Canada won, of course, in a thrilling overtime comeback. Though a few weeks late, Obama did pay up, dropping off two cases of beer at the Canadian embassy in Washington. Harper said this was just one of several bets between the two leaders.

Thirsty friends at @connect2canada: can you confirm you received our beer today? We don’t want @pmharper thinking we didn’t come through…

Canadians would have elected Obama in a landslide

When Obama was up for re-election in 2012 against Republican nominee Mitt Romney, Canadians were asked for whom they’d vote if they could. The answer was overwhelmingly Obama – polls consistently showed him winning 80% of the popular vote in Canada. In the U.S., Obama won 51% of the popular vote compared to Romney’s 47%.

Obama to Canada: “I love this country”

George W. Bush drew the ire of Canadians in 2000 when he chose Mexico over Canada as his first foreign visit, which is generally against tradition. Obama was happy to revive the custom, declaring “I love this country” when he visited Parliament Hill in Ottawa shortly after his 2008 election. 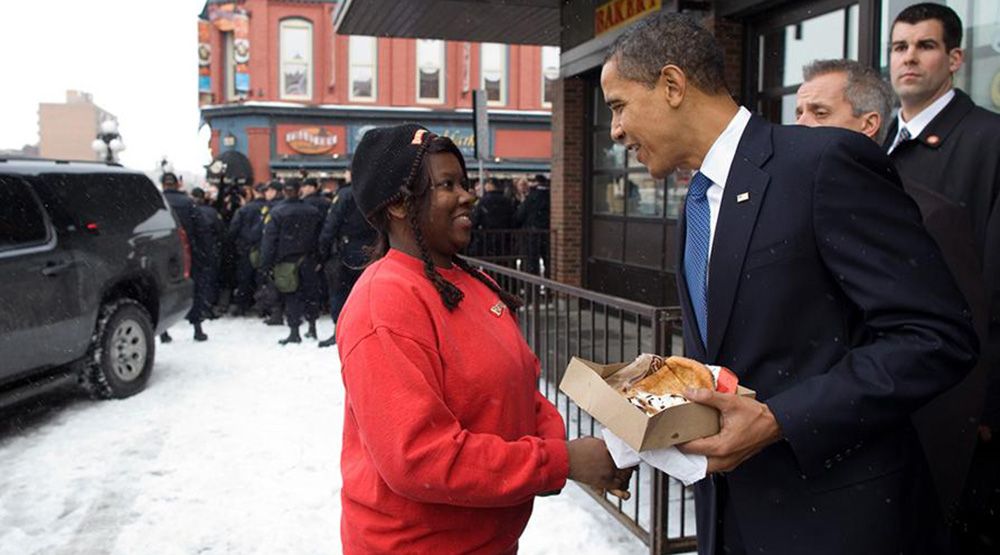 Obama in Ottawa a few months after his election

Not only does Barack Obama have a Canadian brother-in-law, he also chose two Canadians as key staff members in the White House. He’d probably choose more if he could.

They say imitation is the sincerest form of flattery, so of course Canada was happy to see Obama finally push through in delivering the Affordable Care Act. While his version of socialized healthcare didn’t pan out to be quite as effective as ours, we’re happy to serve as the inspiration for a noble effort…even if it might not last long.

Sick of all the lovey-dovey? In less than three years, we could be looking at a Trump-O’Leary coalition. Talk about killing the mood.