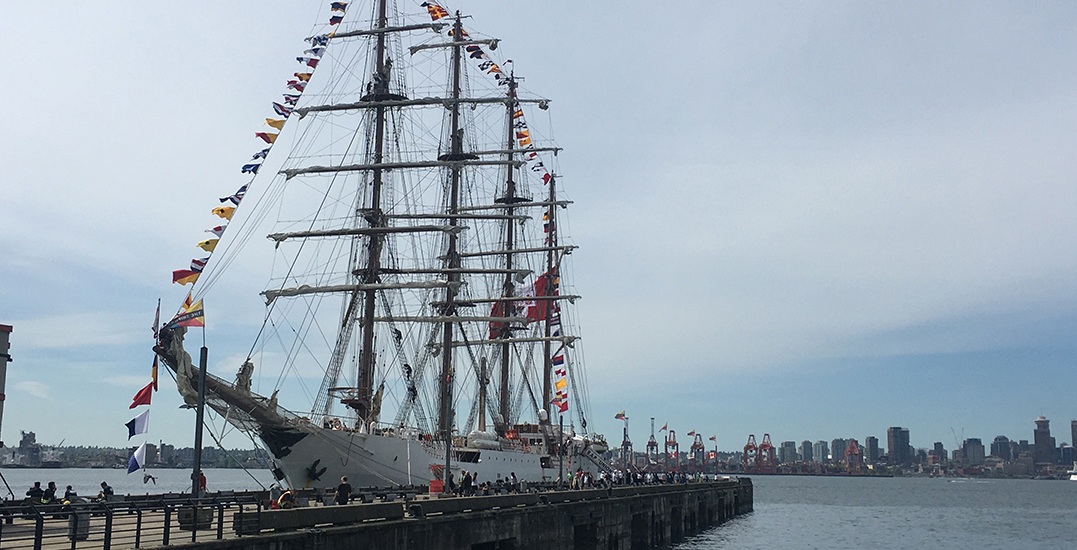 The BAP UNIÓN is a Peruvian tall ship that is used for training the country’s Navy. The ship, on its fourth training voyage, is an integral part of the training for members of Peru’s Naval Academy, as well as an ambassador of goodwill in every country that it visits.

This weekend’s visit marks the 75th anniversary of the establishment of diplomatic relations between Peru and Canada.

The name, BAP UNIÓN, is in honour of a Peruvian corvette that took part in the 1879 – 1883 War of the Pacific. It was part of a Naval squadron under the command of Admiral Miguel Grau, who’s known as a hero of the Peruvian Navy.

There are 250 officers and trainees currently on board. 115 of those members are cadets, most of whom are in their third year of naval school.

The ship also has two onboard doctors, a dentist, and several priests.

Here are some photos of the tall ship docked in North Vancouver. It is free to visit this weekend. 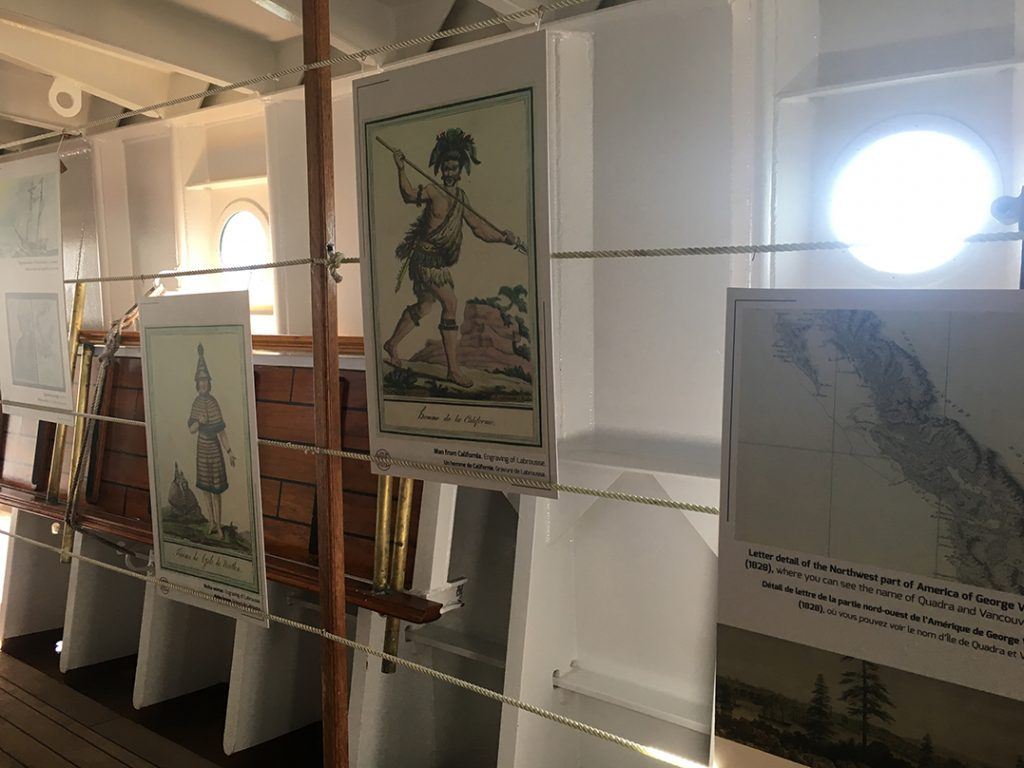 A miniature exhibition, set up on the deck of the ship for visitors. (Daily Hive) 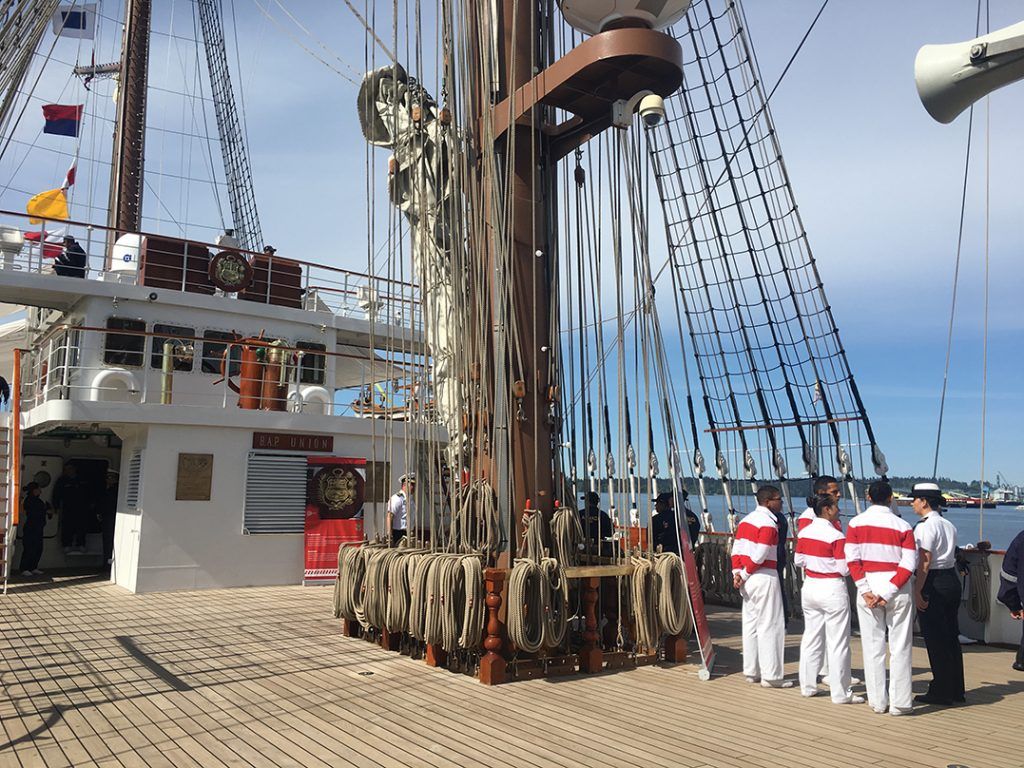 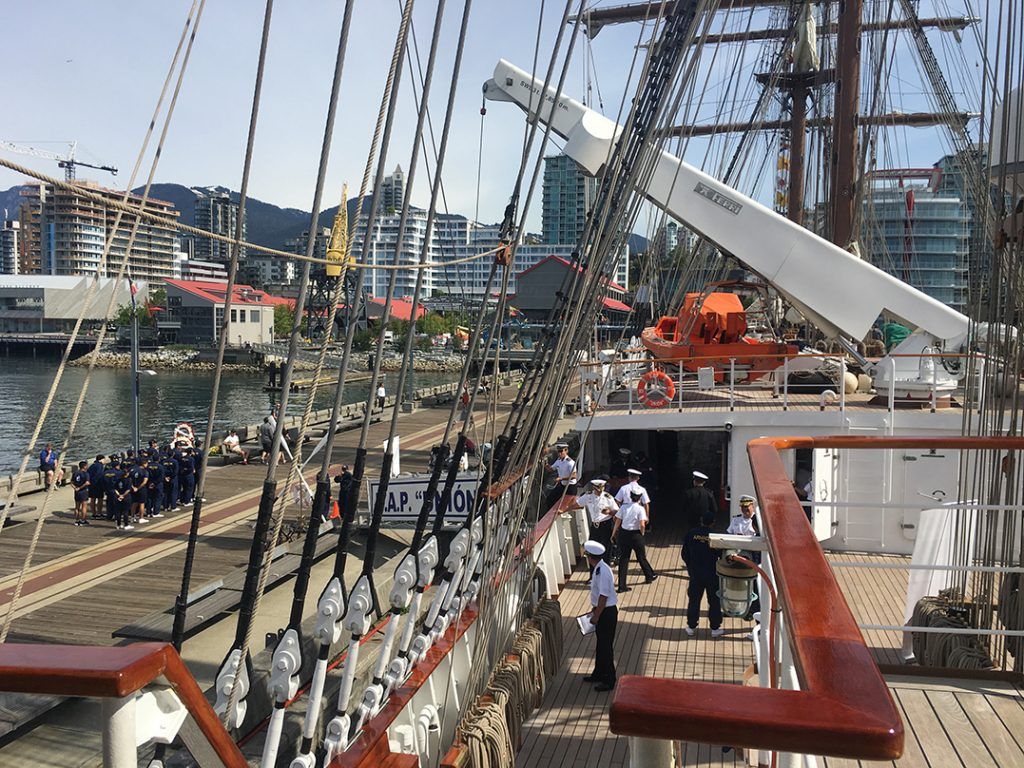 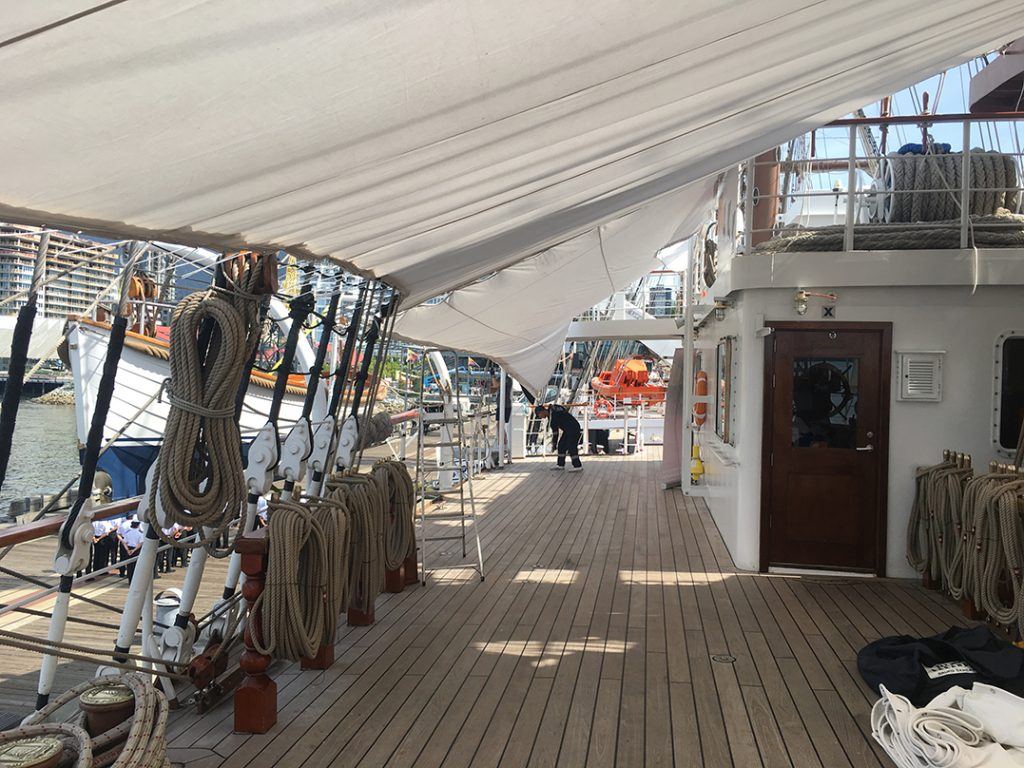 The deck of the ship (Daily Hive) 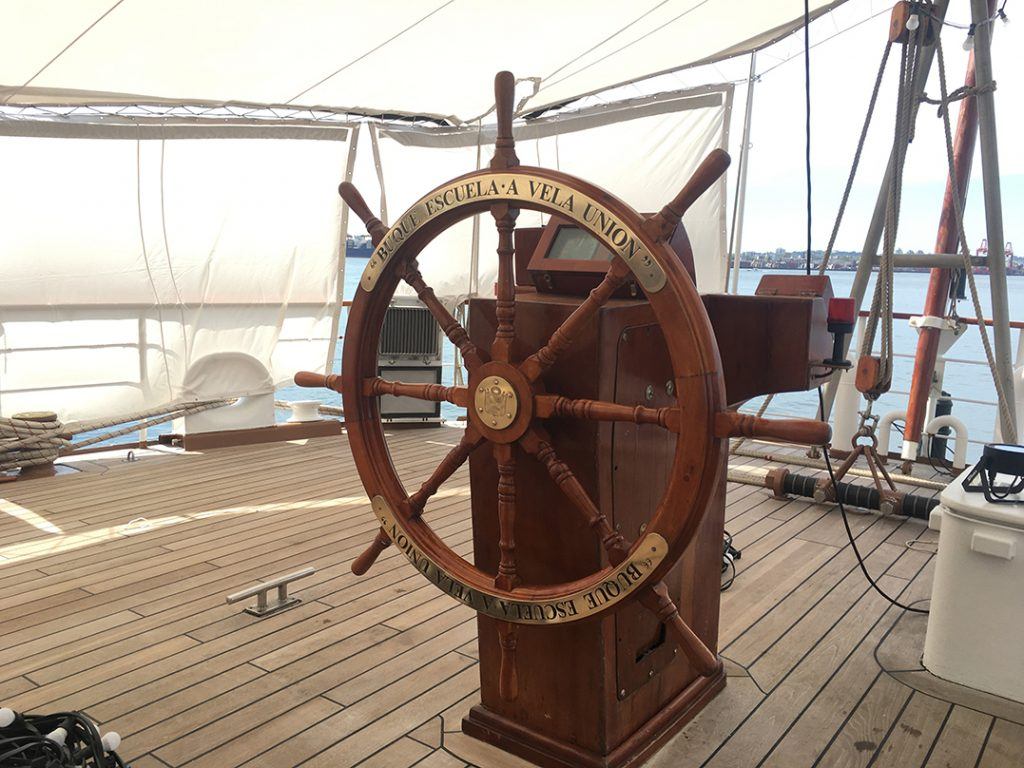 A secondary wheel that can be used to maneuver the boat in emergencies (Daily Hive). 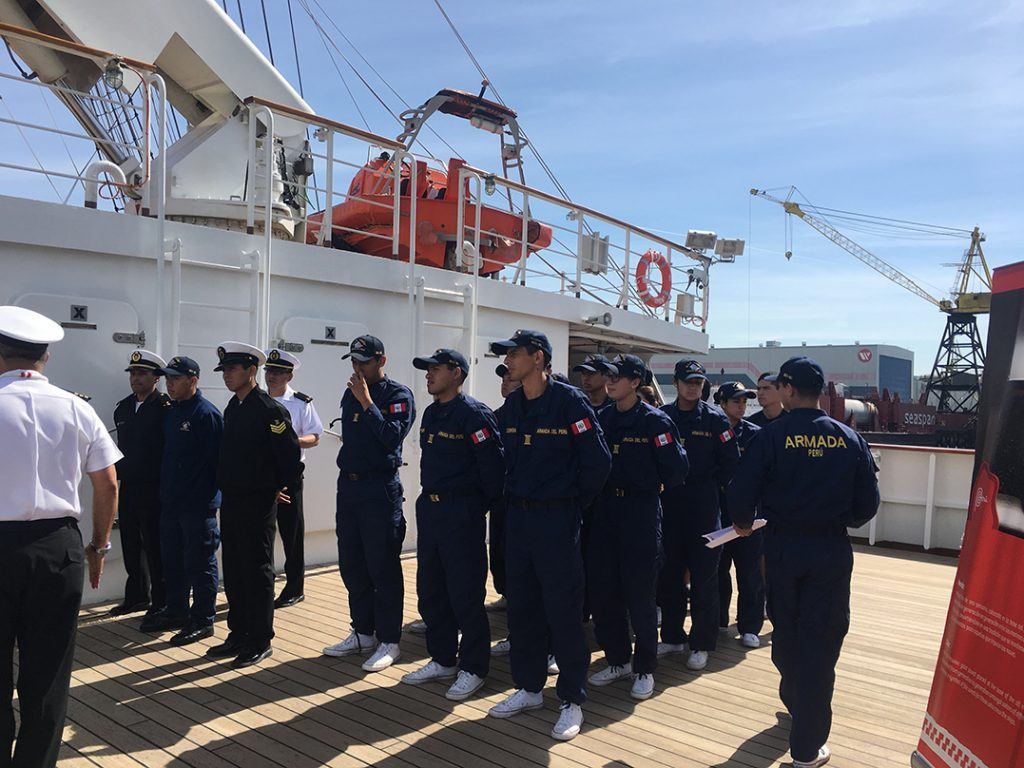 Some of the ship’s crew members (Daily Hive). 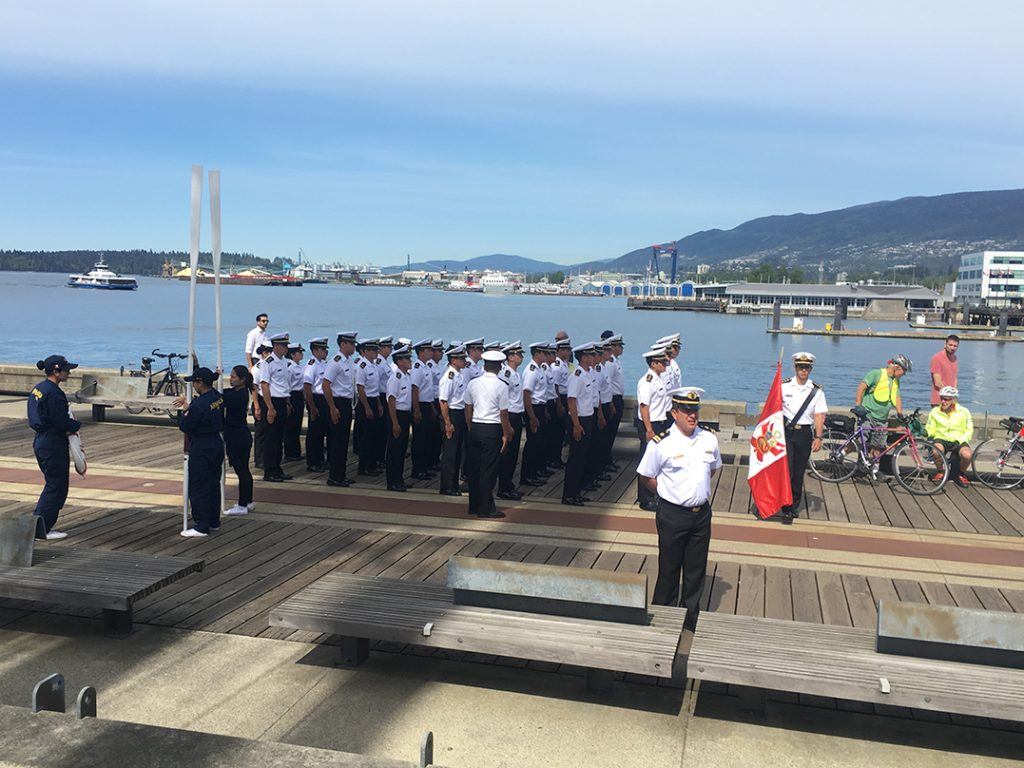 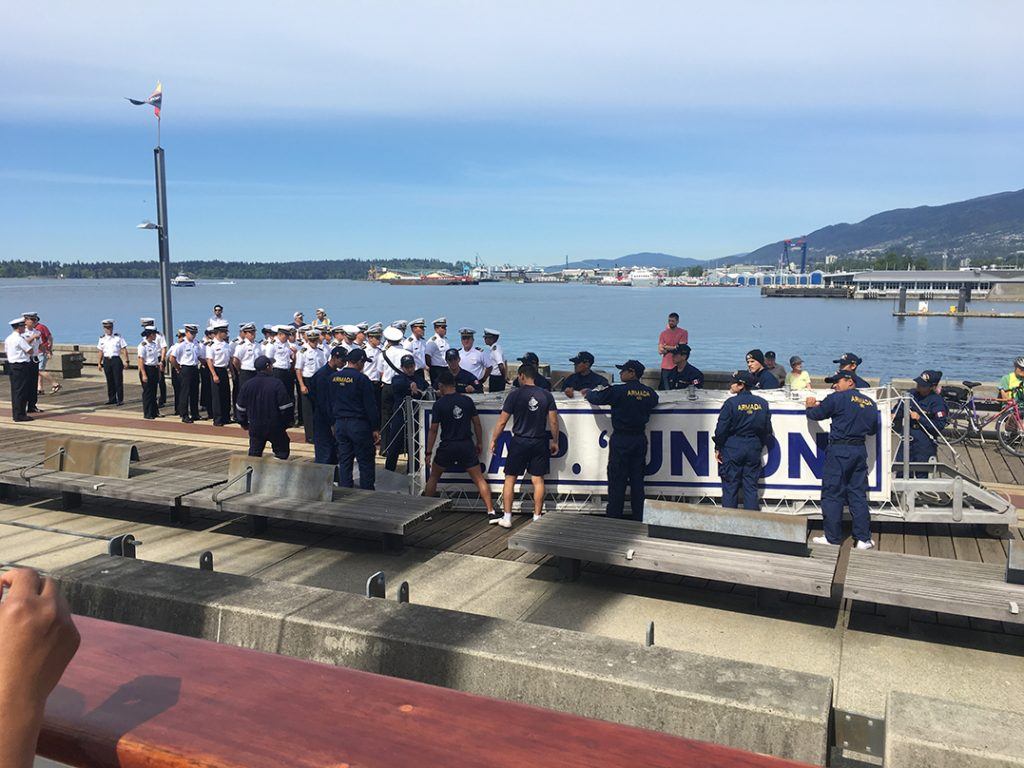 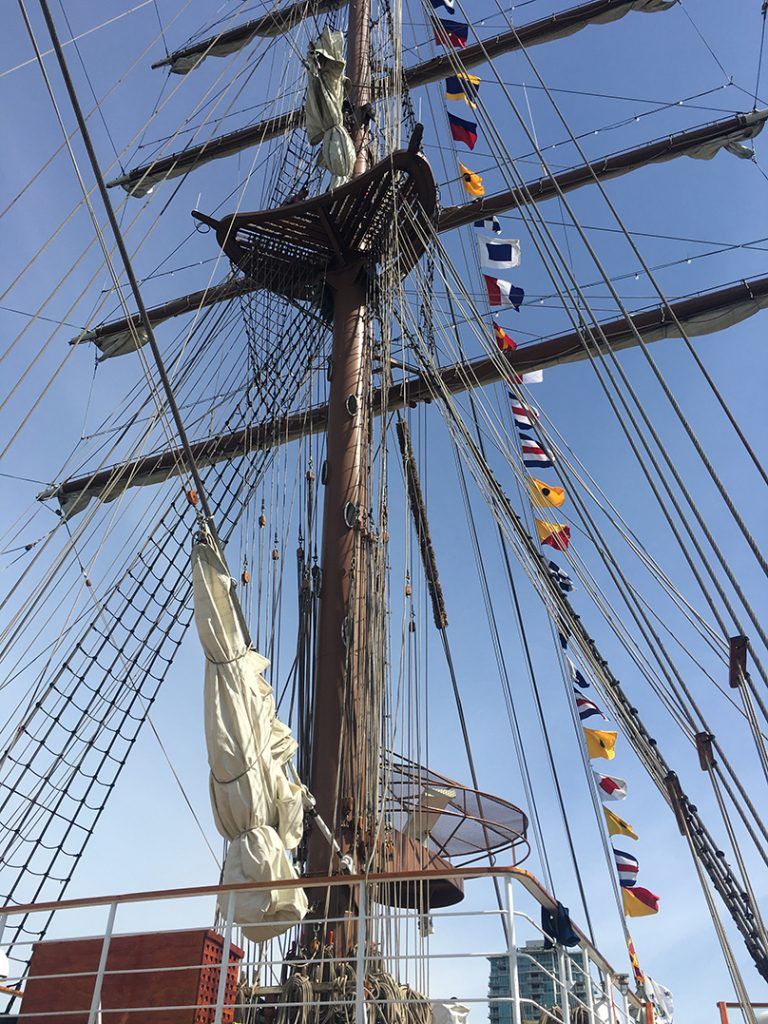 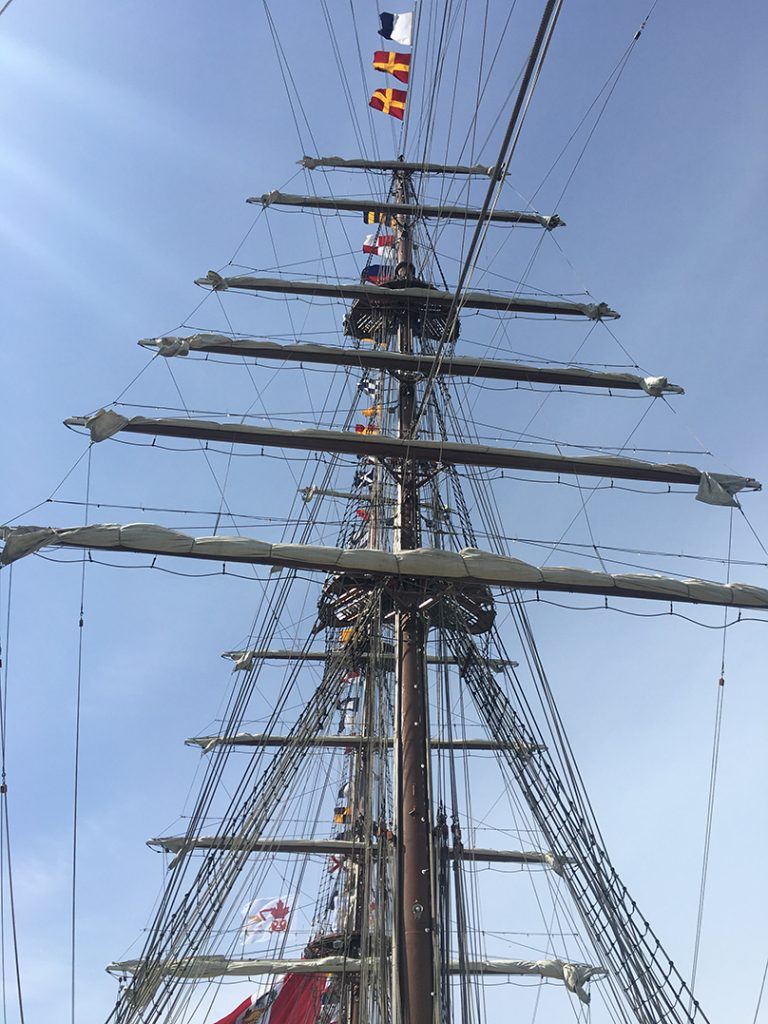 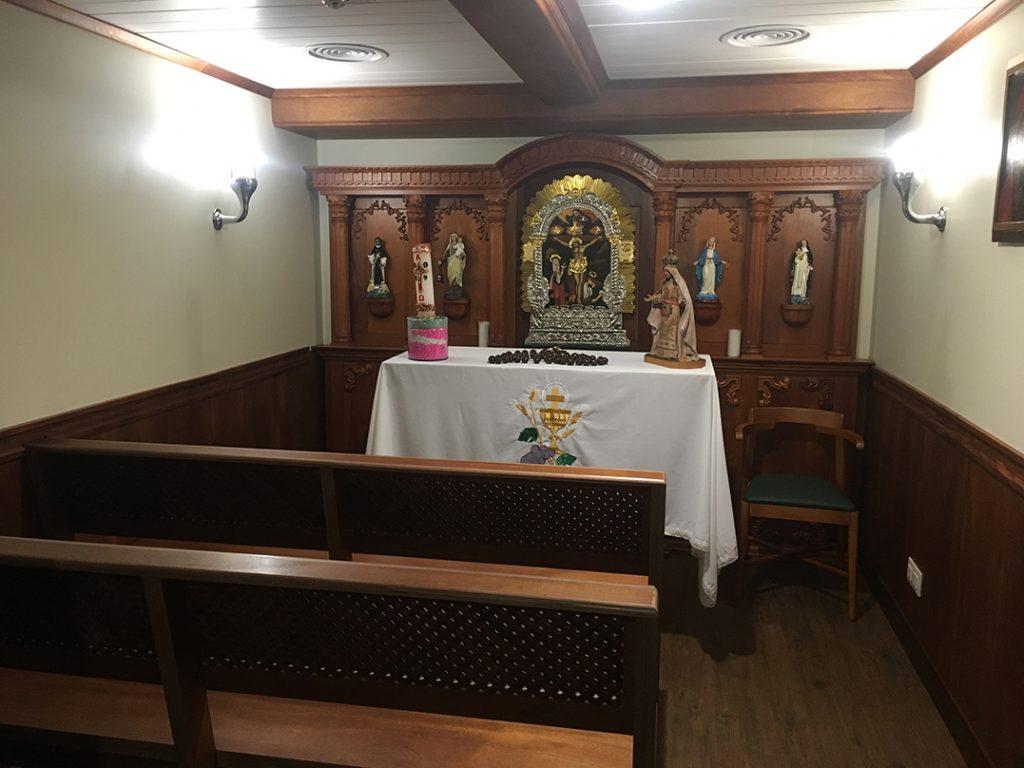 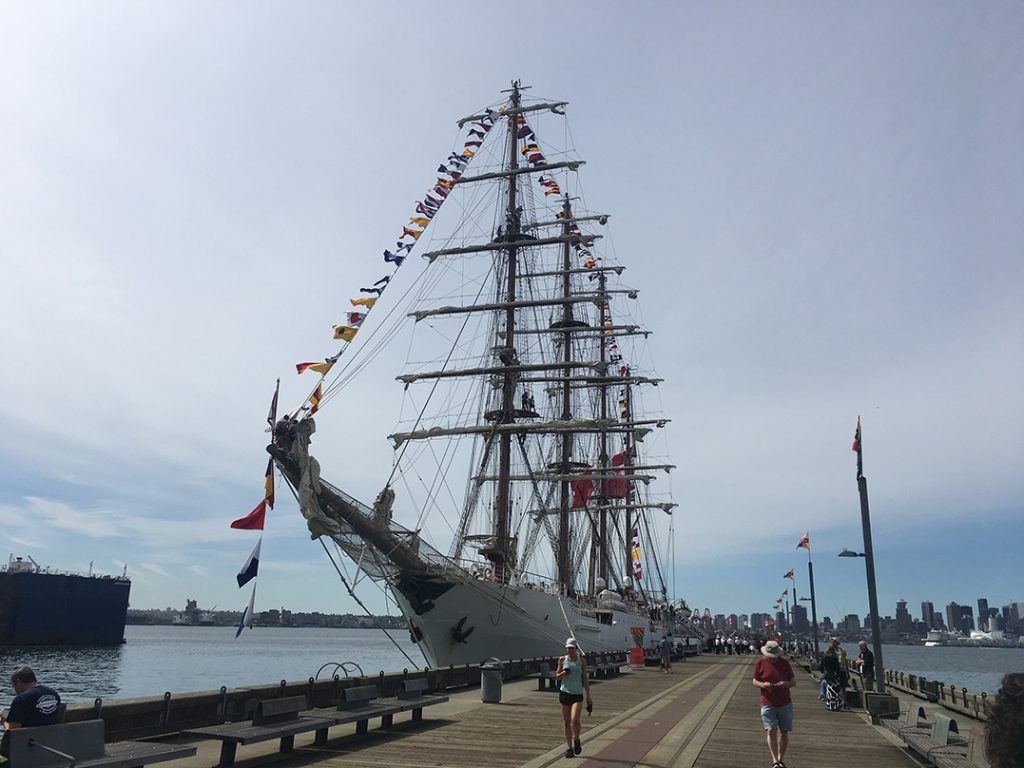 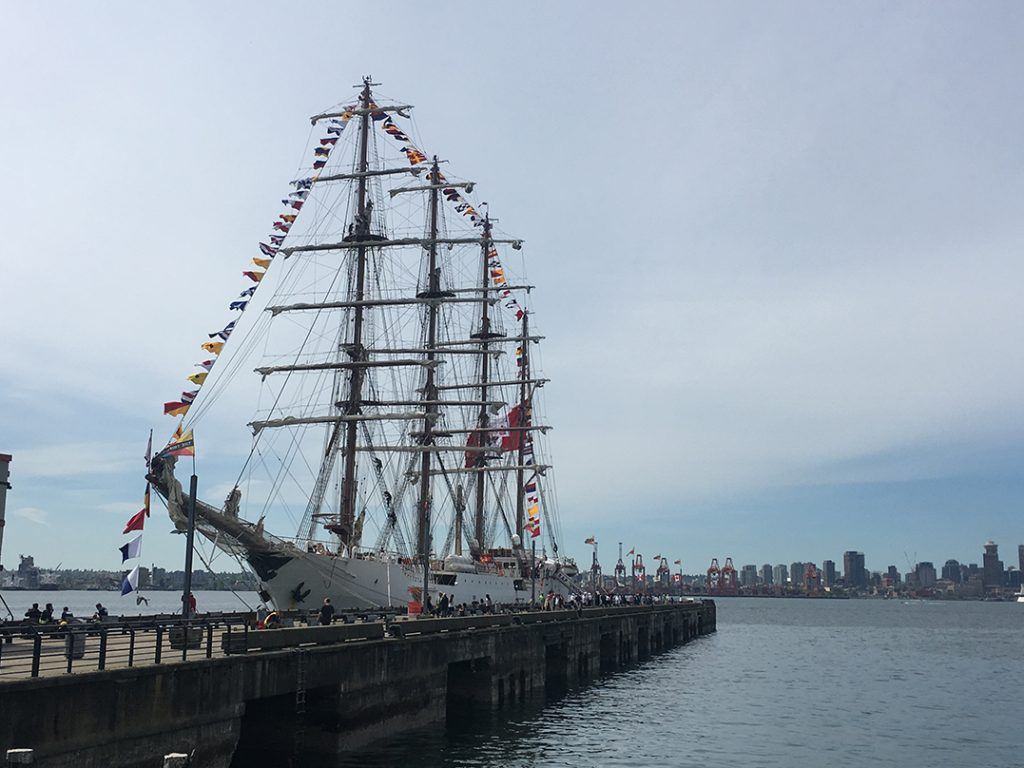