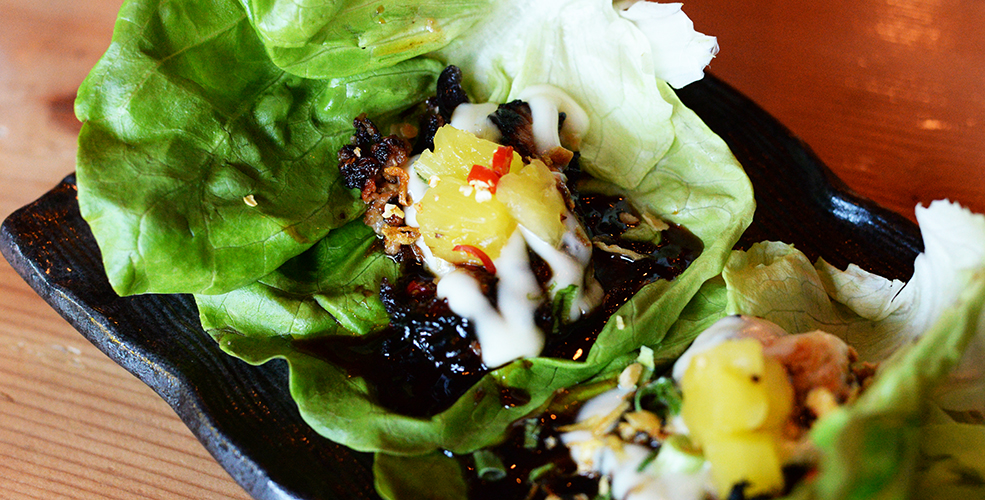 Bow down to Bao Down.

“When we won, I had no intention of having [the chicken wings] on the menu, but instead run them as a feature,” said Edwards. “However, we put them on the menu because of everyone’s love for the dish.” 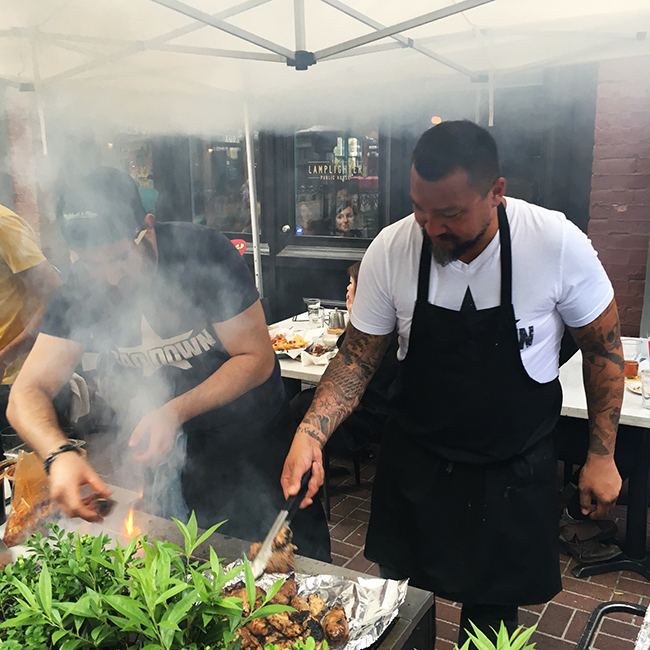 The rules for the friendly competition, which brings together restaurants from around the neighbourhood, are pretty straight forward; the night before the contest, each team is given 20 pounds of wings and a bottle of Lot 40 Canadian Whisky, which they must use in their recipe. They’re then sent away to work on their creations, which are live grilled on the Lamplighter’s patio, and unveiled and served up for eating and judging by the crowd and a panel of “expert” judges (this year including Daily Hive Food Editor Lindsay William-Ross).

After a fierce cook-off between restaurants such as Water Street Cafe (2015 champions), Catch 122, Tacofino, and The Charles Bar, Bao Down was ultimately crowned the 2016 winner.

Edwards’ victorious recipe involved deboning all of the wings they were given and soaking them in a marinade consisting of sweet shoyu, honey, tamari, garlic, ginger, and pineapple. Stuffed with a mixture of pork and prawns (to emulate everyone’s favourite dim sum — siomai), the wings were then wrapped in caul fat, vacuum packed, put in a sous vide for two hours, then set aside to cool. 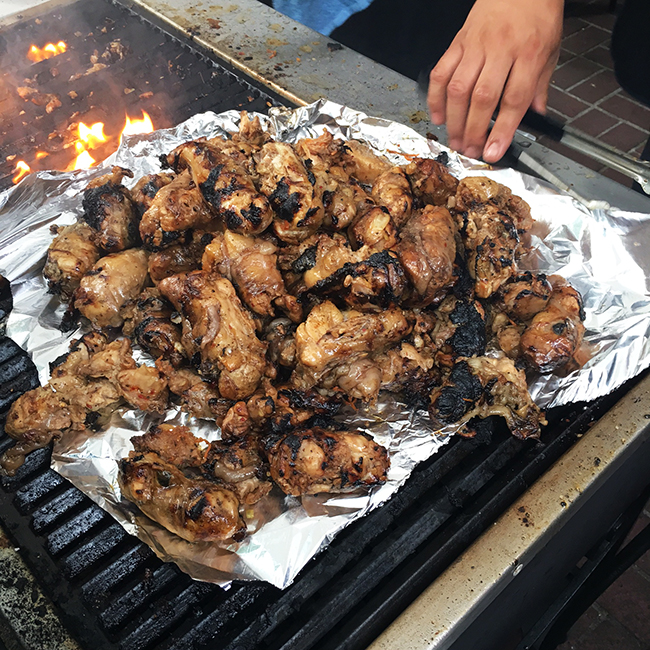 “When I came up with the recipe I was looking for a flavour profile that had a balance of sweet, salty, spicy, and sour, with textures that were playful,” remarked Edwards.

Edwards certainly achieved a unique and memorable wing that not only impressed taste testers at the whisky-inspired wing cook-off but also continues to deliver satisfying results at the restaurant. 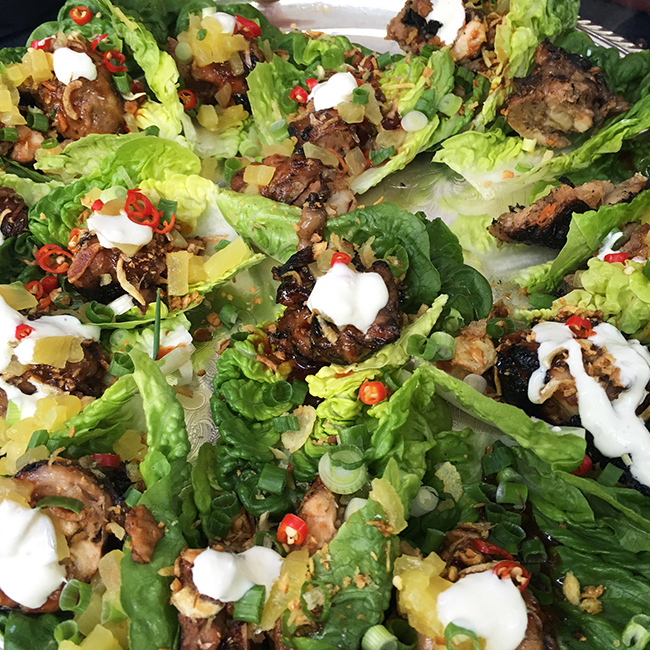 Labelled on the menu as Sprung Chicken, the dish, which has been designed to be sampled and shared, has been modified ever so slightly.

“I ended up changing the dish to use chicken thighs because I felt that they would offer more meatiness,” said Edwards.

Making this slight modification, Edwards has achieved an even more impressive eat and one that now resembles a filipino dish, Embutido–a dish that is one of Edwards’ own favourites.