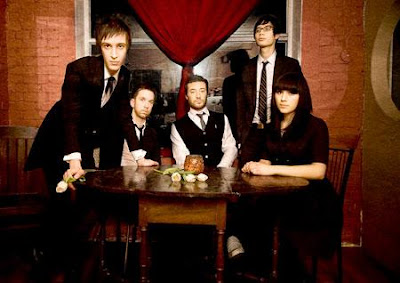 16 MM is a local Vancouver band who most recently took party in the Juno Fest festivities with a gig at the Biltmore. Vancity Buzz was sent an invite but we were unable to attend. However, they were kind enough to send us a copy of their EP titled 16MM and let me tell you I couldn’t put it down. Urban Dweller you would like this stuff.

16 MM echoes the sound of the early 80’s and for me at least certain elements and songs reminded me of The Clash (one of my all time favourite bands, Magnificent 7 anyone?). It’s a surprise to me that they haven’t blown up as of yet. It’s just a matter of time before they start to invade your airwaves, they might be ahead of the times.

They are a confident bunch that want to write the perfect song every time. Judging by what I’ve listened to thus far, they are pretty damn close. Their best songs would be (they are all awesome but these 3 songs I can’t get out of my head) Lula, So Cliche, S.O.S.