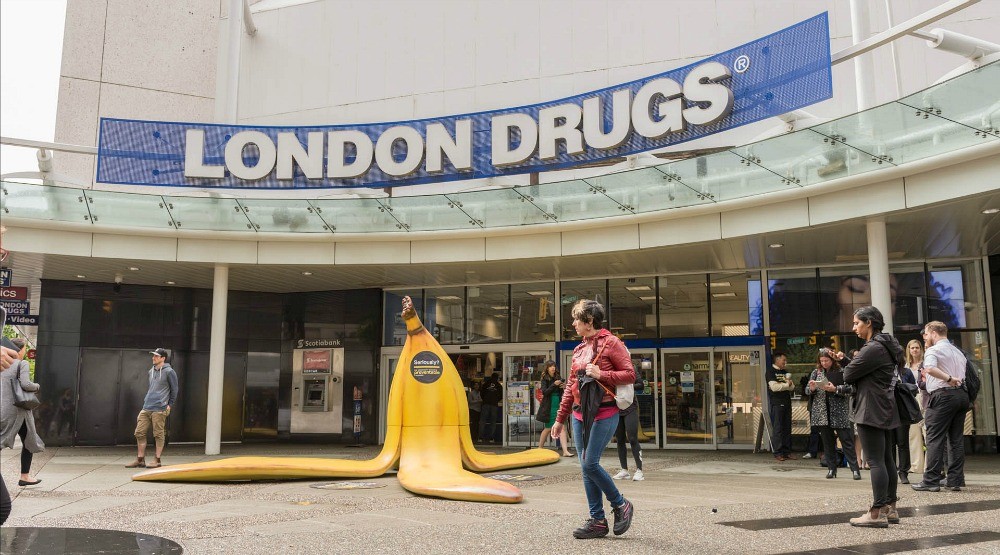 An eight-foot banana sculpture will be in front of London Drugs at Granville and Georgia Street from June 1 to 3.

The sculpture is part of an effort by the Community Against Preventable Injuries (Preventable) to educate British Columbians that there’s no such thing as an accident. In reality, 90% of all accidents are predictable and preventable.

“A lot of people believe ‘stuff happens,’” says Dr. Ian Pike, Co-Executive Director of Preventable. “But the fact is, injuries can and do occur when we take unnecessary risks. This campaign is about ‘seeing’ the potential for injury—because most of the time, the risk is right there in plain sight.”

As Pike explains, the public sculpture was created as a tangible example of how serious injuries aren’t random, unconnected, or unpredictable events. For instance, slipping on a banana skin is something you could ‘see’ coming if you took your eyes off the path in front of you. It’s an idea that’s understood in all languages and cultures, without words.

“We hope that this installation reminds people that injuries can happen to anyone,” says Loveena Chera, spokesperson for London Drugs. “The banana peel is a reminder that serious injuries aren’t accidents—we all know what to do to stay safe at home, at work and at play, or even just walking along the sidewalk.”

Injury is the leading cause of death of British Columbians aged one to 44 years. Every year in BC alone, more than 2,000 people die as a result of injury. That’s one death every four hours and 24 minutes.

Back in 2013, more than 550 children were admitted to BC Children’s Hospital with a serious injury, and more than 9,500 injured kids visited the emergency department.

You can show your support when the banana sculpture is in place by taking photos and sharing the image on social media with the hashtag #preventable, tagging Preventable.

When: June 1 to 3
Where: Outside London Drugs  – 710 Granville Street
Price: Free