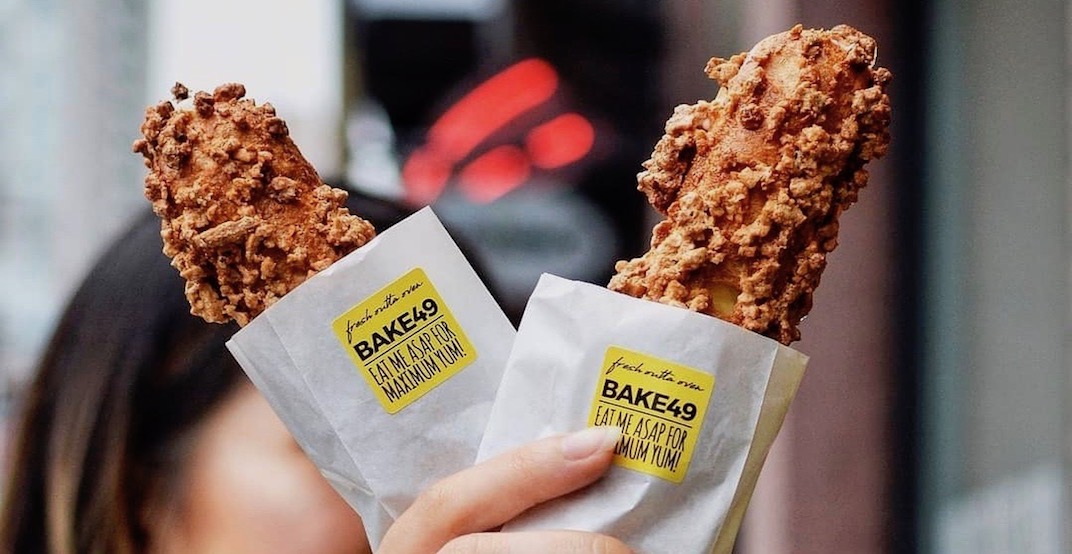 Vancouver’s new Japanese bakery Bake49 had been getting a ton of buzz ahead of its opening soft opening on November 7, and once it opened its doors, the response was so overwhelming that owners needed a breather.

Vancouver loves its treats, and clearly, the bakery needed to prepare for its official opening, which was delayed due to goodies in high demand.

The Yaletown spot’s menu of decadent Japanese treats drew crowds which turned into a long line, leaving people at the back of it with no Double Fromage Cheesecake.

Today, November 16, the bakery is reopening at 1 pm with a new “limited quantity” policy in place – aka they’ve gone Uncle Tetsu on us.

The rule now limits customers to one crunchy cream puff, one box of cheese tarts (three inside), and one cheesecake per customer per visit.

The bakery posted an Instagram message thanking patrons for their patience during the unplanned closure between the soft opening and today.

So there you have it, folks, if you have a sweet tooth you need to try this place if you haven’t already, but be sure to get there in time to get a taste.