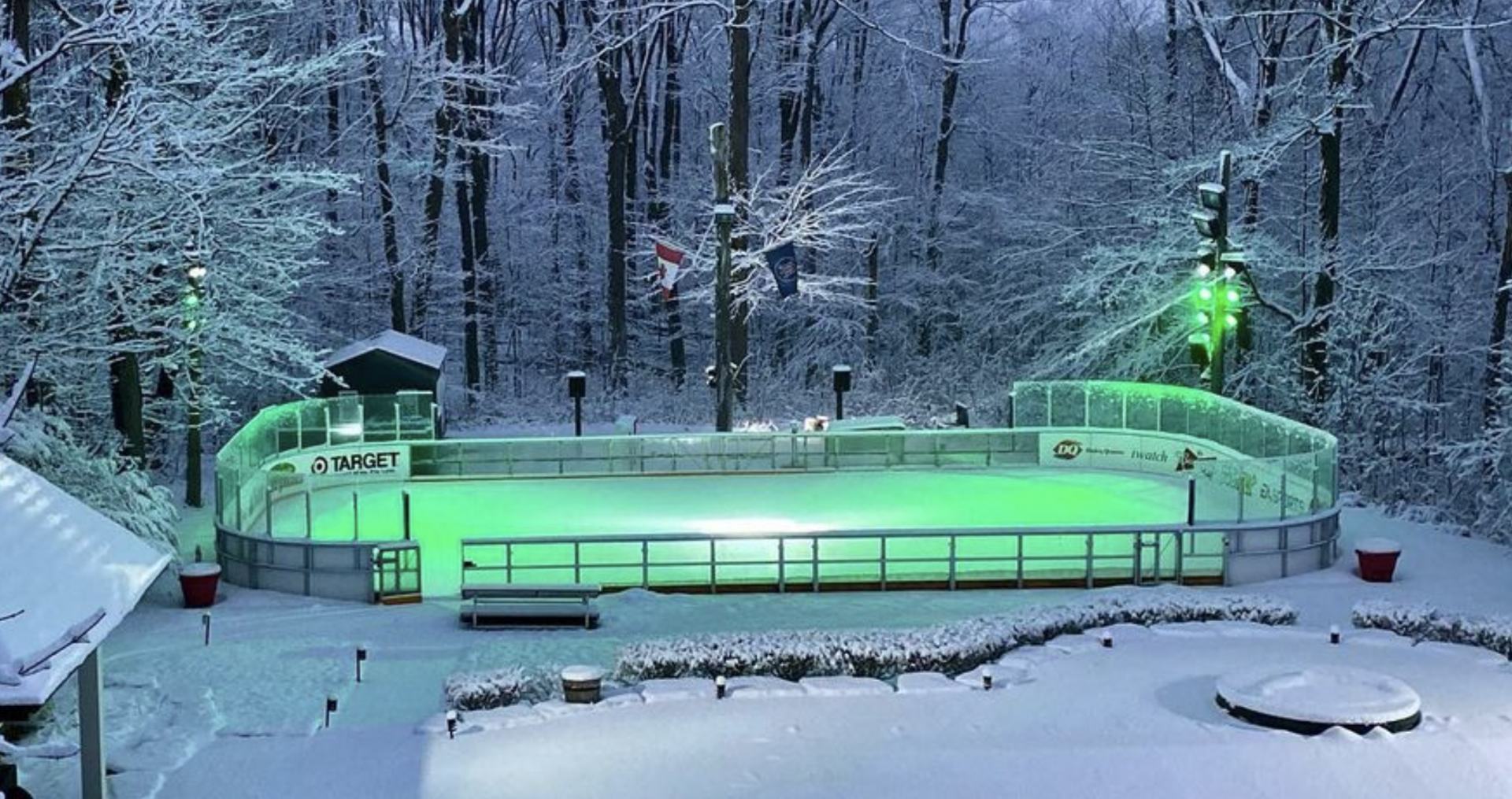 It’s not every day you see a perfect backyard hockey rink. Being in Canada, it’s also not a huge surprise such perfection exists.

As Toronto’s winters are famously freezing, some residents decide to make the most of the cold. Residents like David and Elise Weiss, who create that perfect backyard hockey rink.

According to the Weiss’, their rink “is about half the size of a standard NHL rink but built with a refrigerated ice-making system, spectacular lighting and a professional sound system all controlled using iPhone.”

And this isn’t a new rink. In fact, the Armour Heights backyard rink was built about eight years ago, and over time has been visited by Olympians, TV personalities, and even a prime minister.

Leaving his pro gear behind, this fun shoot was all about experimenting for Blinch, the Toronto-based award-winning photographer who took THE iconic Kawhi Leonard shot.

The two recently spent some time on the backyard rink while Blinch took a break from photographing the Toronto Maple Leafs to shoot Barber in his element. 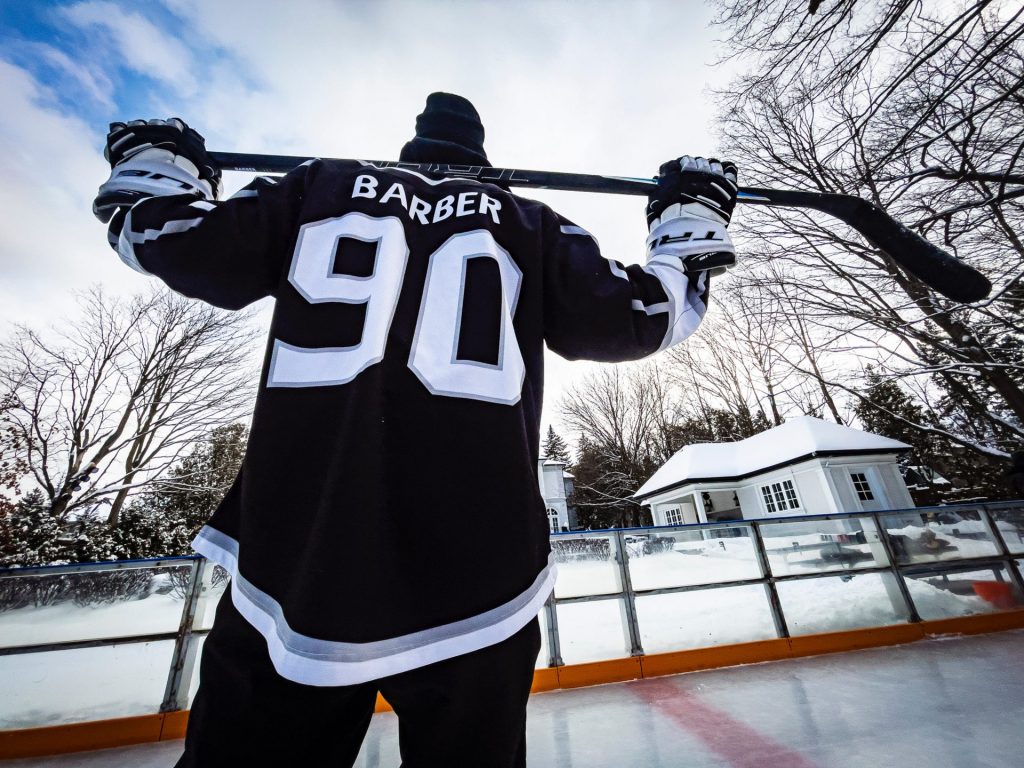 Supplied to Daily Hive/ shot on iPhone by Mark Blinch

While shooting at NHL rinks or NBA courts, Blinch is known for his sharp angles, which he captures by kneeling below eye-level or from the ground looking up.

At the Weiss rink, he experimented with video on his iPhone.

“It was fun to experiment shooting in new ways, as the snow started to fall, I tried making a “video portrait,” which almost looks like a still photograph except with a few moving elements,” Blinch told Daily Hive. “By using the slo-mo video function on the iPhone, the snowfall slows down while Pavel stood still, which made for a cool effect when turning into a GIF.” 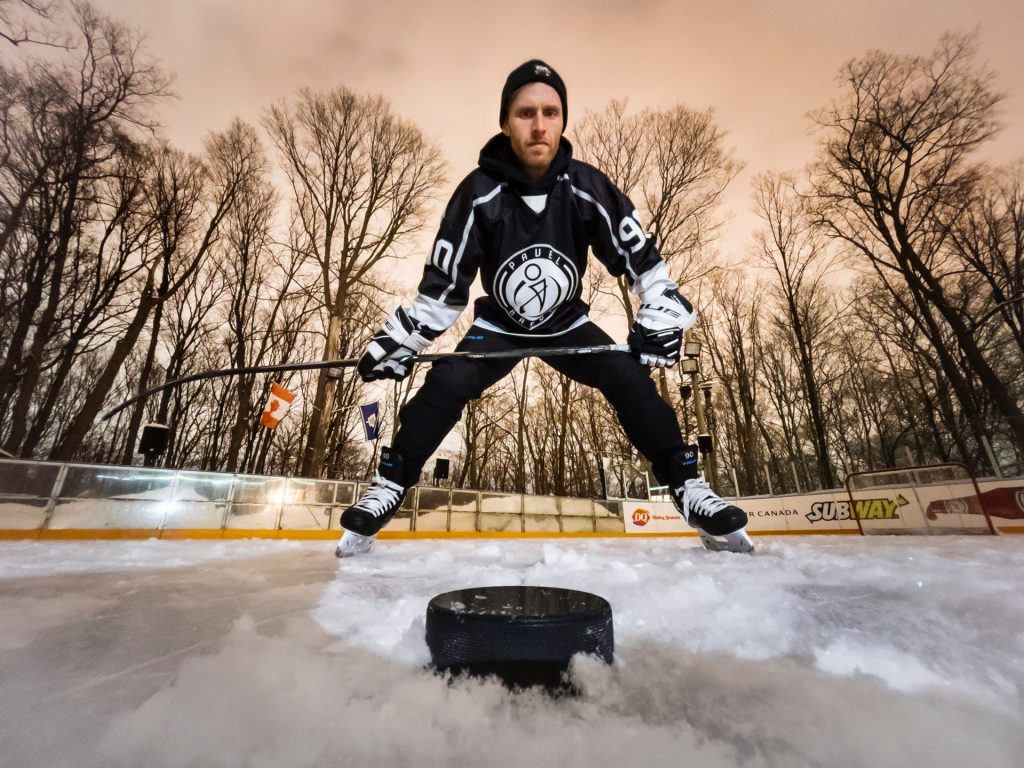 Supplied to Daily Hive/shot on iPhone by Mark Blinch

Shooting at the backyard hockey rink also gave Blinch the opportunity to photograph outdoors, something he doesn’t do with NHL or NBA players regularly.

“As the sun went down, Pavel and I were able to have some fun shooting in low light,” he said on the shoot. “I always find some of the coolest pictures come from experimenting with shooting in the dark, as the camera can see details not usually visible to the human eye.” 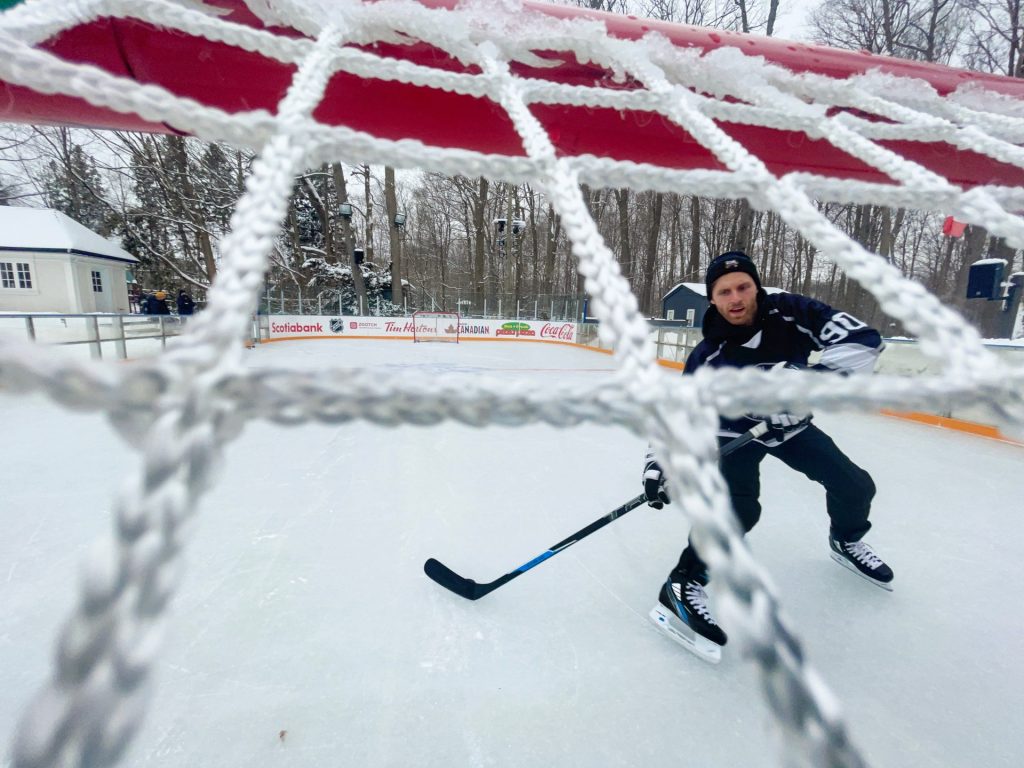 Supplied to Daily Hive/shot on iPhone by Mark Blinch

For those who haven’t watched Barber skate or play with the puck, he’s quick and impressive. It’s no small feat to keep up with him – especially with cameras.

It is, however, an acceptable challenge for a pro like Blinch, who loves being able to just shoot from his phone.

“At the rink or anywhere you go, when you see a great moment or picture, you can pull it right out of your pocket and shoot it. It’s always ready to go,” he said.

Check out more of Barber’s experience at Weiss’ rink below: