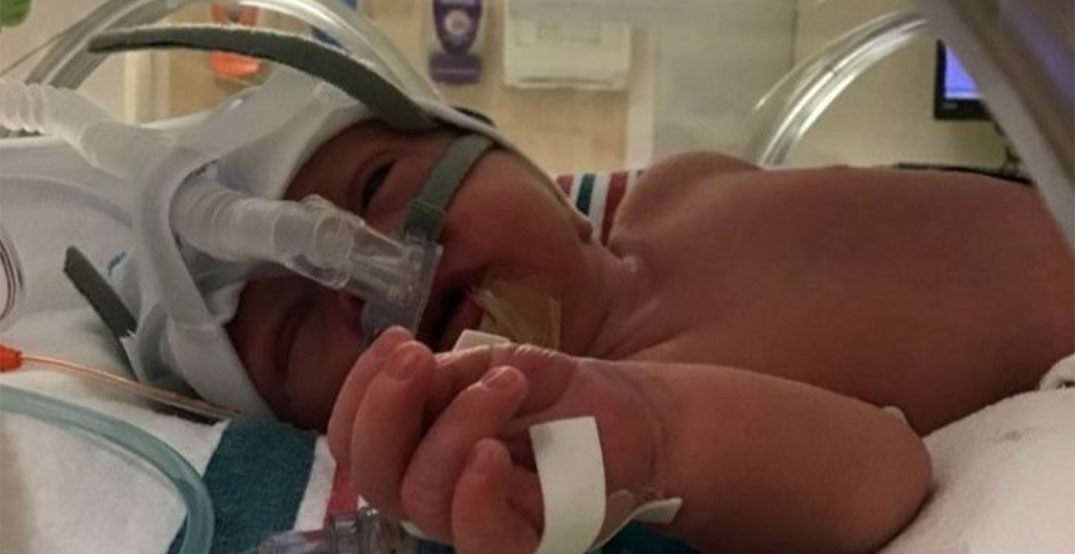 A BC woman whose COVID-19 infection has her unconscious on a ventilator delivered her baby via emergency C-section last week.

Gill McIntosh remains in the Abbotsford Regional Hospital’s intensive care unit and hasn’t met her infant son yet, according to a GoFundMe raising money for the family. He was born on November 10 when Gill was just shy of 36 weeks pregnant (a normal pregnancy is 39 to 40 weeks), and he’s staying in the neonatal ICU.

“This mom … doesn’t even know yet her beautiful baby boy is alive and doing well,” family friend and fundraiser organizer Corina Rochon wrote.

Gill was diagnosed with COVID-19 on November 6, and the family still doesn’t know how she caught it. She was admitted to the hospital because she had trouble breathing and needed to be put on a ventilator on November 10 — when doctors knew they needed to get her baby out.

The infant spent his first 36 hours of life without his mother or father because Dave McIntosh, Gill’s husband, had to self-isolate while he waited for his test results. Both the father and the baby have now been confirmed COVID-19 free.

Dave is solo-parenting the couple’s daughter as well as the newborn baby while Gill continues to fight for her life.

Rochon, the family friend, organized the fundraiser to help the family pay their bills while Gill is off work due to her illness, and Dave can’t work either because he’s caring for the family.

“Gill has a big fight ahead of her and then a long road of recovery; we are trying to prepare for her long term needs,” Rochon wrote.

So far, the fundraiser has gathered more than $62,000 — surpassing its $50,000 goal. Many donors wrote in saying the McIntosh’s story touched their hearts and wished Gill the best in her recovery.

Daily Hive has reached out to Dave via the fundraiser to ask for an interview.