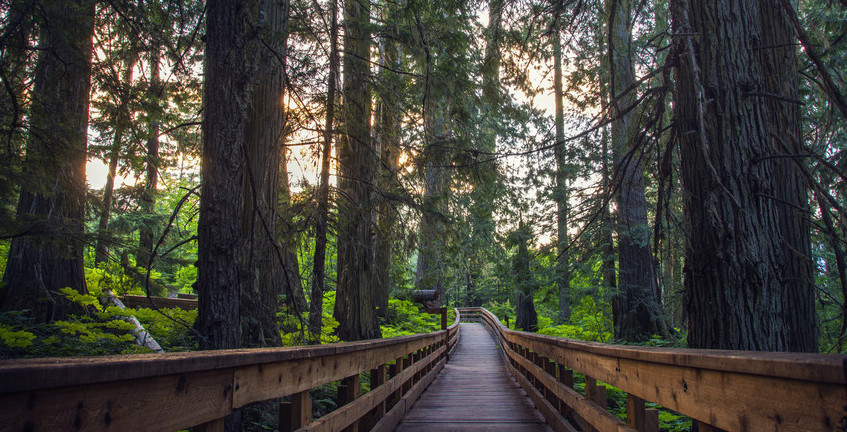 The provincial government will provide B.C. provincial park designation for a sizeable swath of cedar forest home to some of the world’s oldest trees.

Located about 120 kilometres east of Prince George, the Ancient Forest Park is believed to be the world’s only remaining inland temperate rainforest. It has a geographical area of 112 square kilometres, which is marginally smaller than the city of Vancouver’s area of 115 square kilometres.

Some of the trees found in the forest are over 1,000 years old, with trunks that have a circumference of 16 metres. By establishing the area as a Class A provincial park, the old-growth rainforest will be protected from logging and any industrial activity.

According to a press release, the government worked with the Lheidli T’enneh First Nation and the Caledonia Ramblers Hiking Society to establish the boundaries of the proposed provincial park. Over the years, for its part, the Hiking Society has built and maintained three kilometres of walking trails, which were used by an estimated 20,000 people in 2015.

“The proposed establishment of this park – home to some of the largest old-growth cedar trees in the province – reflects the uniqueness of B.C.’s world-renowned park system,” said B.C. Environment Minister Mary Polak in a statement. “This spectacular setting will now be preserved and protected for future generations to enjoy.”

Legislation will be introduced on Wednesday to turn the Ancient Forest into a provincial park.

This follows last month’s landmark deal to protect 85 per cent, about 31,000-square-kilometres, of the highly-sensitive Great Bear Rainforest.

Additionally, 37 per cent of the province is covered by some type of conservation designation.