A deal has been finalized to sell a former TELUS building at the northeast corner of Robson and Seymour streets in downtown Vancouver.

The nine-storey, 130,000-square-foot office building at 555 Robson Street has been sold to Avigilon, a Vancouver-based technology company that designs and builds high-definition video surveillance software and equipment.

TELUS no longer occupies the building as it has moved its headquarter offices to the TELUS Garden office building located on the opposite end of the city block. However, the telecommunications giant still owns and occupies the Seymour building, the facility that houses the company’s massive data centre and other offices.

“We’re pleased to announce the successful acquisition of our new global headquarters, which provides more than double the space we presently lease at a lower financing cost than our current rent,” said Alexander Fernandes, Avigilon’s Founder, President, Chief Executive Officer and Chairman of the Board, in a statement.

Kevin Nelson, the Senior Vice-President of CBRE, told Vancity Buzz the transaction his company arranged had a value of $42 million. The process to acquire the building began more than three years ago when construction was about to commence on TELUS Garden.

“Avigilon is one of our rare local head office global firms, and it has just committed to future growth in our City,” said Nelson. “This is hugely important for our local economy and our technology employment ecosystem.”

He notes that the eastward expansion of the Central Business District is a catalyst of the recent completions of the TELUS Garden office tower and the redevelopment of Pacific Centre’s 725 Granville Street property, which is the home of a Nordstrom flagship, Sony Pictures Imageworks’ global headquarters, and Microsoft’s main Canadian hub.

“It’s been a year of record absorption, and you can see it anecdotally with Sony and Microsoft both doubling their population in the city,” Nelson added.

Avigilon’s headquarters is currently located at 858 Beatty Street, a property that was also previously home to Microsoft’s presence in the city. It is not expected to occupy the Robson Street building until the third quarter of 2016.

The company’s products and services are used by a quarter of the top 50 companies in the Fortune Magazine’s Fortune 500 list. It employs 1,000 people around the world, with regional offices in Texas, the United Kingdom, Italy, and Dubai. 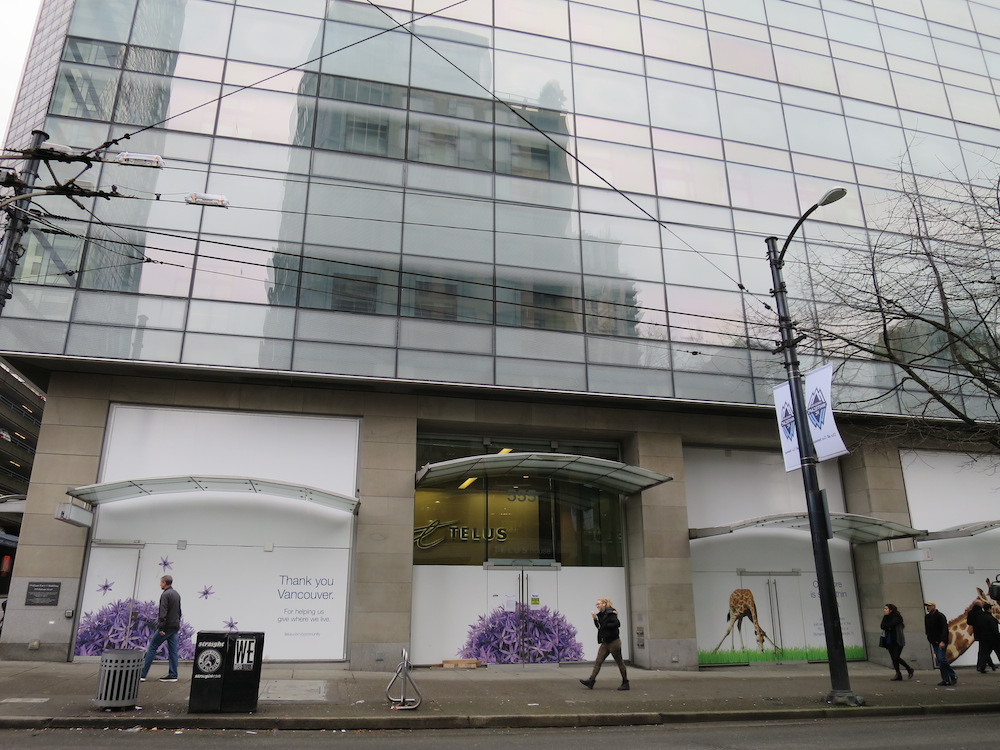 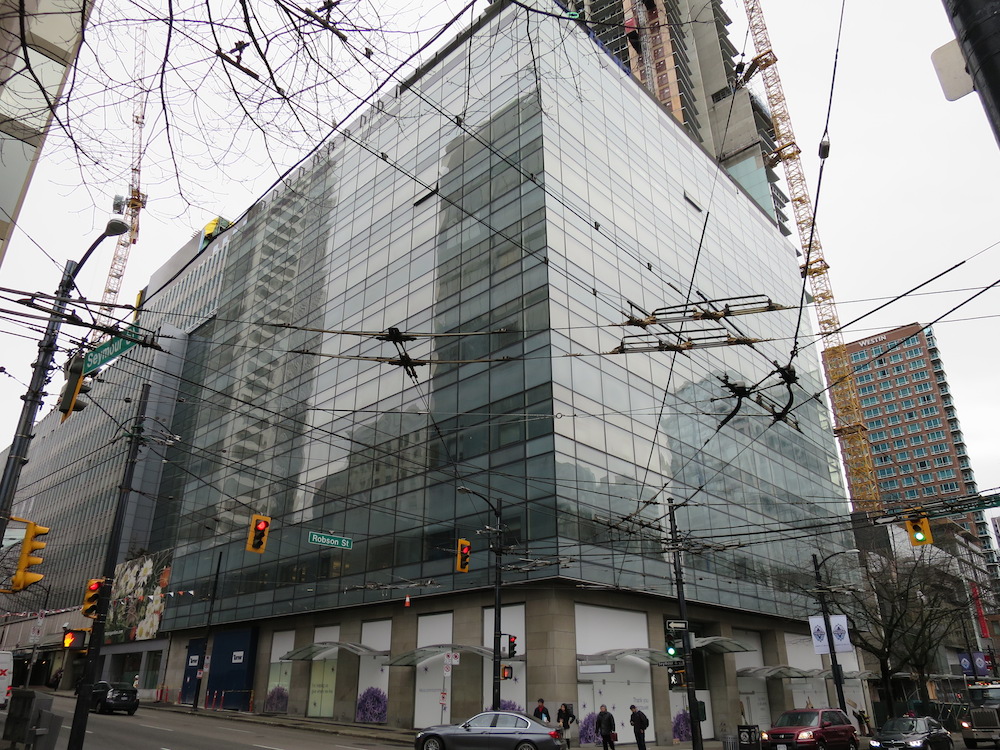