Although the Canadian rental market had a fairly stable month, eight of 25 cities experienced a hike in November compared to last month.

But it’s not all good news.

The top 10 markets had the largest year over year changes in the country, ranging between 10% to 16%, according to the latest report by PadMapper.

Similar to the past several months, Vancouver and Toronto dominate the top two positions as the most expensive rental markets in Canada.

As the most expensive rental city in the country, Vancouver’s median for a one bedroom surprisingly went down 1.9% this month, and now costs $2,080 to rent compared to October’s $2,120. A two bedroom in Vancouver, on the other hand, remained similar to last month and rents for $3,200. 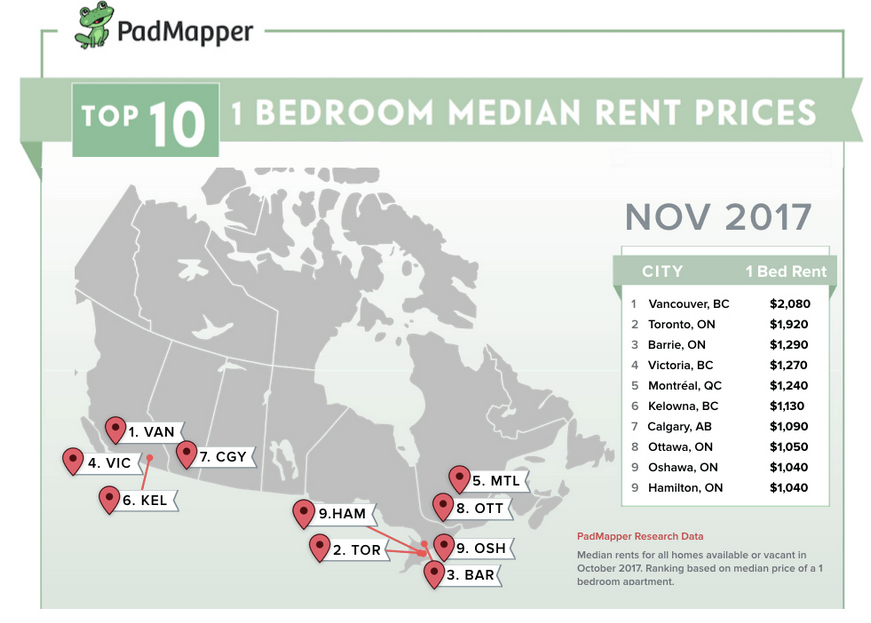 Meanwhile, last month’s fifth place city has jumped to fourth, with the largest monthly rental growth rate in the top 10 markets. Victoria, BC, saw one bedrooms climb 5% to $1,270, and two bedrooms had a smaller increase of 0.6% to $1,570.

Montreal now takes the fifth position. Rent in the Quebec city has one bedrooms settled at $1,130 and two bedrooms are at $1,590.

Calgary saw a slight increase overall, and bumped up one spot to 7th with its growing $1,090 a month cost for a one bedroom.

The cheapest city to rent on the list remains Windsor, Ontario, which has a price tag of $670 for a one-bedroom, and $900 for a two bedroom. And hey, it also has the largest distillery in North America, which is now offering public tours. So there’s that. 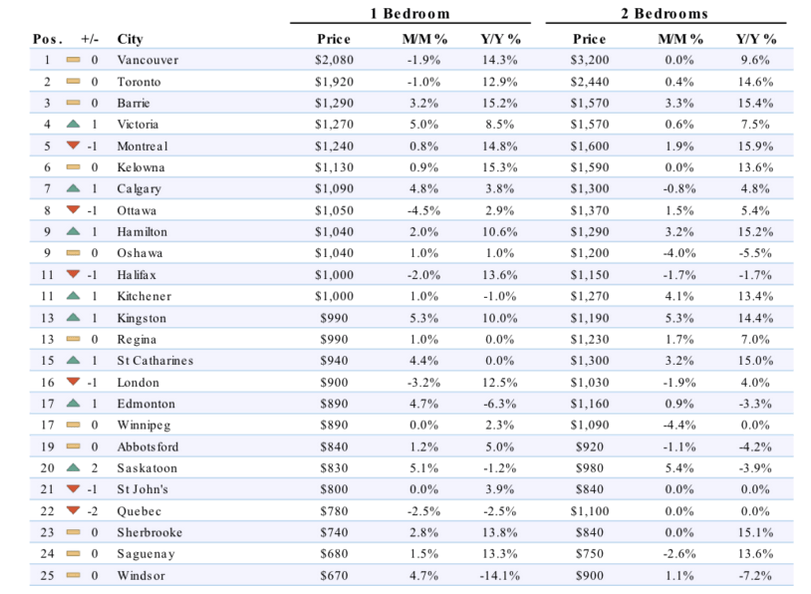