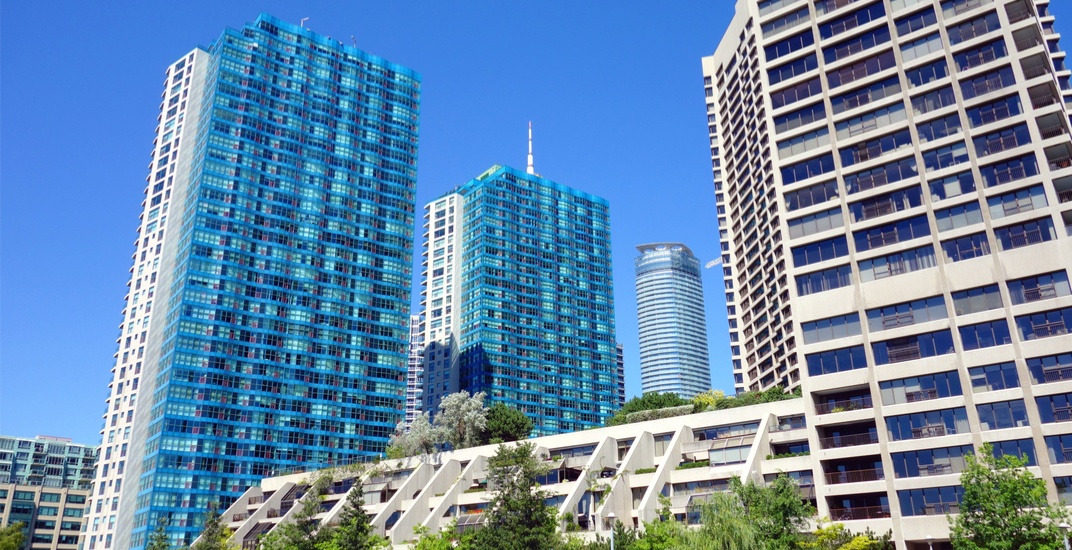 Toronto and Vancouver are known to have the hottest, and priciest, real estate properties in Canada.

But now, their expensive reputations have made their way onto the global market.

According to the UBS Global Real Estate Bubble Index, the two Canadian cities are most at risk of housing bubbles. In fact, Toronto claimed first place, and Vancouver came in at number four, with Munich and Stockholm in between respectively.

The Index defines the bubble risk as cities that have seen significant increase in housing prices over the last five years. In this year’s list, the cities within the bubble-risk zone have climbed by almost 50% since 2011, according to the UBS report.

“Price bubbles are a regularly recurring phenomenon in property markets,” states the Index. “The term ‘bubble’ refers to a substantial and sustained mispricing of an asset, the existence of which cannot be proved unless it bursts.” Typical signs of a real estate bubble include a decoupling of prices from local incomes and rents, and distortions of the real economy, such as excessive lending and construction activity.

In the top cities, the incomes and rents have climbed by less than 10%, and the UBS reported that buying an average apartment typically exceeds the financial means of even highly skilled workers. 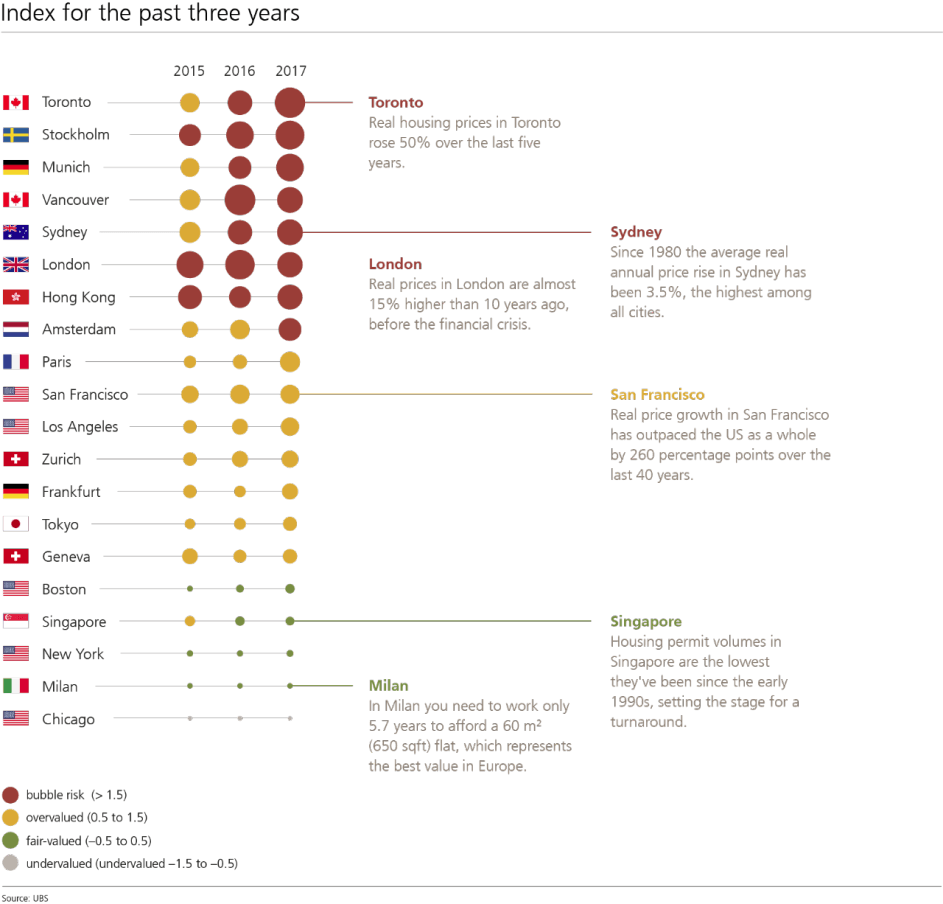 For Toronto and Vancouver, the report indicated that neither city was dragged down by the financial crisis or the weak Canadian dollar. And while Vancouver had the upper hand until 2008, Toronto has caught up in recent years.

“An overly loose monetary policy for too long, in addition to buoyant foreign demand, unmoored their housing markets from economic fundamentals, and both markets are now in bubble risk territory,” reads the Index.

Toronto’s price growth accelerated last year, reaching an excessive 20% year over year in the last quarter. The UBS reports that prices in the Ontario city have doubled in 13 years, while rent has increased by 5% and income by less than 10%.

Similarly, Vancouver saw a price growth that soared to 25% during that same period, although growth has slowed to 7% in 2017, falling below the country average. Income and rental growth were steady at 3% and 5% year over year respectively. But despite that, the report says that the market remains in the bubble-risk zone, harbouring substantial downside and elevated correction risk.

The UBS Global Real Estate Bubble Index looks at the fundamental valuation of housing markets, the valuation of cities in relation to their country and economic distortions (lending and building booms). To obtain its index score, the UBS weighs the average of five standardized city sub-indices including: price-to-income and price-to-rent (fundamental valuation), change in mortgage-to-GDP ratio and change in construction-to-GDP ratio (economic distortion) and relative price-city-to-country indicator.