Canada’s rental market saw slight changes over the past month — but one city’s rent reached an all-time high — according to the June rent report from PadMapper.

“Following a similar progression to the last report, about half of the cities on this list had a flat month and though there were more monthly upticks in rent in this report, the increases were fairly small,” said PadMapper.

“On a year over year basis, however, about a third of the cities experienced double-digit year over year growth rates, showing the demand still present in these markets.”

The top five priciest markets in Canada remained mostly unchanged from last month, except for Barrie, Ontario which climbed to fourth place for priciest rent, pushing Montreal to the fifth spot. 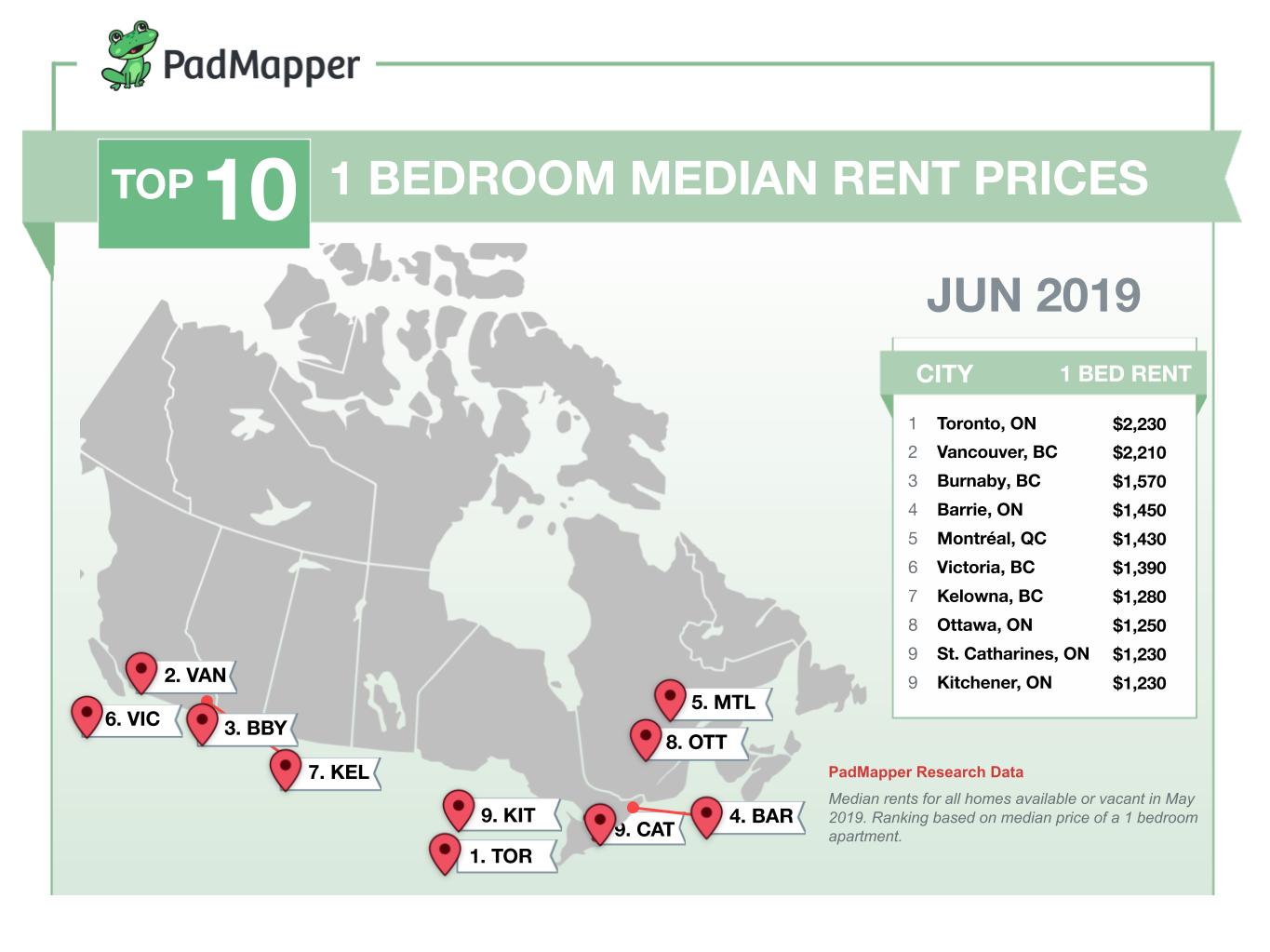 Once again, Toronto took the top spot for the most expensive rent in the country despite one bedroom rent dropping  0.9% to $2,230. Two bedrooms remained flat at $2,850.

Vancouver comes in second place and had the fastest growing rate last month as one bedroom jumped 3.8% to $2,210. Two bedrooms also saw a significant increased of 3.6% to $3,200.

PadMapper notes that one bedroom rent in the city has increased by 14.4% compared to the same time last year.

Both Vancouver and Windsor had the largest growth across all of Canada as one bedroom rents in both cities increased by 3.8%.

St. Johns’ and Quebec City both had the lowest rental rates last month with average one and two bedroom rates coming in at $810 and $890 for both cities, respectively. 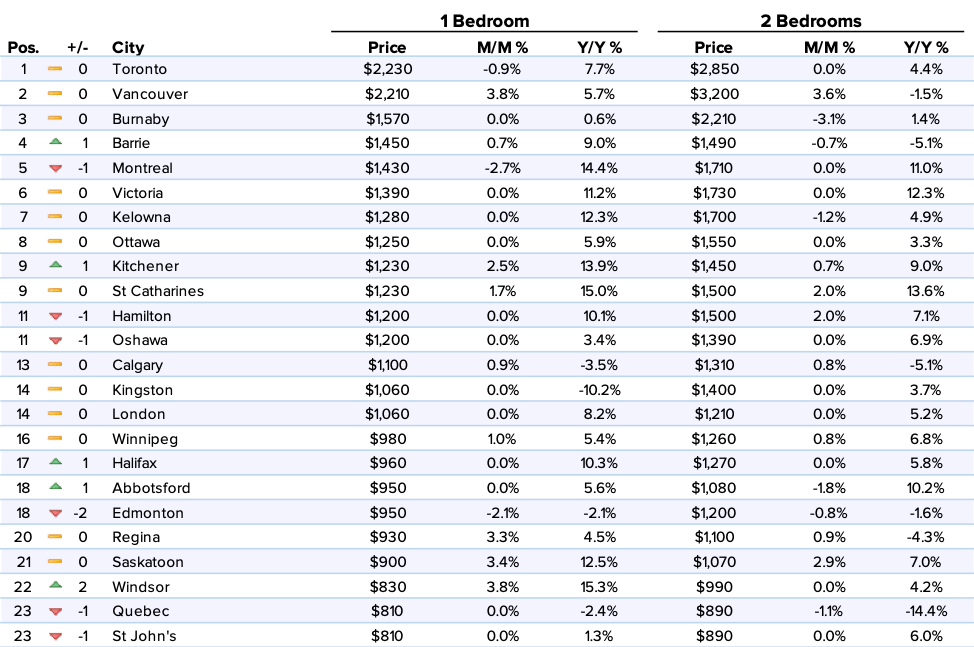