Do you know where your milk comes from?

“The majority of the conventional milk produced in B.C. is pooled, meaning dairy farmers sell their milk to the BC Milk Marketing Board which pools the milk across the province and in turn sells it to processors, such as Avalon Dairy,” Gay Hahn, Avalon Dairy‘s CEO, told Vancity Buzz.

Now Avalon is debuting what they are calling “traceable” milk–it’s milk that is backed with the dairy’s guarantee they know exactly what farm the milk came from. Think of it as “single origin” milk.

“Traceable milk comes from designated free run dairy farms that meet specific husbandry standards. It can therefore be traced back to the dairy where it was produced,” elaborates Hahn, whose career at Avalon can be traced back to its humble start answering phones for the company.

For Avalon, an example of that kind of dairy is Abbotsford’s EcoDairy; they are a “partner farm” that produces traceable milk that’s processed at Avalon.

Hahn breaks down how the milk is able to remain traceable:

“Logistically, EcoDairy milk is picked up from the farm every second day and transported to Avalon Dairy where it is stored in a holding tank until it is processed. Certain procedures are in place to ensure equipment is cleaned before and after processing traceable milk.”

To test Hahn’s assertion, we did a side-by-side tasting of Avalon Dairy’s Traceable Milk and a grocery store brand. There was no visual difference, and no significant taste difference, though on a completely clean palate the Avalon milk seemed to have just a slightly brighter, creamier taste. 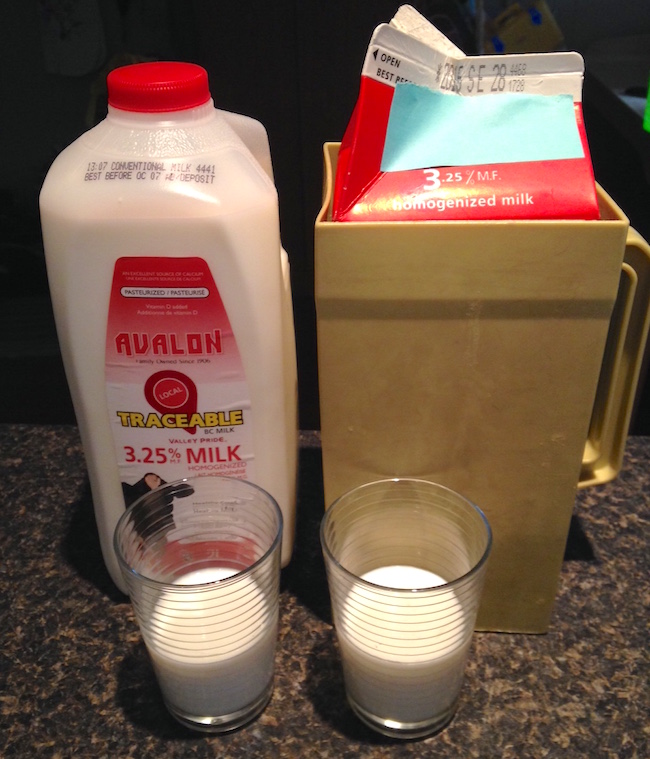 The key difference, says Hahn, is a matter of knowledge: “Traceable milk provides a greater level of transparency.” In fact, EcoDairy is happily transparent–or at least offers consumers a chance to get to know their cows by welcoming guests to take tours of their dairy barn.