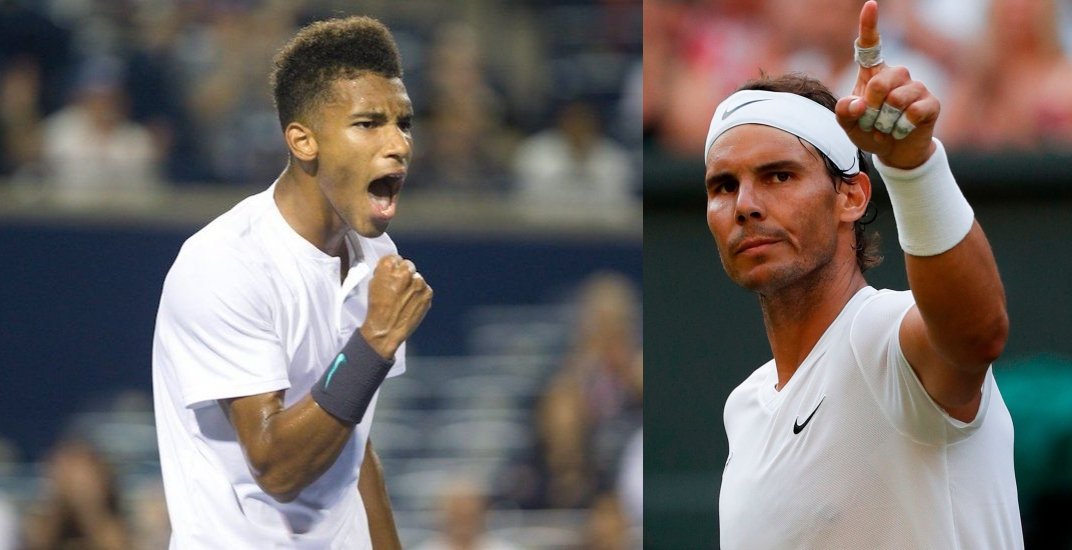 There’s something about Felix Auger-Aliassime.

There’s something about the 18-year-old Canadian that impresses both current and future rivals.

They want to see him succeed and more importantly, they respect him and the way he does things.

Tennis legend Rafael Nadal said as much when asked if he thinks the young up-and-comer can be one of the next tennis greats prior to the start of the Rogers Cup in Montreal on Sunday.

Over the years, the 18-time Grand Slam champion has reserved that sort of praise only for those who respect the game as he does – those who carry themselves with dignity and show respect for their opponents and others.

“He is passionate about the sport,” continued the Spaniard.

“Honestly, he is one of the players I would like to see in the top positions and winning because I really believe he deserves it and he will do it.”

While the Montreal native made his Rogers Cup debut last year in Toronto, he will play in his hometown edition of the tournament for the first time this week, starting his singles run against fellow Canadian Vasek Pospisil. 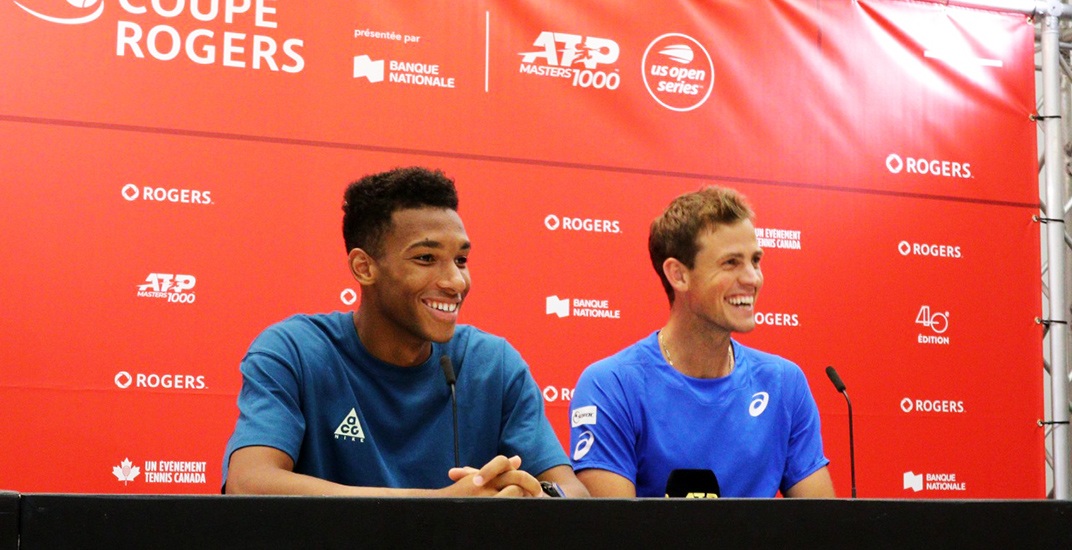 With the tournament taking place in Auger-Aliassime’s home city, expectations are sky high for the 21st-ranked player in the world.

Auger-Aliassime is having an impressive first full year on the ATP tour: the young Canadian has reached three ATP finals in Rio de Janeiro, Lyon, and Stuttgart – and his fans would love to see him break through in Montreal.

World No. 6 Kei Nishikori, now 29, has been the face of tennis in his home country of Japan since the start of his career and he knows the pressure that puts on your shoulders.

“First couple years honestly I didn’t like playing in Japan because there was too much pressure,” said Nishikori of playing in Tokyo.

“There was so much pressure that I couldn’t move how I wanted to. Maybe the first three or four years I couldn’t play good tennis.”

Nishikori first played in the Japan Open in 2007, but he didn’t win the tournament until 2012.

Having won at home twice since those rough early years, Nishikori said he learned from those experiences and he now enjoys playing in Japan.

As Nadal did, Nishikori heaped tons of praise on Canada’s rising star.

“I think he’s very mature already and he’s very professional even though he’s 18,” said the former world No. 4.

“I’m sure he has many bright futures. He has everything: great serves, he’s tall, he has good power, big forehand. It’s going to be very interesting from outside how he’s going to do.”

Another player who knows the pressure of winning at home is Dominic Thiem, who is coming to Montreal fresh off winning his own country’s tournament in Kitzbuhel, Austria last week.

Thiem has the following advice for Felix and the other Canadians playing in Montreal.

“We all play across the Earth, but never that many tournaments on home soil,” says Thiem.

“Most important is to enjoy every single match, to really use the support the crowd gives you.”

Auger-Aliassime has his own thoughts on playing at home for the first time: “For sure it’s a special feeling,” he said. “There’s nerves, for sure. I think it’s all positive and very exciting.”

“Hopefully I can put, the pressure, the bad nerves away, and just enjoy my game.”

Shapovalov through to the second round

While Auger-Aliassime has to wait until Tuesday for his first singles match, his good friend Denis Shapovalov got his first-round match out of the way on Monday.

The 20-year-old beat Pierre Hughes Herbert 6-3, 7-5, and despite the straight-sets scoreline, the match was riveting from the moment it began. Shapovalov broke Herbert’s serve early, and faced three break chances from Herbert in the remainder of the set.

Each key point brought back memories of his run to the semi-final in Montreal in 2017.

After the match Shapovalov spoke about the electric crowd and how they helped him.

“I feel like they’re playing every point with me,” said Shapovalov.

“Like I’ve always said, I feel that brings the best out of me. I’m able to play more freely and just enjoy myself. I had that fire back today that I’ve been missing, especially the last couple weeks. Maybe it’s been longer than that.”

“Obviously leading up to the tournament, you see all these videos playing back, playing back of me in 2017. I got to watch a lot of myself. It really inspired me to kind of go out there today and just enjoy myself, just like two years ago. Have fun out there, fight for every point.”

Shapovalov will need that fire burning as he faces the tournament’s second seed, Dominic Thiem, on Wednesday.

“He’s definitely going to be very confident right now,” said Shapovalov of Thiem. “At the same time I think it’s going to be tough.”

“He’s going to be a little bit jetlagged. He’s switching surfaces. That’s never easy. I’m going to try to use all those things to my advantage as much as possible.”

“Honestly, I’m just going to try to go out there, enjoy myself, put up the best fight I can. I think I do have a chance to win this match. I really believe it.”