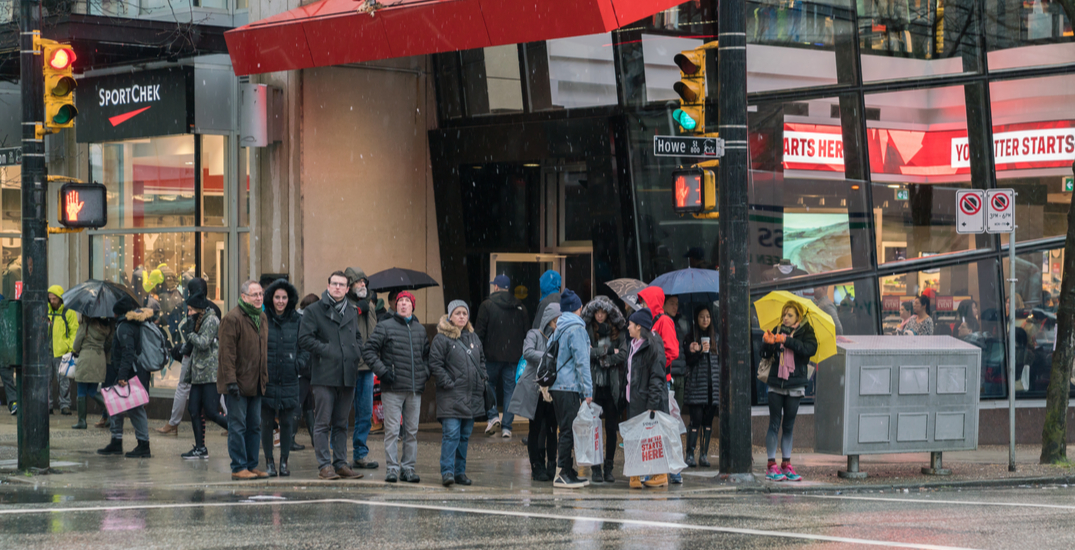 People in downtown Vancouver waiting at a crosswalk (LeonWang/Shutterstock).

Heavy rain is expected to start in Metro Vancouver and the Fraser Valley on Wednesday night.

A special weather statement was issued on Wednesday morning by Environment Canada and is in effect for the following areas:

A rainfall warning is also in effect for the following areas of the Fraser Valley:

The heavy precipitation is the result of a moisture-laden system with “an atmospheric river pattern.”

The most intense periods of rain are expected on Wednesday overnight and throughout Thursday afternoon. In Metro Vancouver, close to 50 mm will fall. Anywhere between 50 to 70 mm is forecast in the Fraser Valley.

Environment Canada warns that heavy rain can lead to localized flooding or water pooling on roads. The rain should ease by Thursday evening as the weather system moves into BC’s interior.