The same argument has been heard around at sports bars in all parts of the world. Who is the best athlete of all time regardless of the sport? Today’s very young generation will say Lebron James, while old historians will say Muhammad Ali (Michael Jordan is, by the way). Luckily, you’re not going to be reading about that here.

A lot of boys dream of being the world’s next famous athlete growing up. Once they get to age 16, they realize that being a soccer star in your local house league will not equate to professional athletic success and their focus changes. All of a sudden they will realize the lifestyle professional athletes live is what they really want. These people to get to play a game they love, get paid extremely well, drive whatever car they please and can date almost any woman they choose.

So who takes advantage of all the perks that come with being a professional athlete? Though it has long been an assumption that these guys go from city to city picking up women at the bar, while some keep a “girlfriend” in each of the places they visit for company during their usually short visits. Then there are those who get wasted at the club and take home the first woman who begins to drool over him (ex: Patrick Kane at The Roxy). We are not concerned with those types, just the ones who are considered to be a superstar in their respective sport, and have been known to  frequent high profile ladies along the way. Without further adieu, here are the top five.

Shortstop for the New York Yankees 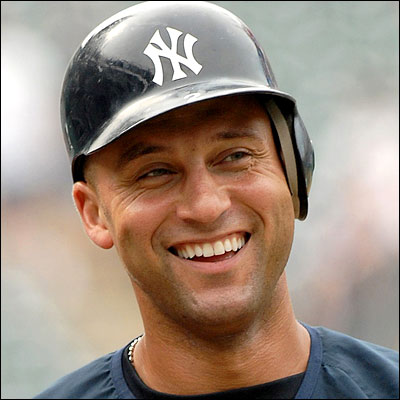 You can see why Derek Jeter is all smiles

Seriously, those are just SOME of the women the long time Yankees Captain has been linked to in the past. When an athlete compiles a list of females that they have dated resembling most guys’ top 10 list, they’re clearly doing something right. Oh yeah, to top it all off, the morning after a one night stand, Jeter would arrange for a driver to drop the lady off, as well as give her a gift bag for her efforts. One of the gifts inside the bag? A signed Derek Jeter baseball. If you are able to pull that off, you have clearly done well for yourself with the opposite sex.

Pop-Culture comparison: Jay-Z. Anytime you can sustain success this long, you are easily given legend status.

Quarterback for the New England Patriots 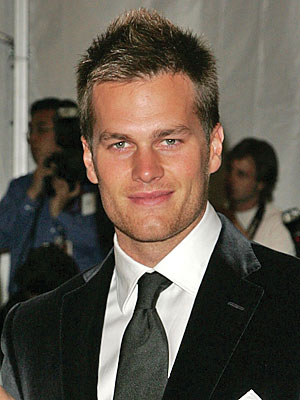 Pop-Culture comparison: Prince William. The three time Super Bowl champion and MVP is called “The Golden Boy” by many sports media members in North America, countering the prince across the Atlantic. Both guys did their thing quietly as they grew up.  Though I am sure they dated many women, it was not until they became serious with a girl that their personal life became the center of attention. Brady is the anti-Jeter.  He plays for a team in Boston, Jeter for a team in New York.  Brady got one of the most gorgeous women in the world and decided to make her his wife, Jeter got a taste of one gorgeous lady and like an old greedy medieval King, he wanted more.

Dating resume: Marina Rodrigues, Tyese Cunningham, Bipasha Basu, Paris Hilton, Kim Kardashian. Ronaldo has been somewhat of a Jekyl/Hyde around the world. Some people can’t stand him, while others adore the Portuguese star. No matter how you feel about him, you cannot hate on him for what he has done in the dating world. If you do not know who the first three women are, do what you do for every other question that enters your mind in 2013, Google it. For a guy who has been based out of European countries the past few years (England, Spain) due to his career, he has still managed to allure some of the most beautiful women from North America.

Pop-Culture comparison: Ben Affleck. Why? Because their career arc in terms of likability have been eerily similar. Affleck was young, cocky and on the rise when he began his career just like Ronaldo. At some point, perhaps when he came out with Gigli, or when he was seen kissing Jennifer Lopez’s butt in her music video, people soured on Affleck. This happened with Ronaldo in 2008 after the European Championships. Fans saw his him diving, and whining to the refs, and became a guy whose arrogance just rubbed people the wrong way. As Affleck went post Bennifer and came out with movies like Argo and The Town, the perception of him changed. Instead of judging him by what people perceived of him, they started to respect his talents and body of work. Ronaldo will have a chance to do that next year as the World Cup takes place in Brazil. If he can carry Portugal to the final and play the way he is capable of, all Ronaldo will be missing is a likable, girl-next-doorish woman like Jennifer Garner.

The NBA's "iron man" in more ways than one

(Just kidding.  If you don’t get it, click the link and you will).  Proud to be the NBA’s Iron man. 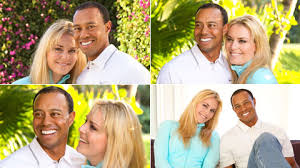 Tiger’s well-documented history came out in the open in late 2009. His wife at the time had caught on to Tiger and his sex romps and it all came to a boil on one Thanksgiving night.  After smashing his truck into a tree, women began coming out and telling the world about Tiger and his wild ways. From bartenders to pornstars, it seemed like Tiger was destined to come up with a country club version of Tupac’s classic I get around. It also didn’t help that Uchitel released a message he left on her voicemail that started with, “hey, it’s Tiger”, come on, man. How many men named Tiger are there in the world?  Once the message came out, Elin left him, got a $110 million settlement and as they say, the rest is history.

Pop-Culture comparison:  Mickey Rourke. Why? Much like Rourke, Tiger burst on the scene early in his career with starring performances. Woods was at the time, and still is, the most hyped collegiate golfer ever. When he finally left Stanford and turned pro, he took over the golf world and was an icon until his personal life and questionable decisions caught up with him. He is now getting his golf game back on track and recently won three tour events. The thing is, much like Rourke in his comeback performance in Sin City, he will never be able to recover from the creepy uncle vibe that follows him. To illustrate, look at one of the pictures he released when news broke that he was dating US Ski team member Lindsey Vonn.  (You can see the rest online). Sorry, Tiger. Once you’ve had numerous women come out and talk about how big of a freak you are in bed, while being married, it is kind of hard to see you as this guy.

Who do you think is the biggest playboy in sports?