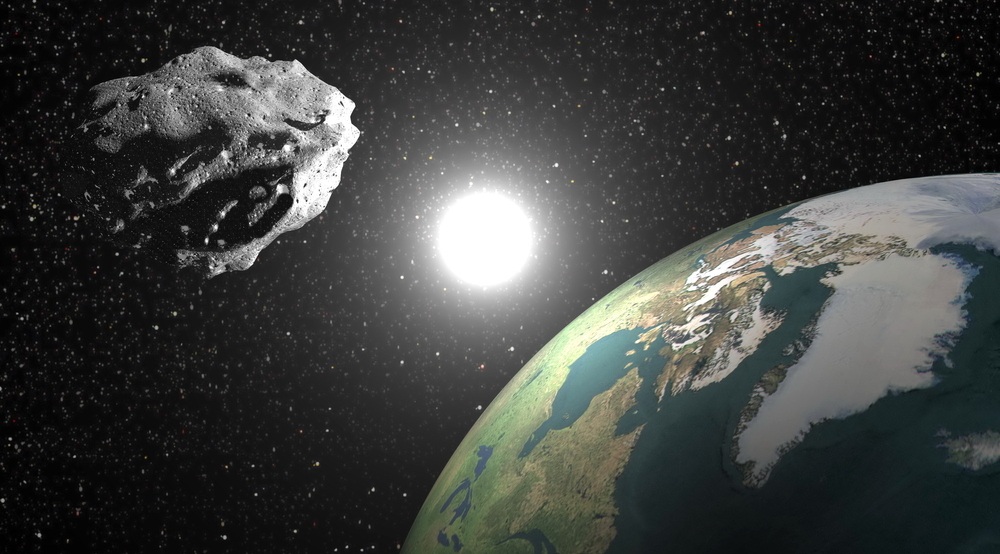 Asteroid 2014 JO25, a relatively large near-Earth asteroid, was discovered nearly three years ago by astronomers at the Catalina Sky Survey near Tucson, Arizona.

NASA says the asteroid will approach Earth from the direction of the sun and will become visible in the night sky after April 19.

If you’re thinking this is going to be like the movies where the night sky lights up, you’re in for some disappointment. But the asteroid is predicted to brighten to about magnitude 11, meaning it could be visible in small optical telescopes for one or two nights before it fades as the distance from Earth rapidly increases. Bonus because now you don’t need to shell out millions of dollars to see the thing.

The computer-generated animation below depicts the flyby of asteroid 2014 JO25. The asteroid will pass Earth at a distance of about 1.1 million miles, aka 1.8 million kilometers, or about 4.6 times the distance between Earth and the moon.

Scientists at NASA’s Goldstone Radio Observatory are excited for Asteroid 2014 JO25’s fly by because this is the closest an asteroid has ever come to Earth in the past 400 years, and they say it’s the closest it will come to us until at least the year 2500.

Fortunately for humankind, Bruce Willis and Ben Affleck don’t need to save us this time.