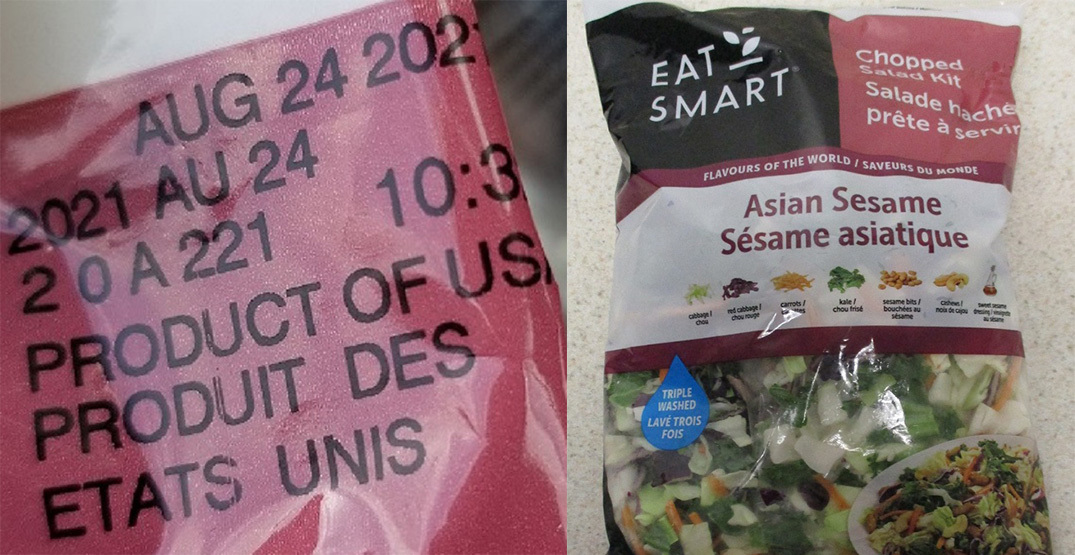 A pre-packaged salad kit sold in many Canadian grocery stores has been recalled by the manufacturer because it could be contaminated with harmful bacteria.

Anyone who recently purchased an Eat Smart brand Asian Sesame Chopped Salad Kit should return it to the store or throw it out because it could contain Listeria.

The bacteria can cause Listeriosis. Symptoms of infection include fever and diarrhea. Health Canada warns that getting sick with Listeriosis during pregnancy can lead to miscarriage.

The federal agency issued the recall notice on Tuesday and said no illnesses caused by the product have been reported to date.

The kits are commonly sold in Ontario and stocked by some grocers nationally.