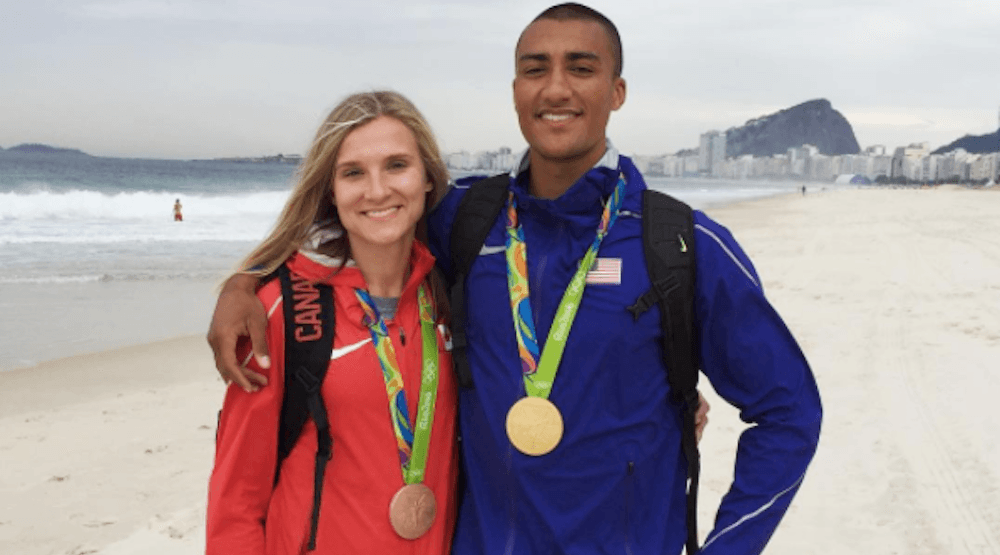 The most athletic couple in the world is retiring from competitive track and field, as Brianne Theisen-Eaton and her husband Ashton Eaton called it a career on Wednesday.

My passions & interests have changed. Track has given me so much, but it's time to retire. Thank you for the journey https://t.co/QRMHLBiKc8

I give everything to the decathlon. I did all I could. Thank u for making it the best time of my life. I'm retiring. https://t.co/x6kPMp9Jxz

The power couple became darlings of the 2016 Olympics in Rio de Janeiro last August, when they each won medals in the sister sports of heptathlon and decathlon, which commonly crown the title of best athlete in the world for their respective genders. Just days before Ashton won gold for the United States in decathlon, he watched his wife Brianne win a bronze for Canada in heptathlon.

“The past 8 years have been truly awesome,” the pair announced on Instagram. “Getting to do something that we love everyday and going after our dreams has given us so much fulfillment in our lives. But now we’re ready to move on to the next thing, the next passion and the next chapter of our lives. We’re retiring from track and field. Thank you for sharing the journey with us!”

With having already accomplished so much, and the next Olympic Games nearly four years away, it made sense for the pair of 28-year-olds to call it quits.

The news hit particularly close to home for Canadian Olympic bronze medal winning decathlete Damian Warner, who is not only a friend to both, but a teammate of Brianne and a competitor of Ashton.

“This is a tough day for me as a competitor, friend, and a fan of Brianne and Ashton,” Warner wrote on his personal Instagram account. “Here are two people who have done so much for the sport of track and field, multi eventers, and me personally. You both have been huge inspirations to me for a long time now. I’ve had the opportunity to learn from you both first hand and from afar, and I can’t thank you enough. I wouldn’t be the athlete I am today without your influence. It was an honour to learn and compete alongside you two, and though I’m sad to see you go, I wish you nothing but the best in the future.”

That reaction was not uncommon today in the track and field community, as Brianne and Ashton have clearly meant so much to their respective sports.