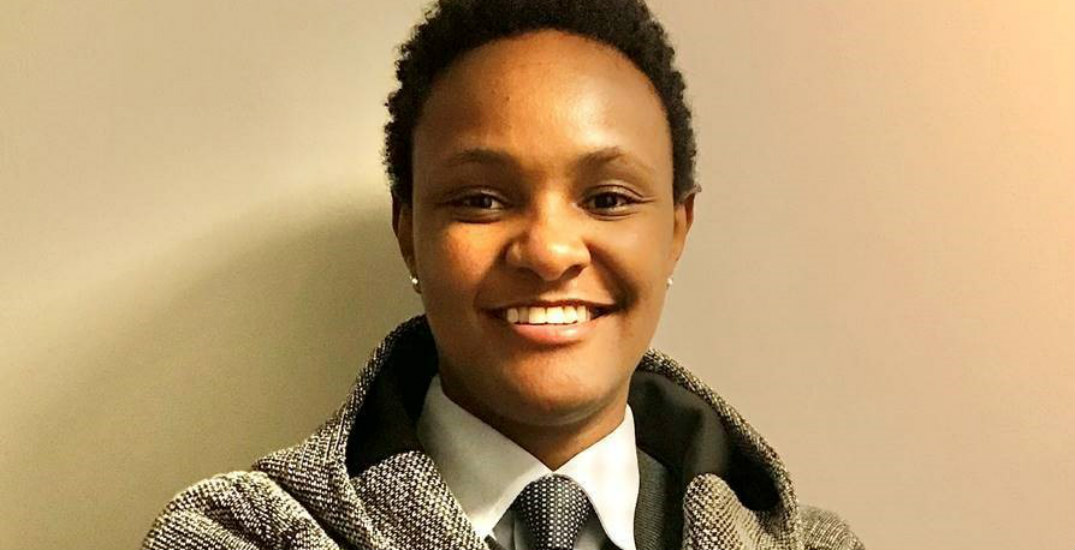 There are many reasons why people move away from home to build a new one elsewhere — education, employment, safety, adventure.

For Ashley Wamarite, there was a deeply personal reason behind her journey to Canada.

“My grandma was my friend. I trusted her to allow me to see the world through her eyes,” Wamarite says. Her grandmother emigrated to BC on her own from Kenya in 2008. “She raved about the seasons, the beauty of BC, and the opportunities available for young people and anyone willing to put in the work. Everything she did was enheartening.”

In 2016, on a flight back to Vancouver after visiting Nairobi, Wamarite’s grandmother passed away suddenly, “not due to any medical complications but because she had shuffled off this mortal coil.” Amidst feelings of grief by her loss, Wamarite was also inspired to follow in her grandmother’s footsteps — a way to honour her and pay tribute to where she spent her final years. After much contemplation, Wamarite began planning her move to BC that same year.

“I wanted to make her proud,” she said. “I continued to remind myself that this is what she wanted. And after all the sacrifices, time, and effort, and sometimes feeling empty, I’m happy that I’m here.”

Hearing Wamarite tell her story — the challenges she faced as a young person struggling with her sexual identity, finding the courage to come out, and uprooting her life to build a life in BC — you begin to understand her powerful sense of wisdom, confidence, and strength. The TD financial advisor is unapologetic about who she is and what she brings to the table.

“There’s a statement that I like to introduce myself with that speaks to my essence without diminishing all the other things that are or make me who I am, and it’s that I’m Black; my accent is beautifully influenced by my Kenyan roots; I’m queer, and I’m absolutely proud of all of those things.” 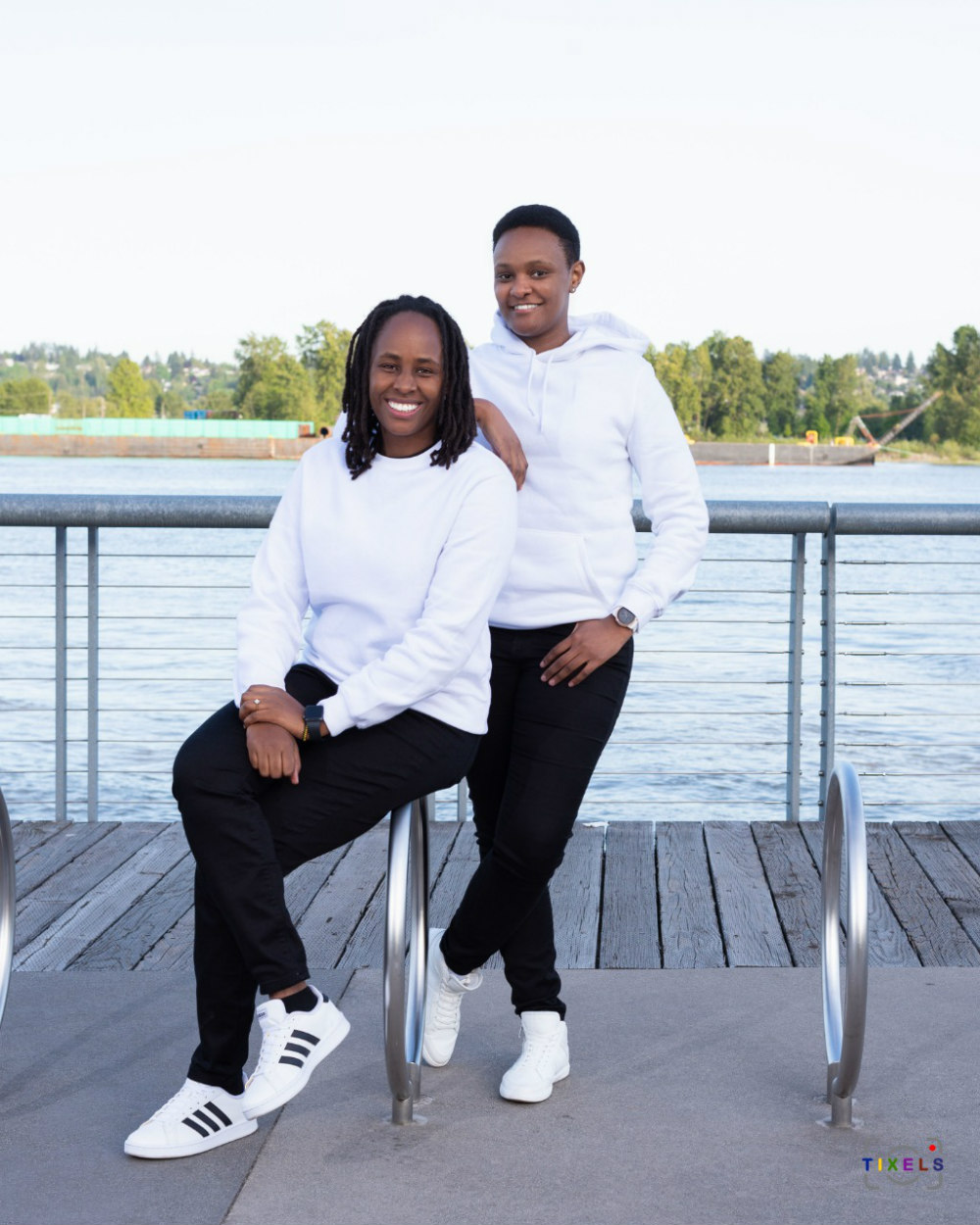 Wamarite has fond memories of growing up in Nairobi surrounded by lots of family and friends. “I was loved and encircled by different social circles that moulded me into the person I am today.”

Being closeted in high school was difficult. Wamarite was suspended four times for what her school called “antisocial behaviour” because they suspected her of being a lesbian. “I was suspended without any evidence of lesbianism, which made me very uncomfortable to even exist as a lesbian in Kenya and as a teenager who was still trying to discover herself.”

To make it through school, Wamarite says she had no choice but to keep most of her feelings well hidden. As a result, her mental health suffered and, at times, she turned toward self-harm. Today, it is still not legal to be a lesbian in Kenya. Wamarite notes that many groups and companies are “working ceaselessly to ensure those rights are being upheld and people are being protected.”

Later, as an adult, Wamarite understood the need to protect herself and only came out to close friends, then to her sister, who was supportive, and finally her mother.

“That day, I was born again. I felt vindicated, and I felt free,” she says of the day she came out to her mom. “It took some time for her to accept it. But together, we’re beyond reproach, and our relationship has been stronger for it. She loves my fiancée.” 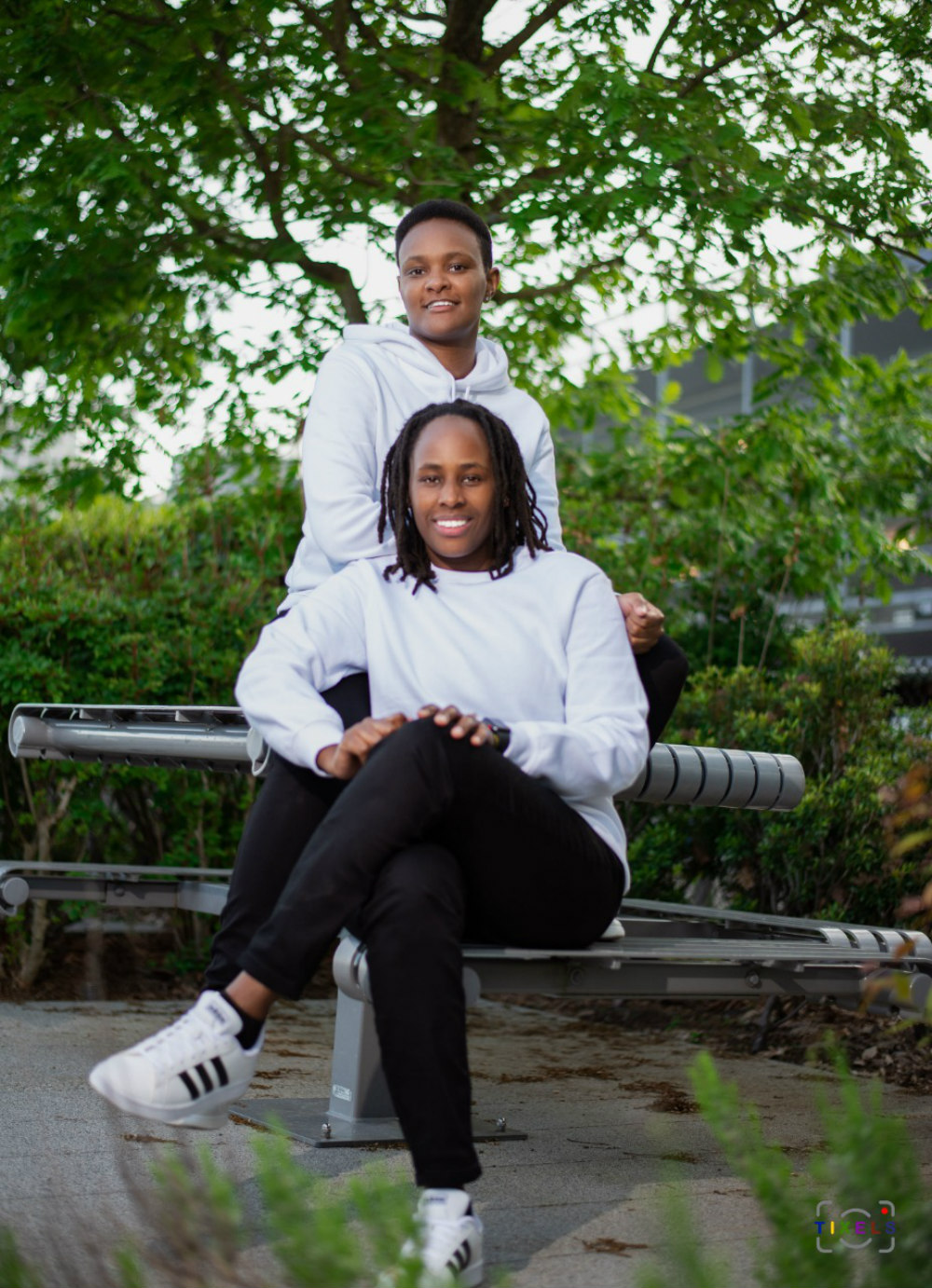 First settling in Nanaimo, Wamarite went on to complete a dual-degree program attaining her MBA and Master of Science in International Management. She also found a job at TD and started building a network. However, these achievements — while easy to say — were only made after a draining experience, especially in the search for employment.

“I had to play by the rules of a system that is known to keep people who look like me at a disadvantage as a Black person and as an immigrant. I applied to over 100 jobs before I found work.”

After about two years with TD in various roles in Nanaimo, she relocated to a branch in downtown Vancouver to be closer to her fiancée, and it was there that a conversation with a senior leader at TD paved the way for a start to change.

In early 2020, Wamarite joined with other Black colleagues and allies at TD in BC to form the first Black Employee Network Committee in the Pacific Region — an internal committee to help improve the Black experience for TD colleagues, customers, and communities in BC through engagement, programs to improve financial confidence, and sponsorships.

“The first Pacific Region-led Black History Month event was celebrated internally for the first time in BC this year as a result of that conversation. And we’re seeing more people being hired who are queer, Black, and diverse people of colour. As a result, I have been seeing more Black customers walking through our doors.”

Following the death of George Floyd, Wamarite says people really started to ask about her lived experience as a Black person. “We started having the conversations that we needed to have with some of our colleagues who did not have the same lived experience.”

“Some people had never engaged in a meaningful way with a Black person before. They made assumptions based on what they had seen on the internet or [in] movies. I’m seeing people becoming more open to understanding the differences between a Black person from Africa and a Black person from the Caribbean, or a Black person who has never been to any other country than Canada, the UK, or the US, and how different we all are.”

Wamarite mentions that she’s constantly reminded that we have to enlace ourselves in the choices that allow us to give as much as we receive. “In the last year, I’ve had a chance to witness change in TD. I’ve felt a tidal wave for me that has lifted a huge weight off my shoulders.”

Recognizing the urgency to address anti-Black racism and its impacts, last year, TD announced commitments to increase Black representation in leadership positions and extend the support and services the bank offers to Black, Indigenous, and other minority communities.

But Wamarite understands she has a role to play both within and outside TD to ensure diversity continues to be embraced so that Black people can feel a great sense of safety and belonging.

For anyone considering applying to TD, Wamarite says “welcome” because “TD has created a safe space in which to discuss and engage in all kinds of topics including uncomfortable ones and is always looking to grow and improve. There are a lot of teams at TD that are working round the clock to help maintain an atmosphere that allows people like me to feel wanted and deserving, by having real conversations with real people about real change.”

As our conversation draws to a close, Wamarite notes, “Humanity and society will always be changing. We just have to allow ourselves to do that and believe that tomorrow’s going to be better. In the words of Martin Luther King Jr., ‘We must accept finite disappointment, but never lose infinite hope.’”

If you or anyone you know is experiencing thoughts of self-harm, you can seek assistance from the following resources: