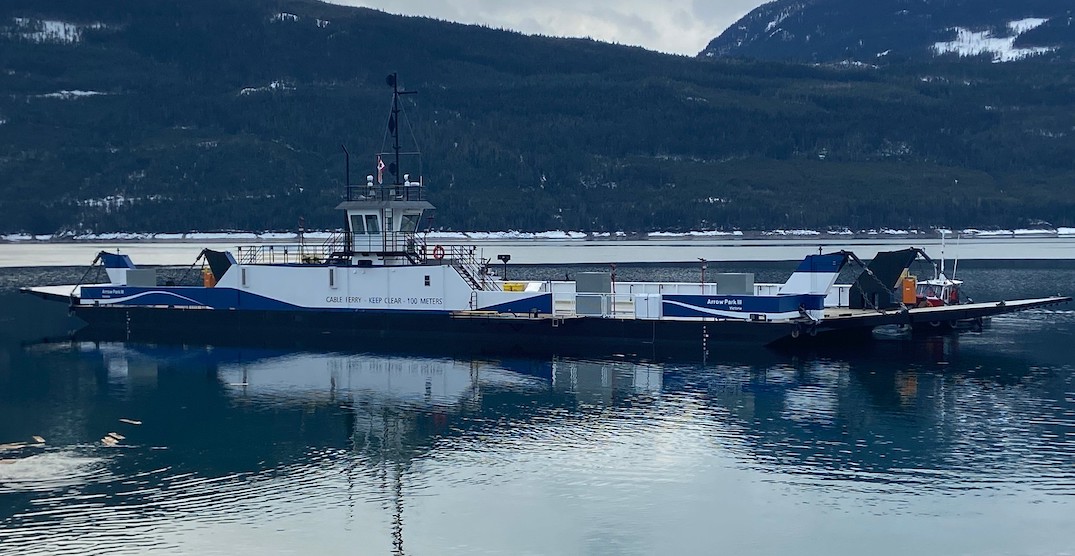 New cable ferry at Arrow Park III. (Government of BC)

An inland ferry route in the BC interior is set to operate with a new cable ferry vessel.

The provincial government announced today the Arrow Park III will enter service sometime this week. It will operate across the junction of Upper and Lower Arrow Lakes at Arrow Park, about 22 km south of Nakusp on Highway 6 in southeastern BC.

The vessel has completed its final testing and is part of a $27.9 million contract with Waterbridge Steel of Nakusp to design and build four new cable ferries for inland routes. These vessels are used on services operated by the BC Ministry of Transportation and Infrastructure, not BC Ferries.

The new vessel is larger than the previous model it replaced, carrying up to 24 cars and with increased capacity to handle commercial vehicles at full highway loads. It will be the first electrified vessel to reach full completion in 2021.

Cable ferries coupled with electrification can reduce the total operating and maintenance costs of a service over the lifespan of the vessel. No propellers are used to navigate the vessel as it utilizes cables — one drive cable and two guiding cables — that pulls the ferry in and out of the terminals.

Such vessels are already in use on BC Ferries; in 2017, the coastal ferry corporation introduced its first cable ferry on the route between the Gulf Islands’ Denman Island and Buckley Bay on Vancouver Island.

Last year, the provincial government announced a $55 million investment to provide the Kootenay Lake ferry service with a new larger electric-ready vessel with a capacity to handle up to 60 vehicles, as well as terminal facility improvements.

When in service in 2022, it will replace the existing MV Balfour, and be used in tandem with the larger MV Osprey 2000 to significantly lower wait times during the peak travel seasons.

The use of a new electric-ready vessel aligns with the provincial government’s CleanBC plan of electrifying the inland ferry fleet by 2040. This new vessel will replace the existing MV Balfour beginning in 2022.

The ministry has reminded the public that all travel at this time during the COVID-19 pandemic should be essential trips only. 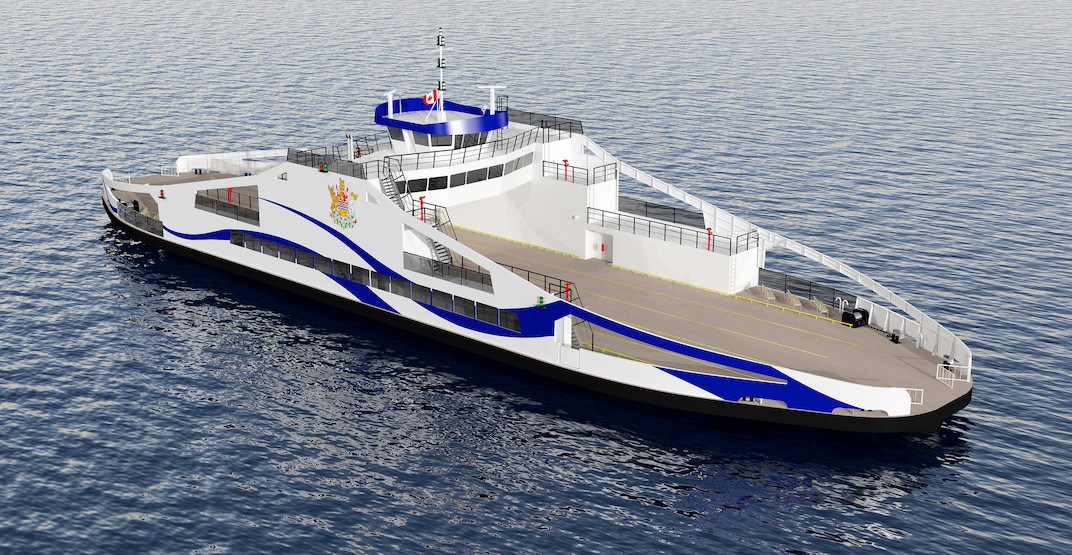 Artistic rendering of the new electric-ready vessel on the Kootenay Lake ferry route in BC. (Government of BC)