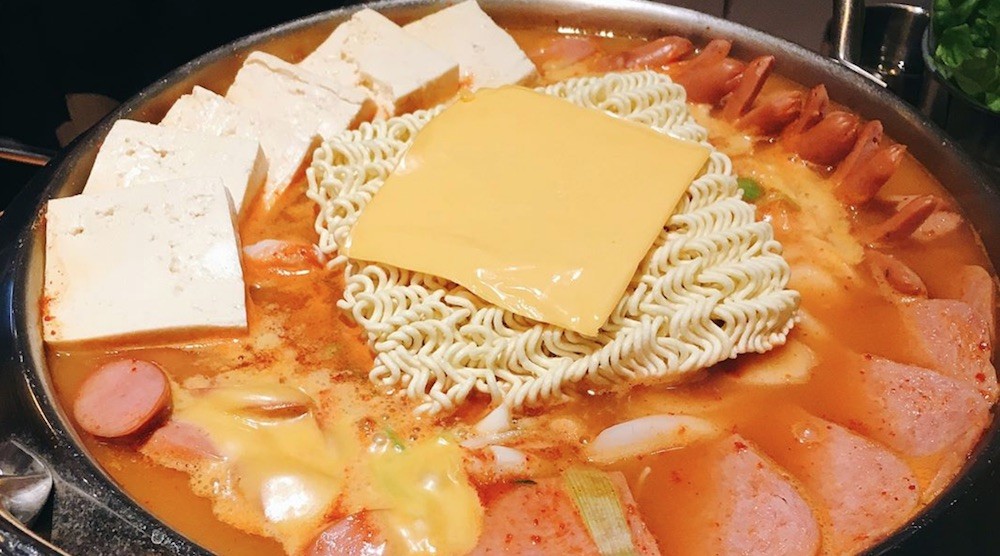 Hot Pot comes in many forms, and each has its own roots. But there’s one kind of Korean Hot Pot where you might say the cheese stands alone. It’s known as Army Base Hot Pot, or Army Stew, and it’s full of all sorts of iconic ingredients that mesh lowbrow American convenience eats with Korean flavour.

Army Base Hot Pot is called Budae Jjigae in Korean, which brings together the words for military base and soup or stew.

It’s pretty much a dish that makes the best out of what’s around–a kitchen sink soup swimming in history that tells the story of a time and place.

Often made for sharing, these bowls of hot pot bubble with kimchi-studded broth, giving the dish a glaring red-orange hue. The ingredients are sliced and simmer in the soup, and can be modified for taste–add some tofu and sliced green onions, throw in extra ramen noodles, float a few extra cheese slices, skip what you don’t like.

You can definitely find Army Base Hot Pot in Metro Vancouver. Look for it at Korean restaurants like Richmond’s Dolpan BBQ, which does a shareable version with pork belly, sausages, spam, beans, kimchi, and ramen.

Give this spicy bowl of history a try and see if it goes on your crave-worthy list!