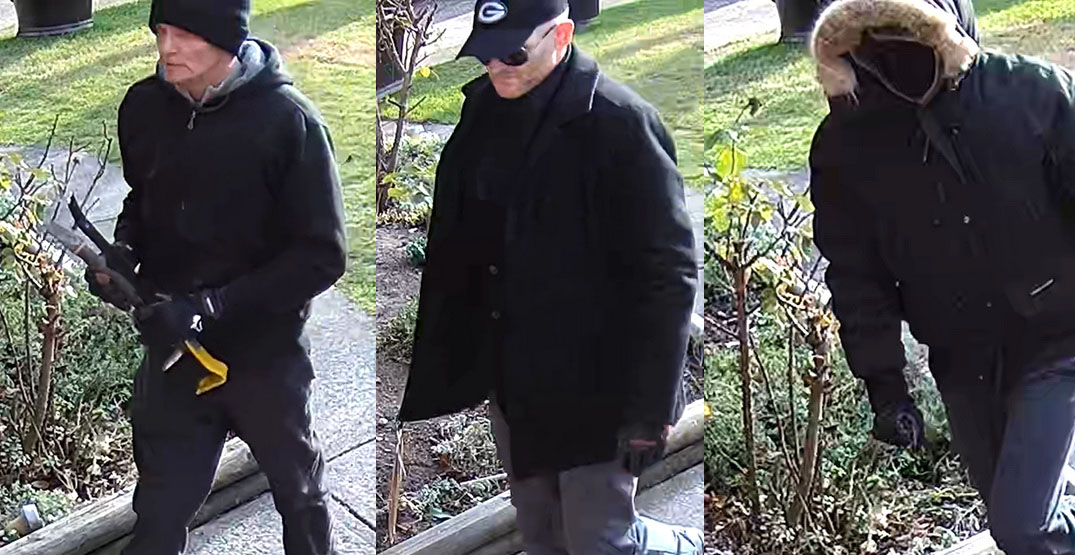 Richmond RCMP have released photos of three suspects they say broke into the same home twice last year, forcing a woman inside to the ground on one occasion.

Mounties first alerted the public to the crime right after it happened in November 2019, but at that time they only had a composite sketch of one suspect. Now they’ve found photos of the three men, and they’re asking for the public’s help to identify them.

The men are accused of breaking into a home in the 11000 block of Oldfield Drive for the first time on November 18, 2018. They apparently posed as city bylaw officers and forced their way into the house.

A woman inside was forced to the ground, but managed to contact police.

The suspects fled in a dark SUV before police got there, Richmond RCMP said in a news release at the time.

Ten days after the first break-in, police said the suspects returned to the home in a stolen U-Haul truck, broke in again, and loaded the truck with stolen items from the home.

Police believe the break-ins were targeted because one resident of the house is known to police.

Anyone who witnessed the crimes or who has information about the suspects is asked to contact Const. K. Deshane of the Richmond RCMP General Investigation Section and quote file #2019-37989. The Richmond RCMP non-emergency line is 604-278-1212 or they can be reached at [email protected]

Tips can also be submitted anonymously to Crime Stoppers.