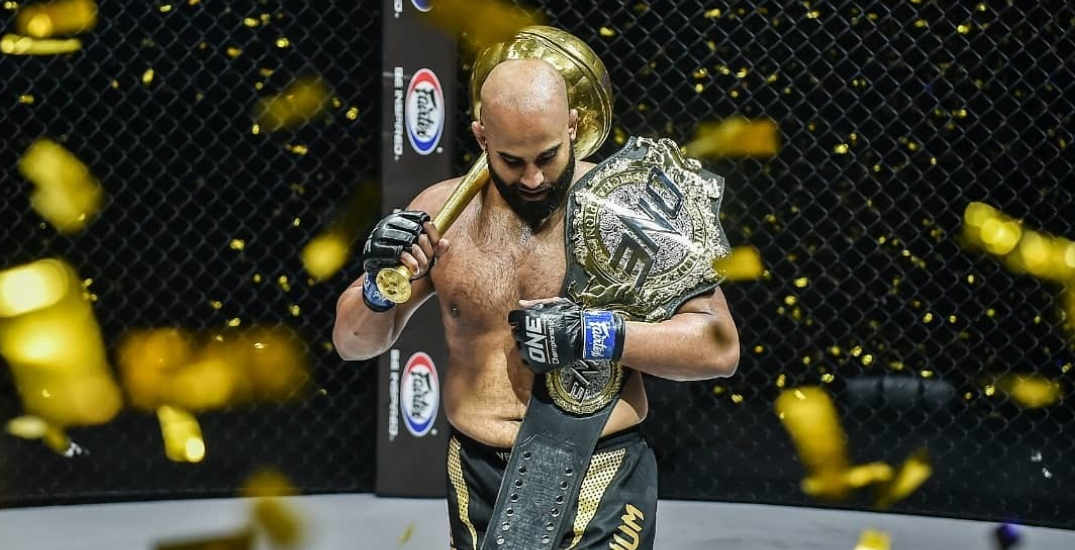 Arjan Singh Bhullar made history on May 15 as he claimed the ONE Heavyweight World Title, beating out reigning champion Brandon Vera in the second round.

Following the big win, Bhullar took to social media to thank his fans, saying he was humbled by the support he’s received from around the world.

“If you got dreams, chase them down,” he tweeted. “History made.”

ONE Championship is a mixed martial arts, kickboxing, and Muay Thai organization based in Singapore.

Bhullar and Vera were originally supposed to square-off for the heavyweight title in 2020, but the fight was cancelled due to the COVID-19 pandemic.